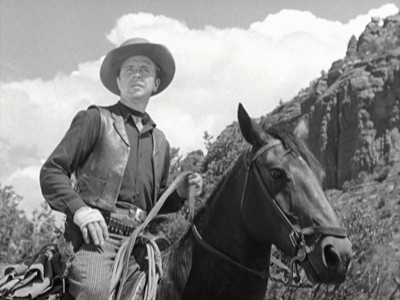 Look closely, and you'll find something familiar around the edges of 1948's Station West - it's a classic Film Noir story adapted for an 1881 sagebrush setting. In this RKO production, you have the regular-guy hero trapped in a web of evildoing beyond his control - played by Dick Powell in cynic mode off his career resurgence in Murder, My Sweet. Powell's John Martin Haven becomes entranced by a seductive femme fatale saloon proprietress. The shady lady is embodied by beautiful Jane Greer, fresh off her noir turn in Out of the Past. Those in the market for offbeat Westerns ought to like this crafty little good vs. evil saga, newly released on m.o.d. disc by Warner Archives.

Filmed on location in the mountains of Sedona, Arizona, Station West by all appearances should have been just another mid-budget, melodramatic oater. It rises above the pack, however, via a witty script (by Frank Fenton and Winston Miller) and smooth direction (by Sidney Lanfield, better known for comedies like 1943's The Meanest Man in the World). In addition to Powell and Greer, the film boasts an excellent, diverse cast of vintage favorites, including Agnes Moorehead, Raymond Burr, Steve Brodie, Burl Ives and Guinn "Big Boy" Williams.

In Station West, Powell's John Martin Haven is a jaded military man who shows up in remote Western town investigating a rash of gold thefts at a nearby army post. At the town saloon, he picks a fight with a lieutenant (Brodie) who escorts Haven to a secret meeting with the man's superior, Captain George Iles (Tom Powers). Iles tells Martin to continue working undercover to identify the thieves, reporting his findings to Mrs. Mary Caslon (Moorehead), a gold mine owner in cahoots with Iles. Haven's search takes him back to the saloon - seeking out its proprietor, Charlie, Haven is surprised to find that it's an attractive woman (Greer). Haven eventually comes to work for Charlie, unaware that her illicit activity marks her as Haven's top suspect.

Since we're dealing with a Western with strong noir overtones, the motivations of everyone involved are not as they appear. Haven's skepticism proves him correct, in the end, as he figures out that the gold thefts are connected with a group of bullying bandits hiding out in a remote saw mill. Although the film gets somewhat poky-paced and dialogue-reliant at times, the script delivers some excellent characterizations of the people involved in this massive scheme, big and small. Viewers will relish at the quirky characters Powell comes across in his sleuthing, including Raymond Burr's cowardly lawyer (Perry Mason he ain't), who crumbles when faced with a death threat from Greer's Charlie. I also enjoyed Gordon Oliver in the smallish role of Prince, Charlie's shifty assistant, who looks to be about as gay as a man can appear in a 1940s movie without explicitly saying so. 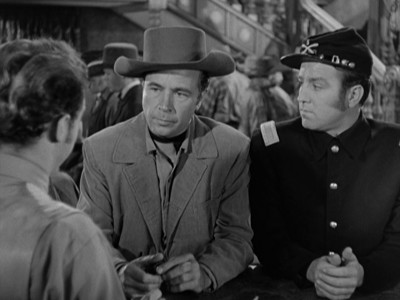 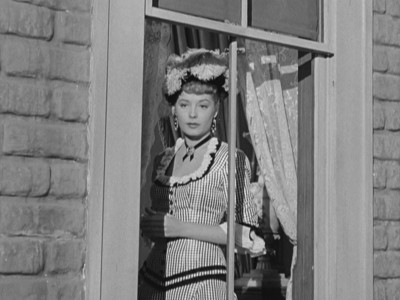 Like many other Warner Archives discs, this release sports an unrestored 4:3 black and white picture with a moderate amount of specks and wear. The source print is in good shape, however, with large swaths having nicely balanced light levels and a pleasingly clean, grainy texture. One scene has well-contrasted footage alternating with milky, low-contrast film, a defect which was likely present in the original. Although TCM has been known to broadcast a reformatted version of this film with different opening credits, this DVD contains the original RKO opening titles.

The film's mono soundtrack is duly showcases here in a passable mix which contains a few pops and fuzz during the track's louder passages. Kept in decent shape for a 1948 film, it fares about the same as the visuals. No subtitles are included.

None. A simple menu sports just a "Play" option.

A sharp, intelligent Western for people who normally don't like Westerns, Station West is an entirely unique creation - and everyone involved knows it. How could you not like a movie that has Burl Ives as a folk-singing, philosophical lodge keeper? This atmospheric noir-out-West is a valuable addition to the Warner Archive library. Recommended. 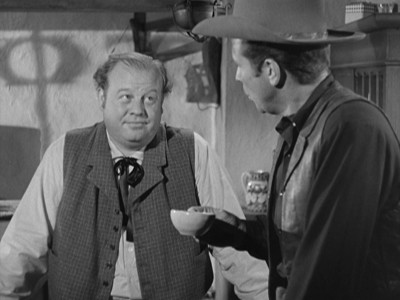 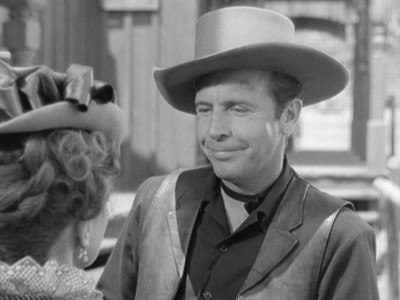