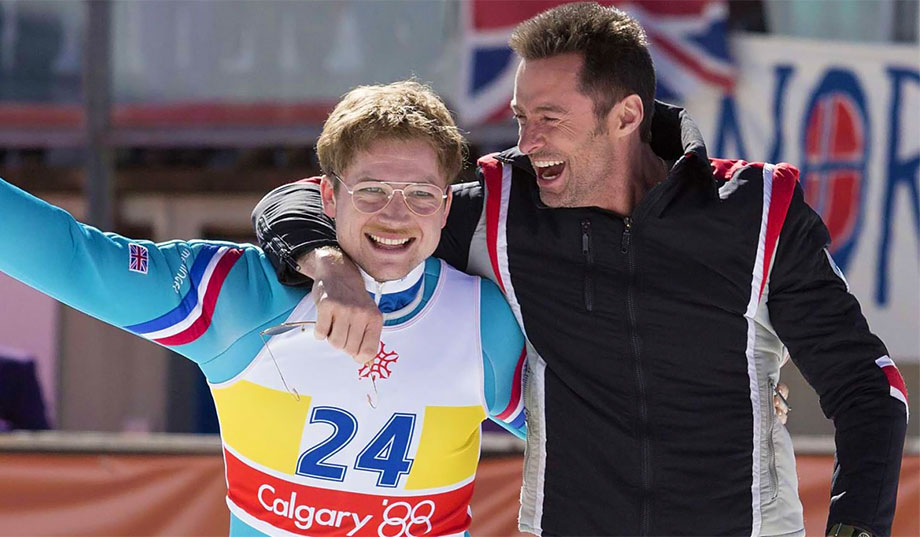 Sports movies have their very own, specific kind of cheese, a cheese that only exists & can be accepted when served a very certain way. Think back to your favorite sports films; are they good, or are they so incredibly & perfectly sappy that you fall in love without even knowing it and without critiquing the content the way you would during any other film? I know from my love for individual sports movies of the past that I'll forgive a great deal if the hero wins the big game in the end, if a team learns a valuable lesson, or if the story is true & full of hope. Eddie the Eagle is this kind of feature; a cheese ball of bad lines, bad direction, and bad acting, but a product we'll have already forgiven when the final credits roll.

This is the real life tale of Michael "Eddie" Edwards and his dream of someday becoming an Olympian. Eddie was never the strongest, most agile athlete growing up; actually, he was a bumbling, bespectacled oddball whose knees didn't work properly. But that didn't stop him from dreaming big, constantly telling this mother & father that he was off to the Olympics. All he had to do was find a sport. Eventually, skiing became Eddie's thing, and he was very good at it, nearly making the British Olympic squad. But this ungainly weirdo wasn't the product that the committee wanted, so he was held out of competition. Would that stop Eddie the Eagle? Of course not, and so he dropped skiing for ski jumping, a much more dangerous & terrifying sport. But to the Olympics he would go, one way or another, and no one would tell him that his dream could not come true. 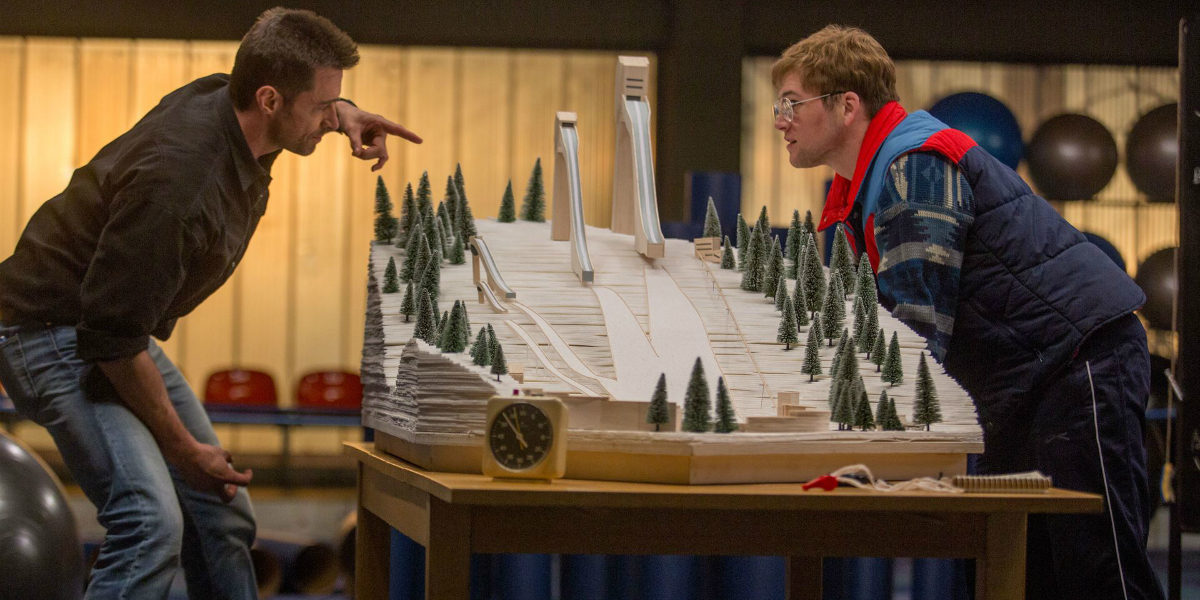 As with other sports movies of this type, you'll have to forgive quite a lot in order to enjoy it. You'll have to forgive some terrible, terrible dialogue that someone must have written on the back of a cocktail napkin in the middle of a bender. You'll have to forgive goofy pratfalls that seem completely fake & silly and shouldn't even amuse your average 12-year-old. And you'll have to forgive some of the worst acting and the worse accent you've ever seen from Hugh Jackman, an Aussie pretending to be a cowboy who couldn't possibly make any of his lines believable while wearing that belt buckle. Yes, in order to be entertained & inspired by Eddie the Eagle you're going to have to put a lot of your taste aside, drink the sap, and let it fill your heart. If you can do that, then there's actually a few gold nuggets hiding beneath all this silt.

First off, the beginning of the film is quite touching. Eddie's humble beginnings, his relationship with his mom, his big glasses; there's some heart-warming stuff there. And at the opposite end, the finale has one of those big, teary-eyed moments that should get you where it counts, as long as you gave in at some point during the film. Top that all off with a great performance from Taron Egerton, and you've got at least a bronze medal, if not exactly a gold. The kid's got talent (Testament of Youth, Kingsman, Legend) and he's here to stay, so keep an eye peeled for his roles going forward. Does he & the intrinsic sports-movie magic save the day and keep this film from totally tanking? I'd say yes, if barely, those pieces standing out in what is otherwise a pretty poor product. 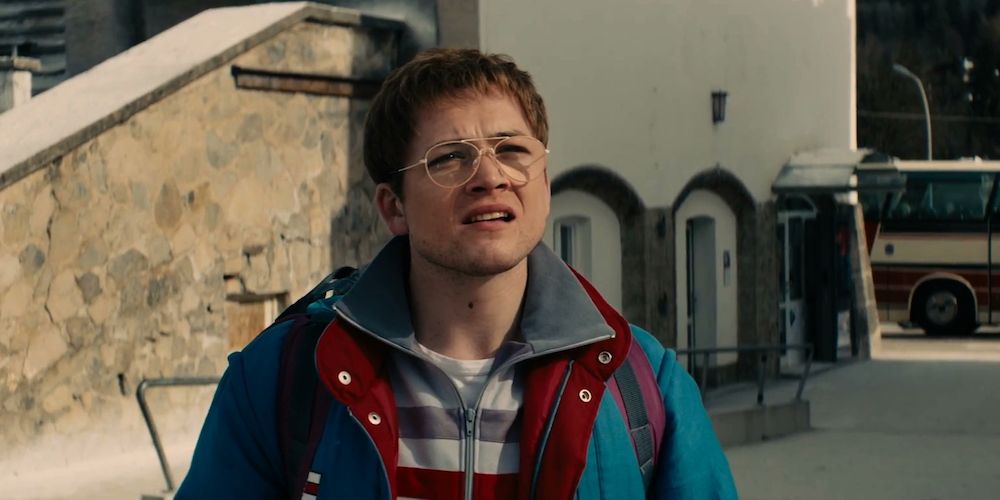