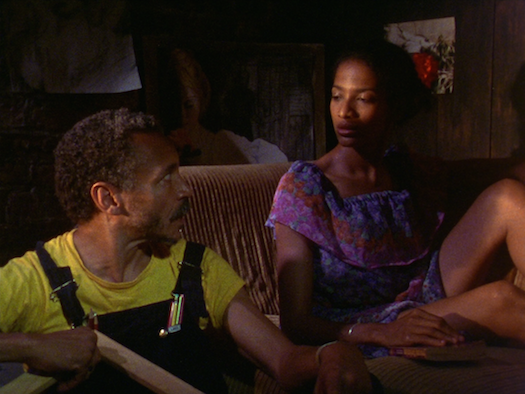 In the late '70s and early '80s, some of the most striking examples of American independent cinema were starting to be produced by black filmmakers. Unfortunately, for various logistical and legal reasons, many of these shoestring-budgeted masterpieces failed to secure theatrical distribution and for decades have surfaced only in sporadic film-class and repertory screenings. In 2007, Charles Burnett's jaw-dropping debut Killer of Sheep finally got clear of red tape and received an overdue theatrical run before arriving on DVD, paired with Burnett's also-great second film, My Brother's Wedding. Now, at long last, one of the other quietly beloved films from this forgotten Black New Wave, 1982's Losing Ground, is seeing the light of day. (Fingers crossed that Billy Woodberry's Bless Their Little Hearts is not far behind.)

Written and directed by playwright and professor Kathleen Collins, Losing Ground is possibly the first feature film directed by an African-American woman (my internet research is inconclusive, but most evidence points to this probably being true). Collins's premature death from cancer at age 46 also means that the film must stand in for a brilliant filmography that might have been. These are both loaded distinctions, and they unfairly burden Losing Ground -- an intelligent, effective, but essentially modest film -- with overblown expectations.

The film stars Pretty Baby's Seret Scott as Sara, a philosophy professor whose passion and untempered braininess attracts all sorts of students to her. At the beginning of the film, one of her students engages her in a smarty-pants discussion about Jean Genet and otherness, before he lets the other shoe drop: "Your husband appreciates you?" Sara is able to dodge the flirting, but the film makes it clear that this is an unexpectedly pertinent query.

Bill Gunn, the director and co-star of the underseen Ganja & Hess, appears here as Sara's narcissist-artist husband Victor, who seems to value his wife largely because her cool, analytical mind is a counterpoint to his restless creativity. Victor has just made a big sale of an abstract work to a museum and decides to celebrate by renting a giant cottage in upstate New York for the summer. He hopes to spend time admiring the landscape (and the locals) and maybe get back into creating paintings that look like people and recognizable objects. Sara feels she is being treated like an afterthought in this plan; she is in the middle of writing a major paper and when she asks if there are any libraries upstate, Victor shrugs and tells her she can commute back and forth to the city if the books are so important to her.

The film becomes a portrait not only of a marriage under strain but also of an awakening in bookworm Sara, as she grows to embrace the creative, ecstatic impulses which seemed so quizzical to her before. A student named George (Gary Bolling) invites Sara to star in his thesis film, which he describes as an examination of the "tragic mulatto." He hopes to express this by creating a dance version of the Frankie and Johnny myth, with Sara as Frankie. Peeved at Victor's decision to start painting portraits of a young Puerto Rican woman (Maritza Rivera) all day, Sara decides to flee back to the city and join the film. George's dapper uncle Duke (the inimitable Duane Jones, of Ganja & Hess and Night of the Living Dead) plays the Johnny role in the film-within-a-film, and his quick intellect and self-effacing charm catches Sara by surprise, disarming her and cracking open her facade of utter reasonableness.

Collins's plotting is low-key and takes quite a few unexpected turns, even if viewers will be able to read her intentions for the characters quite early in the film. There's no denying the low budget is a frequent detriment, as the acting and directing are sporadically too stiff. In many key moments, the actors are brilliant; this suggests that the scenes that don't work were probably casualties of a compressed film shoot, rushed to completion without nailing down the emotional content first. Scott and Gunn drift in and out of their characters now and again, but they certainly lock in during the film's closing confrontational scenes. Jones, on the other hand, is note-perfect as a self-aware, over-the-hill fop; he gives the kind of performance that inspires the other folks onscreen to up their own acting game when they share a scene.

It's heartening to see Losing Ground receive a belated theatrical and home video release, because it does hold a place of importance in the history of black cinema, women's cinema, and independent cinema, for starters. I don't love the film as much as the many critics whose glowing reviews I read in the lead-up to finally seeing it myself, but it's hard to deny that Kathleen Collins was a strong writer who was starting to find her footing as a film director. It is truly a tragedy that we will never get to see what other films she would have made. 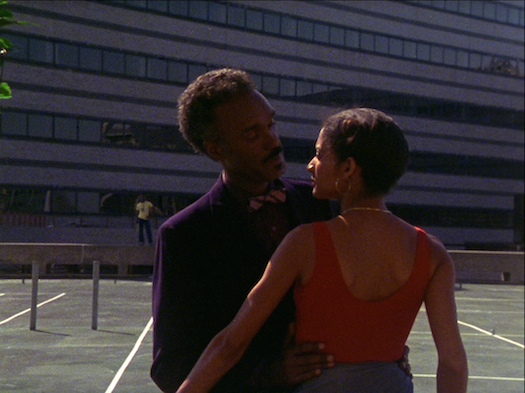 The Blu-ray
Losing Ground is presented on 2 Blu-rays, with the feature film, audio commentary, and trailer on disc 1, and the remaining bonus features on disc 2.

The Video:
This AVC-encoded 1080p 1.33:1 presentation is a relatively strong transfer of less-than-pristine 16mm film elements. Lots of heavy film grain and consistent light speckling, but the image is balanced and stable otherwise. The source material is sometimes soft on detail but the image here sports strong, realistic colors and deep, rich blacks. The encode has been supplied with a generous bitrate, and I spotted no digital compression problems.

The Audio:
The LPCM 2.0 mono audio is a mishmash of production audio, post-dubbed dialogue, and music cues of varying fidelity. As with the picture, the sound has its low-budget idiosyncrasies, but the digital transfer does an admirable job of reproducing them faithfully without compounding the flaws and quirks. The disc offers one subtitle option: English SDH.

Special Features:
Note: The two short films below have optional subtitles (English SDH), but the interviews do not.

- A thoughtful but spotty commentary, dotted with many long pauses as Horton-Stallings and Francis seem to just soak in the movie. As black female academics, they both seem to utterly relate to the story that Kathleen Collins is telling and so their comments flip back and forth between structured analysis and loose appreciation. Sadly, they don't seem to have much history about the production to share, which is what this particular viewer was hungry for.

Final Thoughts:
A long overdue release for an important piece of film history. While Losing Ground doesn't fully realize the potential of its smart script and talented cast, it is still a striking feature film debut (and, sadly, swan song) for director Kathleen Collins. As they have in the past, Milestone has really gone above and beyond with engaging and informative supplements. The overall 2-disc package definitely comes Highly Recommended. 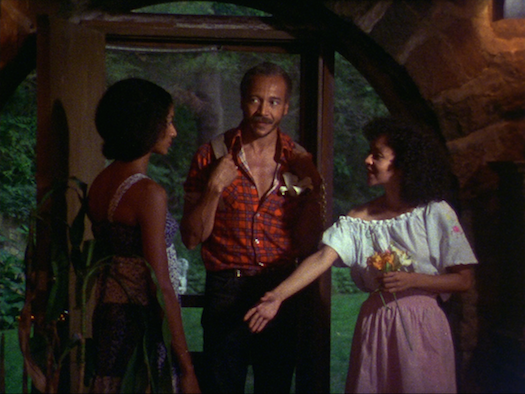