Wild Eye aka L'occhio Selvaggio, The 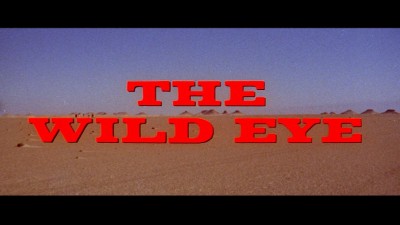 
The Movie
Decades before Nightcrawler showed the dark underbelly of television news, director Paolo Cavara, one of the men behind the controversial Italian quasi-documentary Mondo cane, did the same for the genre he practically invented. The Wild Eye turns the camera on Paolo (Philippe Leroy), a director of mondo documentaries who's willing to do whatever it takes to get the footage he wants, including putting his own crew in danger and treating Barbara (Delia Boccardo), the one woman in life, like a possession rather than a person.

Much like the mondo films Cavara popularized with Mondo cane, The Wild Eye doesn't adhere to much of a narrative structure, following Paolo on his filmmaking travels, and exploring his character through the experiences and Barbara's reaction to them, whether it's watching drug addicts having their habits beat out of them or infiltrating the front lines of war in Vietnam. Paolo is a master manipulator, and Barbara an all-too-willing subject of his schemes, enabling his aggressive, controlling, misogynistic and cold behavior with her complacency. No good can come of the pairing, and no good does. 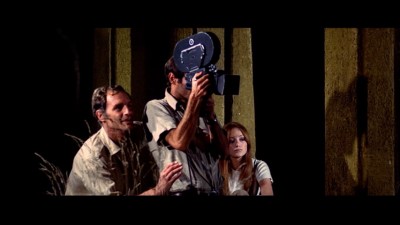 Barbara's unfortunate decision to follow Paolo around Asia takes her to some dark places, but there never seems to be any growth in the characters and motivation isn't really expressed at any point, forcing us to just accept that these characters' actions make sense, as they move from location to location, collecting unusual footage. It doesn't help that the plot is minimal at best, with the film stringing together moments like a travelogue, connected by scenes shared by the core lovers. The lack of plot is such an issue that, when the film ends suddenly, you'd be hard-pressed to explain what exactly happened. Ultimately, it's just a pointless character study of people lacking character.

The only thing that keeps this odd mess from being a waste of time are two scenes late in the proceedings that are remarkably dark and edgy, and fascinating to watch. Much like Nightcrawler, these scenes test the limits of what Paolo will do to get his shot, and those limits are quite out there. If what happens in these two scenes took place in a mainstream film today, the thinkpieces and editorials would be overwhelming, but here they are in a film made more than 45 years ago. As much as it makes sense that the slower, less engaging early scenes are laying the foundation for Paolo's later actions, that he is no different at the end than he was at the beginning leaves the film feeling like a meaningless stunt. Perhaps if there was more to Barbara even, this would be a better movie. As it is, it's an interesting bit of meta filmmaking. 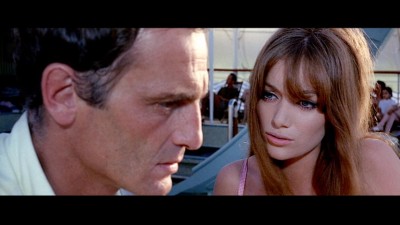 The DVD
The film arrives on one DVD, which is packed into a standard keepcase. The disc offers a static, anamorphic widescreen menu with options to play the film and check out the extras. There are no audio options and no subtitles.

The Quality
The 2.35:1 anamorphic widescreen transfer (from a new 2K scan) starts off looking fantastic, with a gorgeous desert vista full of terrific color, but when the titles unfurl, dirt and damage come with them (a concern that lessens a bit once the titles are finished.) Overall, from a distance, the movie looks quite nice, with good color and a decent level of fine detail, but get on top of the image and noise becomes very evident (heavily so in some scenes.) Black levels are good, but not great, which is an issue, because there are a few scenes that take place in almost total darkness, and it's all but impossible to figure out what's happening. There doesn't look to be any issues with digital distractions introduced.

Supposedly, this film is dubbed in English from the original Italian, and that sense of disconnect is present, but the characters' mouths match up with their voices far too well for a dub. Either way, the Dolby Digital 2.0 track dupes the film's mono sound, and though it's clean throughout, it's also remarkably sterile, lacking in terms of sound outside of the dialogue and music. Those tunes though are strong, a mix of moody instrumentals and jazzy lounge music that make the movie an interesting listen.

The Extras
An interview with Lars Bloch, who plays Barbara's husband in the film, runs 13 minutes, allowing him to tell stories about the production, including a nude party that disrupted the crew, and talk about his own career in film. He's a jovial fellow that's entertaining to listen to talk about an odd time of his life.

The only other extra is a 2:17 trailer for the film, which is an absolute spoiler-fest. 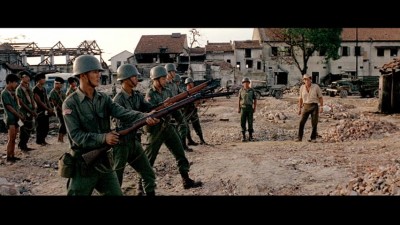 The Bottom Line
The Wild Eye has a great premise but falls far short on the execution, and the result is a film that's light on plot and frequently dull, coming to life mainly down the home stretch before coming to a dead stop. The presentation is solid, and there's a brief but interesting extra, making this a movie that's worth a look as a curiosity, but little more.