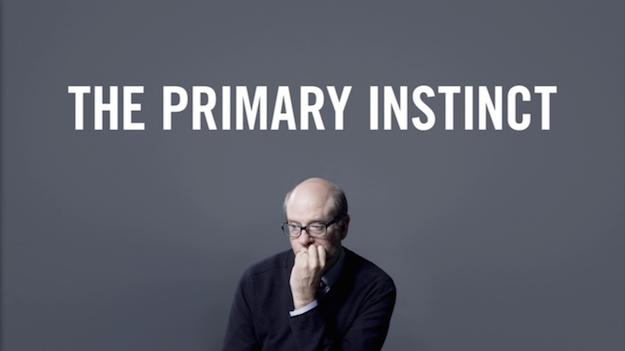 Stephen Tobolowsky is a character actor with over 200 credits, although he is possibly best remembered as the annoyingly cheery Ned Ryerson from Groundhog Day. In the past decade, he has also started to make a name for himself as a storyteller. The 2005 film Stephen Tobolowsky's Birthday Party gave audiences their first exposure to Tobolowsky's gift for shaping his life experiences into short monologues that are often as meaningful and touching as they are smart and funny. With the rise of podcasts, Tobolowsky found a new outlet for his talent for talking: the nearly six dozen episodes of The Tobolowsky Files (a show that, I'm sad to admit, I have yet to start listening to). Now, David Chen, Tobolowsky's podcast partner, has directed The Primary Instinct, a simple but highly entertaining concert film that finds the actor wrestling with the very nature of storytelling.

The title, it turns out, is a bit of a misdirect. It refers to a phrase often repeated by Tobolowsky's late mother: "Self-preservation is the primary instinct." Tobolowsky doesn't mention the phrase until he is deep into his performance, but it turns out that this particular collection of anecdotes and digressions have been compiled to build an argument against this very sentiment. Tobolowsky has a superficially discursive style, but he uses the seeming randomness of his observations to gently reveal his overall philosophy with the subtlety of mismatched pieces neatly fitting together into a puzzle. I won't spoil the reveal of what exactly he thinks is actually humankind's primary instinct, but needless to say, our attraction to storytelling plays into it.

"True always trumps clever," Tobolowsky declares is his main attitude toward storytelling, and during this roughly 60-minute performance, he zigzags across his personal history, focusing quite a bit on his family and recounting moments from his earliest childhood all the way up until a few years ago. He discusses the email blast he squeamishly sent to a bunch of writers and producers after a serious accident put him out of work for several months, and how it led to him getting an... um... offbeat job offer. He talks about pushing through a crowd of reporters as a little kid to get the autographs of a bunch of football players he didn't even know just because his brother dared him to do it. He paints a vivid picture of trying to keep his mother from discovering his post-collegiate tendency toward debauchery at the same time a coke-and-sex-fueled party was occurring at his home.

Listening to Tobolowsky go back over these events, it's clear that even if he doesn't see himself as "clever," he is exceedingly smart. He never telegraphs the comic punchlines or the unexpected emotional reveals -- his background as an actor no doubt allows him to be ever "in the moment" -- but he always makes sure his stories feature these potent elements. More than a few times I found myself chuckling through tears. Because of their "truth," the stories never feel cutesy or manipulative. It must be said, however, that when Tobolowsky finally attempts to bring capital-M Meaning to all of these scattered stories in his finale, he overreaches -- just a bit. It's certainly not enough of a strain to nullify everything that came before, but it's a little less persuasive and a little less engaging than the consistently impressive show that has unfolded before then. 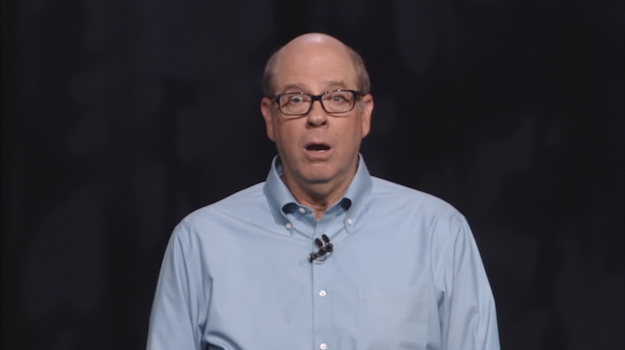 The Video & Audio:
A fairly straightforward but satisfying presentation. The widescreen 1.78:1 video is clean and stable. Detail is a touch soft, but not too bad for SD. A little bit of noise, but it's not too pervasive or distracting. Sound-wise, there's a Dolby 2.0 stereo audio mix, which is not flashy but is consistently clear and understandable. No subtitles, but there are English closed captions.

(20:36) - The film is book-ended with moments of Tobolowsky, sitting alone, being interviewed by David Chen. Here are a number of unused interview moments, in which he mostly talks more about his acting career. Fascinating and funny stuff, and I could've sat through much more.

Final Thoughts:
The Primary Instinct is an excellent showcase for the raconteur side of character actor Stephen Tobolowsky. Anyone who has heard his podcast or has seen his prior film, Stephen Tobolowsky's Birthday Party, knows exactly the kind of atypical but utterly engaging stories to expect. Familiarity with his work is not a prerequisite, however, and newcomers are surely welcome. Highly Recommended. 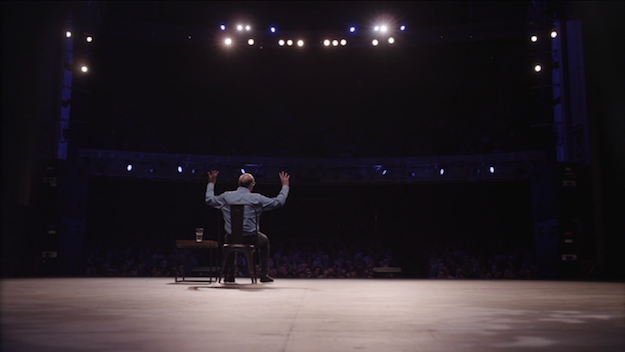