How to Eat Your Watermelon in White Company (And Enjoy It) 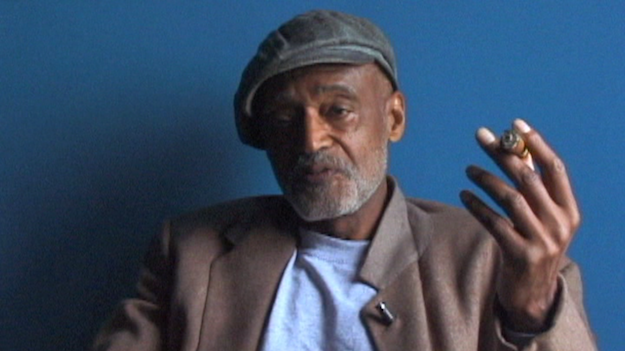 A little over a decade ago -- shortly after Mario Van Peebles attempted to recreate the chaotic production of his father's seminal cult film Sweet Sweetback's Baadasssss Song in his own underrated drama Baadasssss! -- filmmakers Joe Angio and Michael Solomon completed a less personal but no less fascinating documentary portrait of Sweetback director Melvin Van Peebles, How to Eat Your Watermelon in White Company (And Enjoy It). The films tracks Melvin from his modest beginnings as a San Francisco cable car operator to his '70s apex as both an industry-changing filmmaker and a Tony-nominated Broadway playwright, before continuing on to a handful of other bizarre sidelines he took up afterward.

Melvin's earliest days are quickly recapped in a mock-old-timey newsreel, but it's one of the few distracting stylistic choices in the film. For the most part, Angio and Solomon employ a satisfying mix of archive material and new interviews to explore their subject's circuitous route to filmmaking notoriety. During his late '50s tenure on the cable cars, Melvin published a novel and produced some ultra-low-budget short films. Melvin claims these accomplishments angered his bigoted boss, so he got canned and flew from San Francisco to Europe. Like many black artists of the time, he found more appreciation for his work in France. He wrote his novels and also humor pieces for Hara-Kiri, which was the direct precursor to the satirical paper Charlie Hebdo (many of Melvin's cartoonist colleagues are interviewed in this film, including Wolinski, who was one of the men killed in the 2015 attack at that paper's offices). Melvin exploited a legal loophole that gave French authors the ability to direct adaptations of their own work for the screen, and with Story of a Three-Day Pass, he became a working, professional filmmaker.

Three-Day Pass got him enough attention that Hollywood came calling, which led to Melvin directing the comedy Watermelon Man for Columbia. The film stars Godfrey Cambridge as a suburban white jerk who wakes up one day to discover he has turned black. It's astonishing to hear Melvin discuss how the studio wanted to cast a white actor, like Alan Arkin, and then have him be in blackface for the majority of the movie, instead of Melvin's more logical approach, which has Cambridge in whiteface for the film's early scenes. Melvin is also quite funny discussing how the studio wanted him to shoot an "alternate" version of the movie where Cambridge's character is let off the hook and turns white again; Melvin conveniently "forgot" to shoot that footage to leave them the option.

Even with a Hollywood hit under his belt, Melvin's next idea proved too hot for the studios to touch. The story of a petty criminal, irresistible to the ladies, who fights back against the oppression of the racist cops and becomes a radical on the lam, Sweet Sweetback's Baadasssss Song is a landmark of black cinema and independent cinema in general. While the drama Baadasssss! does a better job of detailing the determination and hustle Melvin employed to get the flick made, this film effectively places Sweetback in the greater cultural context and within the context of Melvin's multi-hyphenate career.

The big financial returns on Sweetback meant that Melvin could explore other creative avenues. He mounted a pair of Broadway musicals about black ghetto life, despite the fact he has no understanding of music theory (he refers to musical notes by a number system he constructed). He released a series of albums despite being unable to sing in tune -- "a frog on crack," is how his son Mario describes the sound -- becoming a forefather of rap music almost by necessity.

The documentary gets a little sketchier after the simultaneous stage and film production of 1973's Don't Play Us Cheap (the out-of-print soundtrack is an all-time great: get yourself a used copy if you can). Creative opportunities seem to have dried up for Melvin, so in the mid-'80s he became a Wall Street stock trader to fill his time. He also became a kind of twisted Andy Rooney, making memorable editorials for a New York local news broadcast. The film is also sprinkled with behind-the-scenes footage of Melvin shooting a film in France, Bellyful, in 1999 (although it doesn't seem like that film ever got U.S. distribution).

Although the doc doesn't buff over its subject's rough edges, it only offers hints of his personal life. Three of his kids are interviewed in the film, but no mention is made of their mother. Melvin's friends talk about his constant womanizing, but we never get to meet any of his current girlfriends. Now, there's no need to air dirty laundry for its own sake, but it seems like a facet of the man that deserves more consideration.

Even with its minor blind spots, How to Eat Your Watermelon in White Company (And Enjoy It) is tremendously entertaining and informative. Melvin Van Peebles is an engaging documentary subject and a creative force whose legacy deserves wider recognition. If you didn't hear about this doc during its initial release, this re-release is a great chance to catch up. 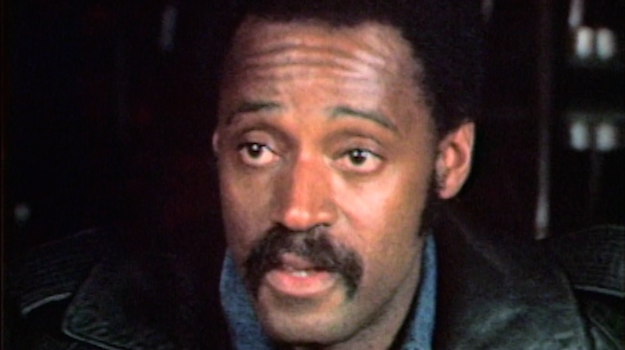 The Video & Audio:
Apart from the shock of how dated DV footage from a mere ten years ago already looks, the widescreen 1.78:1 video and Dolby 2.0 stereo audio reflect pretty much what one would expect from a documentary cobbled together from various archival and newly-shot sources. A few of the interviews suffer from moments of overmodulation, but nothing that obscures what is being said. The disc offers one subtitle option: English SDH.

Special Features:
Apart from "Gotta Eat," these are all carried over from the 2007 DVD release of the film.

Final Thoughts:
I first saw this film at a festival screening around a decade ago, and I have never forgotten it. Melvin Van Peebles is an inspiring and strange man, whose cultural influence should not be underestimated. While too many of his films, records, and books are currently out of print, it is heartening that this tribute is around to keep his unique worldview circulating. Highly Recommended. 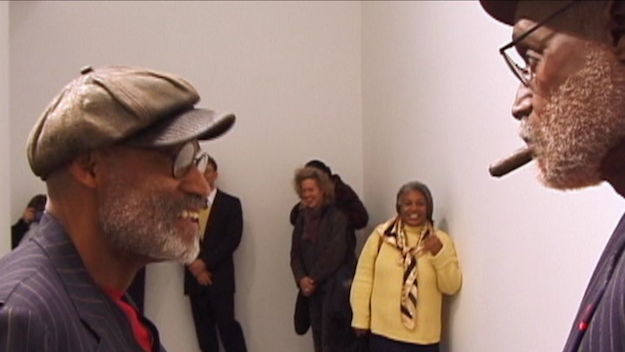