Perry Mason came to a definitive end in 1995, after nearly 40 years. The original series, loosely adapted from Erle Stanley Gardner's detective fiction, began in 1957 and ran for nine seasons, ending in 1966. Star Raymond Burr immediately transitioned to another long-running series, Ironside, which ran eight seasons from 1967-75.

A half-hearted attempt was made to revive Perry Mason with a new cast in 1973, with Monte Markham as the Los Angeles defense attorney with the 1.000 batting record, but that version barely lasted 15 episodes to the original series' 271. By the early 1980s popular shows from the 1950s and ‘60s were revisited via highly-rated TV movie-reunions. (1978's Rescue from Gilligan's Island seems to have been the first, with 1986's Return to Mayberry among the most successful.)

Bringing back Perry Mason seemed inevitable; indeed, around this same time Burr reprised his character from Godzilla, King of the Monsters! (1956) for Godzilla: 1985, and later starred in The Return of Ironside (1993). 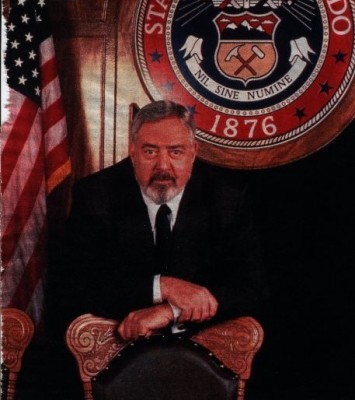 The results were as much like a revival of NBC's "wheel" shows of the 1970s, movie-length TV mysteries like Columbo and McCloud that alternated with one another, for which anywhere from three to eight TV features of each show would be produced each season. They must have been popular, as they often aired during the "rating sweeps" months of February, May, and November.

Perry Mason Movie Collection: Volume 5 (1993-1995) includes the last six of the 30 TV-movies. As it turned out, Raymond Burr appears only in "The Case of the Telltale Talk Show Host" and "The Case of the Killer's Kiss." Reportedly during the filming of the latter (though possibly earlier and kept secret), Burr learned he had inoperable liver cancer and was terminally ill. Enormously liked within the Hollywood community, he threw a series of farewell parties for his hundreds of friends and died peacefully on September 12, 1993, two-and-a-half months before "The Case of the Killer's Kiss" aired.

In retrospect, most viewers would never have guessed Burr was dying, but on closer inspection it's clear he was not well. Already famously obese -- Burr and Orson Welles were the butt of endless jokes during this time -- in this film he's always either seated, made to appear standing but probably actually sitting down (on an out-of-frame barstool, for instance), or leaning on something or another. Near the climax his character rushes out of the courtroom but that is clearly a double wearing inadequate padding. Other than that, his character may not take so much as a single step, resulting in some subconsciously strange character blocking, with other cast members orbiting his star instead.

Despite Burr's death, NBC didn't cancel its order of six Perry films that season. According to Barbara Hale, Burr felt a great responsibility to the cast and crew he had worked with the past eight years and, reportedly, urged them to continue without him, so long as the program remained popular.

And, so, with Burr dead but Perry merely "out of town," the next film, "The Case of the Wicked Wives," was hastily rewritten as "A Perry Mason Mystery," with guest star Paul Sorvino as Anthony Caruso (named after the well-known character actor), a lawyer-friend of Perry's. Perry's lines and Caruso's lines were more or less rolled together into a single part. Barbara Hale and William R. Moses, he as private investigator Ken Malansky, continued in their roles.

For the final three "Perry Mason Mysteries," Hal Holbrook replaced Sorvino as yet another friend of Perry's, "Wild" Bill McKenzie, a country attorney living on a ranch. (After the first reunion movie, filmed in Toronto, subsequent Perry Masons were shot in Colorado rather than Los Angeles to save money, with many scripts geographically murky about their setting.) Presumably all six shows already had stories and scripts in development with the assumption Burr would star in all of them, but by the last couple of Holbrook/McKenzie episodes there's some clear effort to distinguish him from Perry.

In all likelihood the show's producers were hoping this character would catch on, and that its tenuous (to say the least) "Perry Mason" association could gradually be dropped. And, almost certainly, the last show with Burr and the first without him probably drew in viewers curious as to how Burr's death would be handled, but that ratings plummeted soon after.

(Curiously, even as late as the final TV-movie, "Perry" is still alive and well. The last we hear of him is that Della plans to meet him in The Hague.)

One hint of this is that while Barbara Hale gets second-billing in the last one, "The Case of the Killer's Kiss," she appears in just one scene, more or less passing the torch to McKenzie's new secretary, played by Holland Taylor. Hale was by this time past 70 and may have wanted to retire once Burr passed. Another source suggests she was ill at the time, and indeed does look noticeably thinner, but if she was ill she certainly overcame it, and will turn 94 in just a few days.

In the end, what made Perry Mason such a good series back in the ‘50s and ‘60s was the camaraderie among Burr, Hale, and Hopper especially, but also Talman and Collins, a camaraderie that extended off-camera as well. That warm relationship continued with Burr and Hale in the TV movies, but after Burr's death, good as Sorvino and Holbrook are, what made Perry Mason special was gone.

Perry Mason Movie Collection, Volume 5 sounds great but looks pretty terrible, especially compared with the crisp black-and-white transfers of the original series. Likewise shot on 35mm film but finished on tape, these 4:3 shows look soft and smeary, visually at odds with their lively and imaginative use of early television stereo sound, presented here in Dolby Digital format, and which holds up very well today. Optional English SDH are included and the discs are region 1 encoded.

The packaging is oddly a throwback of its own, presumably to allow for easy, later rerelease as three double feature DVDs. Here, three separate DVD cases each contains but a single disc with two each of these 92-minute shows. No Extra Features.

For hardcore Perry Mason fans only, but for them this set brings the "saga" to its resolutely final conclusion and I, for one, am glad to see these sets released at all. For them it's Recommended.