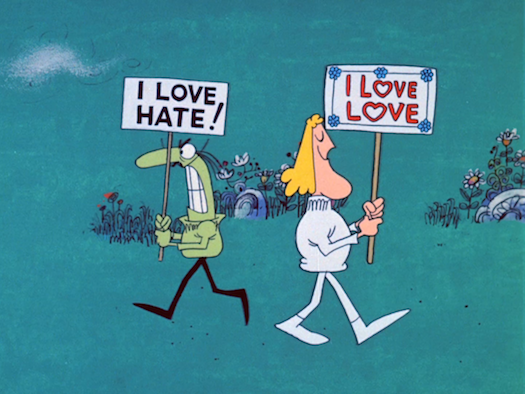 Kino Lorber continues their high-def rollout of titles from DePatie-Freleng Enterprises, the animation company that sprung from the closure of Warner Brothers' theatrical animation studio and was built on the success of the Pink Panther cartoons. Their newest release is this collection of 17 Roland and Rattfink theatrical shorts. While this series has not completely disappeared since its original run from 1968 to 1971 -- shorts appeared on Hulu for a time and were included in the Pink Panther Ultimate Collection box set -- Roland and Rattfink nonetheless remains one of the company's lesser known titles.

Some of this obscurity is due to the fact that the cartoon hasn't been in the TV syndication rotation, like The Inspector and The Ant and the Aardvark (two cartoons I remember seeing on cable as a kid) were, and some of it is due to the fact that Roland and Rattfink are such generic characters by design that it's hard to imagine them sticking in the mind of anyone but animation aficionados.

Now, I don't mean that as a slight exactly. This collection has a lot of entertaining cartoons -- especially in its second half -- but, from cartoon to cartoon, the characterization of Roland the blond-haired, blue-eyed goodie and Rattfink the green-skinned, mustachioed baddie (both voiced in most of the cartoons by Lennie Weinrib) is rarely consistent. Sometimes Rattfink doesn't even have green skin, for whatever reason. According to the bonus features on the disc, this vagueness was company co-head Friz Freleng's intention: he wanted archetypal main characters that could slip into whatever scenario the writers cooked up. The downside to this irreverence toward the personality of the characters, or the kind of stories in which they appear, is that you literally never know what kind of cartoon you're going to get. In other words, a viewer doesn't feel the same kind of informed anticipation that comes from seeing the names Bugs Bunny or Tom & Jerry or The Pink Panther flash on the screen at the start of a new short.

Unsurprisingly, the characters seem most distinct in their first two cartoons, "Hawks and Doves" and "Hurts and Flowers." In these initial stories -- the first riffing on WWI movies, the second reflecting the then-present hippie era -- Roland is a well-meaning peacenik and Rattfink is a violent warmonger. Rattfink beats up on Roland for a bit, but eventually his violent ways backfire on him and the good guy ends up on top. Here's the hitch: while these two stories are the most logical thematically, they aren't a whole heck of a lot of fun. 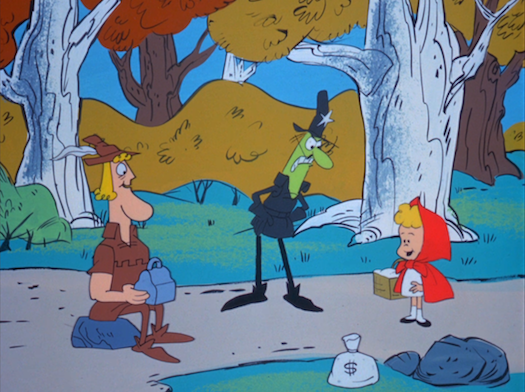 Presumably sensing this, the creative team -- which was also cranking out all the other DePatie-Freleng titles at the same time -- starts throwing all sorts of concepts at the characters, many of them ripped-off from other cartoons. What if Roland and Rattfink are competing in a footrace, like in "Tortoise Beats Hare" ("Flying Feet")? What if Roland was a Dudley Do-Right type mountie and Rattfink was his Snidely Whiplash ("Sweet and Sourdough")? What if Roland and Rattfink were engaged in a Spy Vs. Spy-type battle to keep a secret message away from each other ("A Pair of Sneakers")? Or how about a riff on "A Star Is Bored," where Roland plays Rattfink's stunt double, but Rattfink still gets injured ("Say Cheese, Please")?

It becomes a fun little spot-the-remake game for those who spent too much time staring at cartoons as a kid, but when viewed all together, this first half plays somewhat like the creators are desperately searching for a handle on the characters that keeps eluding them. This seems most apparent during the two cartoons right in the middle of the collection, "A Taste of Money" and "The Foul Kin," that focus solely on Rattfink's money-grubbing ways and pretty much eschew Roland entirely.

Then, somehow, the stories start to feel more confident in the second half. There are still plenty of obvious gag rip-offs from Road Runner or Tom and Jerry or a dozen other previous cartoons, but they don't seem nearly as desperate. "Robin Goodhood" brilliantly casts Roland as the classic robber-of-the-rich, who battles Rattfink's tax collector. This cartoon also includes my favorite moment in the whole collection, which is a long digression during which "Roland Hood" shoots the breeze with his cousin Little Red Riding Hood. "War and Pieces" is a well-executed pirate movie riff, full of great Looney Tunes-type gags, like Rattfink sawing through the gangplank that Roland is standing on, only to have his whole ship sink instead. "Gem Dandy" enjoyably casts Roland as a museum security guard and Rattfink as a determined diamond thief.

Even with its share of solid gags and story premises, the experimental approach to the characters and the divergent styles of each short make it hard to find a groove with this collection and settle in for more than a short or two at a time. For example, some shorts feature sketchy '60s-TV-quality backgrounds while others feature vividly colored and elaborately drawn settings; in "A Fink in the Rink," the main characters aren't even colored-in. It's honestly fascinating, but it makes me think that students of classic cartoons are more likely to get a charge out of this series than someone indiscriminately seeking cartoon entertainment. 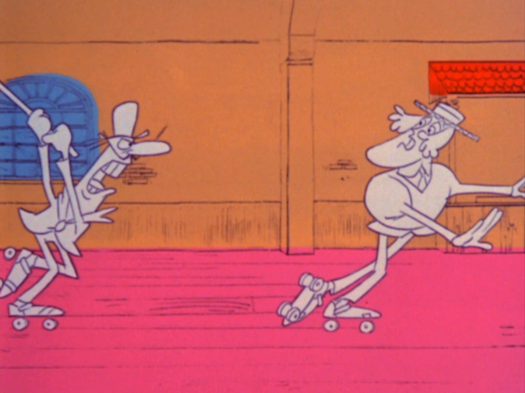 The Blu-ray
The Roland and Rattfink Blu-ray comes with reversible cover art that includes a full-color image on one side and a black-and-white sketched image on the other.

The Video:
As with most of the other titles that have come out in this "DePatie-Freleng Collection," the AVC-encoded 1080p 1.34:1 transfers on these cartoons are strong. Colors are vivid and distinct. Lines are clean. There are a few instances of dirt and specks on the print, but mostly it's clean and stable.

The Audio:
The DTS-HD MA 2.0 mono audio is solid. Dialogue is always bright and understandable. Doug Goodwin's jazz-inflected score is well-mixed and nicely delineated. On a few shorts, especially the closer "Cattle Battle," the soundtrack is sporadically too trebly and the spoken "S"s tend to hiss. No subtitles.

Special Features:
Both of the featurettes can also be found on the new Tijuana Toads Blu-ray.

Final Thoughts:
Roland and Rattfink is an intriguing but erratically amusing attempt to create good-guy and bad-guy archetypes that could be inserted into whatever framework the creators wished. Unfortunately, this largely meant recycling and ripping off ideas from other cartoons. But, to be honest, they picked a lot of entertaining models to emulate along the way, making it hard not to like the series overall. Recommended. 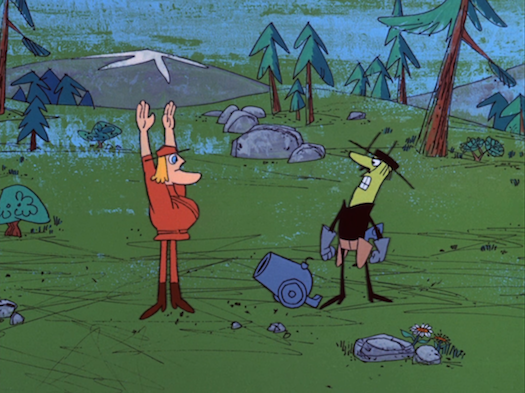