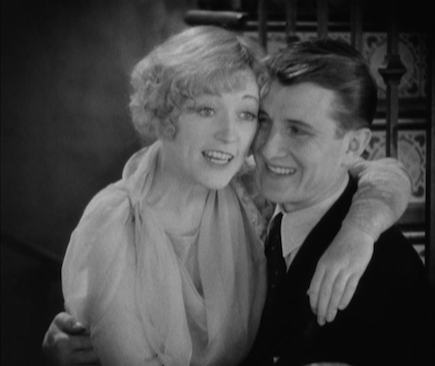 An inoffensive but not particularly sharp farce, 1930's Not So Dumb finds Hollywood smack dab in the middle of its awkward transition from silents to talkies. Two short years before this, King Vidor directed The Crowd, which is frequently held up as one of silent-era Hollywood's most visually imaginative triumphs. Here, Vidor's mise-en-scene consists mostly of bland wide shots, with some small camera pans to follow the action and a few close-ups on leading lady Marion Davies to break up the visual monotony. It feels basically like a filmed stage-play and unsurprisingly the source material is a Broadway hit by George S. Kaufman and Marc Connelly, Dulcy, which had been made as a silent film back in 1923 with Constance Talmadge in the title role and was re-made again in 1940 with Ann Sothern.

The main idea here, as suggested by the on-the-nose re-title, is that chatty high-society dame Dulcinea "Dulcy" Parker (Davies) may superficially appear to be a mistake-prone ditz, but actually her misguided meddling will end up turning out for the best. Dulcy's fiance Gordon (Elliott Nugent) is hoping to cement a big business deal, selling his jewelry business to the curmudgeonly Mr. Forbes (William Holden; no, not that William Holden), so Dulcy invites the whole Forbes family, including young, eligible Angela (Sally Starr) and her stepmom (Julia Faye), to stay over as guests for the weekend. Dulcy also gives invitations to golf-obsessed titan of industry Schuyler Van Dyke (Philadelphia Story screenwriter Donald Ogden Stewart in a rare acting role), to inspire a little competition for Gordon's jewelry business, and Hollywood scriptwriter Vincent Leach (go-to dandy Franklin Pangborn), to woo Angela Forbes (for some damned reason or other).

There are a few small details that Dulcy didn't take into account when she invited all these folks over, such as the tiny hitch that her brother Bill (Raymond Hackett) has been nursing a mad crush on Angela since they were small, or even the minor point that Mr. Van Dyke is not so proper a gentleman that he wouldn't consider trying to romantically pursue Mrs. Forbes when her hubby isn't looking.

Once all the characters are introduced, the plot pretty much putters along toward a predictable finale. There are a few mildly surprising twists, but Georges Feydeau this ain't. Now and again, Not So Dumb hits upon a surprisingly huge laugh or a nice, barbed throwaway line, but mostly it just meanders agreeably for the majority of its 75 minutes.

One major exception is a long scene in which the self-described "scenarist" Leach goes on an extended monologue describing a would-be epic film he is writing about sin through the ages. As he wildly acts out his bold cinematic vision to the delight of the women and the boredom of the men, Mr. Van Dyke accompanies him on the piano in the most intentionally corny fashion possible. In a screwball comedy that's oddly short on big moments, this scene is a madcap delight. 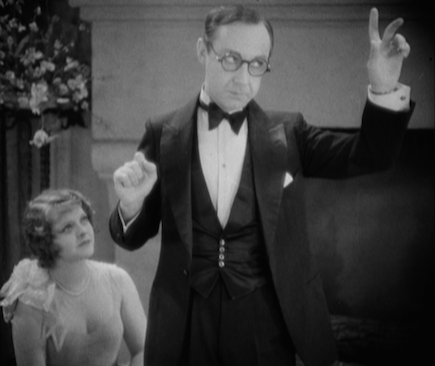 The DVD
Not So Dumb comes to us on a bare-bones manufactured-on-demand (MOD) DVD-R from the Warner Archive Collection.

The Video:
This standard 1.33:1 presentation shows its age, with a fair amount of dirt and specks, and some occasional scratches. Contrast-wise, it looks good; although the film is mostly shot in an unremarkable high-key style, so it's not that tricky of a look to translate on video. Clarity-wise, it's fine for an unremastered SD transfer of an old print. I didn't spot too much distracting digital noise either.

The Audio:
Even without already knowing the history, it becomes clear pretty quickly that this film originates from the early days of sound recording in film. Many sections of the Dolby 2.0 mono audio are too muffled or too brittle-sounding to be fully understood. An early scene at a rainy train station is a washout, with the sound effects trampling all over the dialogue. Sadly, there are no subtitles provided to help out either. Thankfully, most of the film is set indoors and is mostly understandable.

Final Thoughts:
Not So Dumb is frothy, pleasant, and dotted with a few strong belly laughs. You probably won't regret watching it, but you certainly don't need to own it. Rent It. 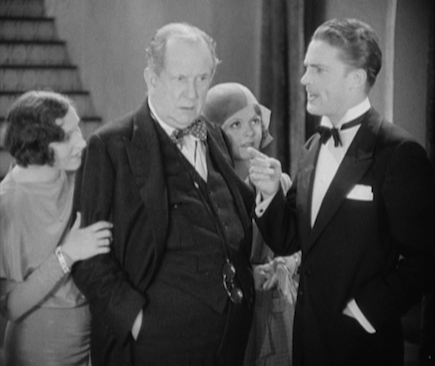