Muriel, or The Time of Return: Criterion Collection 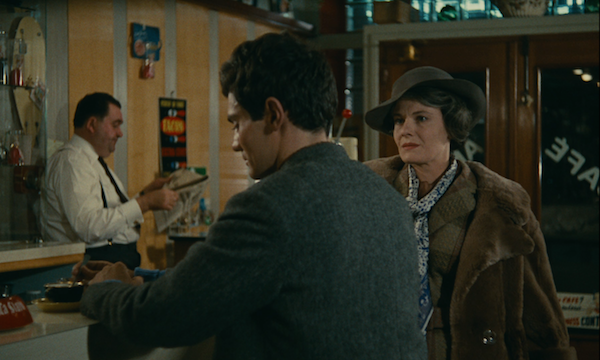 Muriel, or The Time of Return, originally released in 1963, is the third film from Alain Resnais. Like Hiroshima mon amour and Last Year at Marienbad, Muriel is built on Resnais's fascination with time and memory, and what is revealed and obscured by both. There is again a sense of a puzzle being pieced together, although plenty of thoughtful arguments can be had over whether or not Resnais has given us all the pieces we need to see the full picture. Muriel's story is linear but its style is fragmented, with the stately tracking shots of Resnais's first two features replaced by images shot from a tripod and edited at disconcerting intervals. Distracted viewing is not recommended; I had to restart the film a few times on different days because I was not totally focused and I initially got lost.

In much the way that the dropping of the atomic bomb provided an emotional backdrop for Hiroshima mon amour, the fallout of both World War II and the Algerian War lurk like specters over the action of Muriel. Delphine Seyrig, convincingly playing a character a few decades her senior, is Hélène, a widowed antique dealer in the port city of Boulogne. Hélène uses her apartment as her salesroom, allowing Resnais to present her home as a space in flux, as pieces are added and sold, much like the city itself, destroyed by bombing and in the midst of being rebuilt. Alphonse (Jean-Pierre Kérien), the love that Hélène lost during the war, returns to her at last, seemingly to find out if their relationship can also be rebuilt. Alphonse is accompanied by a young actress named Françoise (Nita Klein), who claims to be a niece, but not very convincingly.

One of the ways that Resnais and screenwriter Jean Cayrol (who wrote the text for Night and Fog) subtly fold the Algerian War into this scenario is through the character of Hélène's stepson Bernard (Jean-Baptiste Thierrée). Bernard has recently returned from fighting in the Algerian War and clearly has PTSD, although no one is bothering to talk about it, especially not Bernard. Bernard often tells his stepmom that he is seeing a girl named Muriel, but often claims that she is sick. Eventually, it becomes apparent that this is a kind of code that Bernard is using, and that Muriel is actually the name given to a woman his troop encountered in Algeria. She was tortured and possibly raped by the soldiers; we don't know for certain, but her survival of the ordeal is unlikely.

Alphonse also spent time in Algeria, and though the film never uncovers anything tangibly evil about his life there, there are broad hints that Alphonse engaged in things that give him reason not to be proud. One of these hints comes during one of the film's rare moments of humor, when Bernard and Alphonse meet. Bernard talks about his time as a prestigious club owner in Algeria, while Alphonse looks at him distractedly and crunches loudly on potato chips. With this petulant action, Bernard demolishes Alphonse's facade of respectability as he demolishes his own snack.

Although Resnais makes his characters unknowable in many ways, he reveals Hélène and Bernard's vulnerabilities in a way that makes them sympathetic. Both characters cope with their respective traumas in desperate, quixotic ways: Hélène goes to the local casino but seems to do nothing but lose, while Bernard re-watches film footage he recorded in Algeria and writes about his memories of Muriel as though he is compiling evidence in a court case that will never be tried.

Every shot in Muriel feels studied and invested with meanings that cannot be fully gleaned on first viewing. Unlike with Godard or Rivette, one doesn't feel the need to start compiling a reading list of French literature to decode exactly what the filmmaker is intimating at any given moment, but potential viewers would be understandably forgiven for wanting to replay Muriel over and over again, like the Zapruder film. For those who don't want to obsess over the details and puzzle pieces of Muriel's secret gnosis, the film still offers enough straightforward drama and striking combinations of image and sound to recommend it. 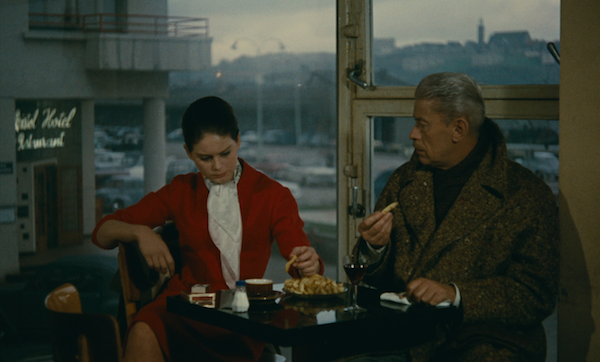 The Blu-ray
Muriel is packaged with a fold-out booklet featuring a liner note essay by James Quandt.

The Video:
Criterion delivers another sterling restoration with this AVC-encoded 1080p 1.66:1 transfer. Even though our own DVD Savant liked the look of the 2007 DVD, others complained that that version was a little too bright and the proportions were a little out-of-whack, making the characters look unduly squeezed. This upgrade corrects those issues, delivering an image that isn't exactly dark, but it inhabits a more nuanced, richly saturated color space. Apart from a few stray shots that were pulled from a duped-down source, the clarity is excellent and the film grain is nicely resolved. Even the softer dupe shots are utterly clean and stable.

The Audio:
The French LPCM mono audio (with optional English subtitles) has been given a solid restoration as well. As in many of the early New Wave films, the dialogue has all been post-synchronized, but it blends convincingly into the ambience of the mix. The high-end came off sounding a little crispy from my set-up, especially the soprano vocals from the handful of operatic arias that punctuate sections of the film, but with a little adjustment, it worked out okay.

(HD, 27:10) - Film scholar Thomas talks about the Algerian war and its oblique impact on the making of the film, as well as Resnais's relationship to the writers he worked with and his numerous unexpected stylistic choices throughout the film.


Final Thoughts:
Another unique work by Alain Resnais that presents a romance complicated by history, memory, trauma, and time. While I personally prefer the intoxicating dreaminess of Last Year at Marienbad and the trippy existentialism of Je t'aime je t'aime, Muriel displays the invention and experimentation of Resnais's finest work. Highly Recommended. 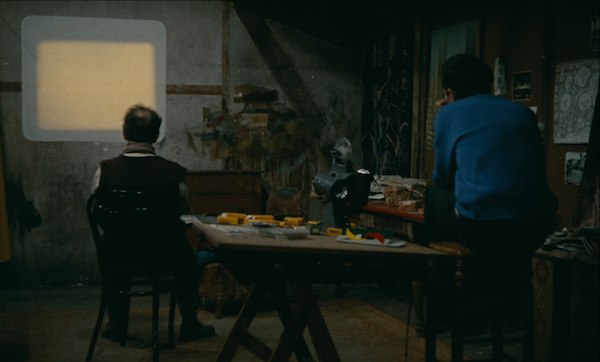