Just Desserts: The Making Of ''Creepshow'' 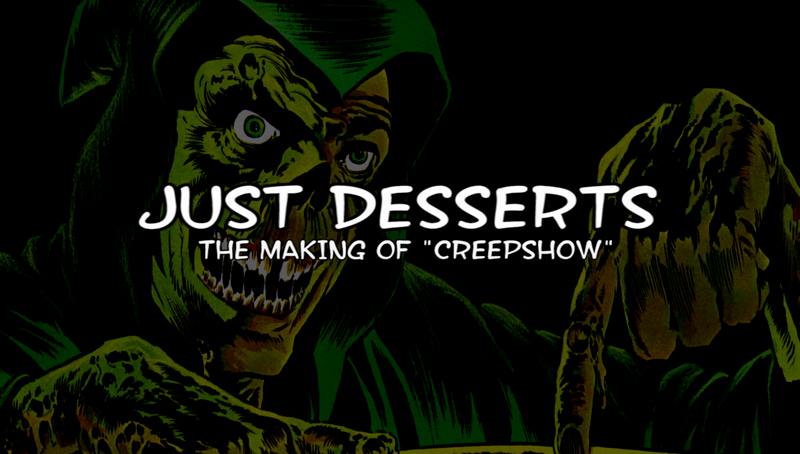 
The Movie
Creepshow, a classic ‘80s horror/comedy anthology from the minds of genre masters Stephen King and George Romero, is one of those films you should watch before you're old enough to be allowed to watch it. Only then does it replicate the feeling of the E.C. horror comic books it pays loving tribute to: getting to see something illicit, scary and funny...and you might just learn something. With five morality tales featuring a great cast that includes Leslie Nielsen, Hal Holbrook, Ted Danson, Adrienne Barbeau and Ed Harris, there's a little something for every horror taste, and one of the most disturbing uses of roaches in film history. You can pick it up for a pretty low price on Blu-ray (and even cheaper on DVD) but there are no extras to enjoy (unless you're willing and able to shell out for the old Second Sight Blu-ray.)

Which is where Just Desserts comes in. A feature-length making-of documentary from producer/director Michael Felsher's Red Short Pictures (the prolific team behind supplemental material for a score of genre releases) Just Desserts goes behind the scenes of Creepshow's production, through archival footage, photos and interviews with members of the cast and crew, to craft an effective overview and celebration of the cult favorite. Thanks to some healthy memories and a surprising amount of home video, the viewer will get a full picture of how the film came together, including all the challenges that had to be overcome, as well as what it meant to those who made it. 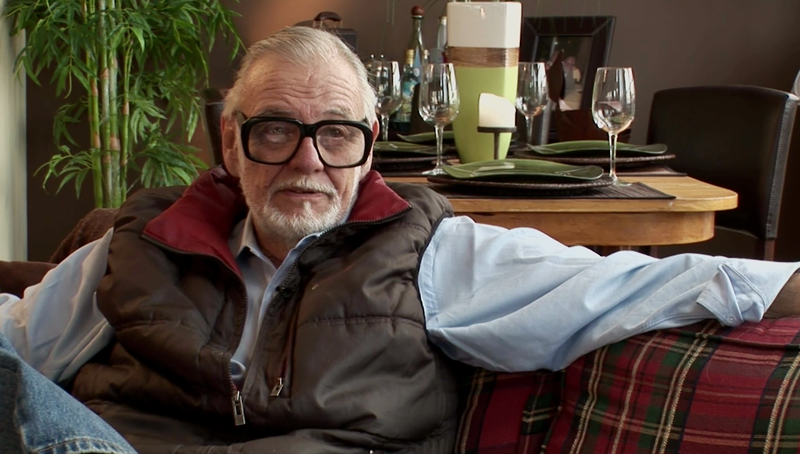 Firmly structured, the documentary is broken up into chapters, exploring the inspiration behind the movie, the pre-production effort, the actual production and more. It's mainly powered by two key voices behind the film, director Romero and special-effects artist Tom Savini. Between these two entertaining interviewees, there's not much that's not covered in regards to the film, though a number of crew members and a handful of the cast, including Harris, Barbeau and Tom Atkins, sit down to share some thoughts. However, no one does it quite as entertainingly as David Early, who has great memories and seems to be having a great time. Straightforward and utilitarian, there's not a tremendous amount of style to the film, though it uses clips from the movie and on-set effectively, for pacing and visual spice.

Just Dessert comes off like the experience of listening to old friends reminisce about the good ol' days, without much drama at all, and there's nothing wrong with that. There are a lot of entertaining stories, with the lengthy segment on the film's use of roaches being a major highlight, as it seems everyone involved in the film has something to say about it. The only real downside are the missing voices, including nothing about the film's influence on the next generation of filmmakers. That they couldn't get King to talk about the film is a major hole in the proceedings as well, considering the project originated with him, while Nielsen was still alive as of the production, and would have been great to hear from, along with Danson. Fortunately, despite their absences, their presences are still felt, through the stories of the cast and crew, as well as some candid footage from the set. For fans of the film, it's a lighthearted walk down memory lane (even if you'd like to forget those roaches.) 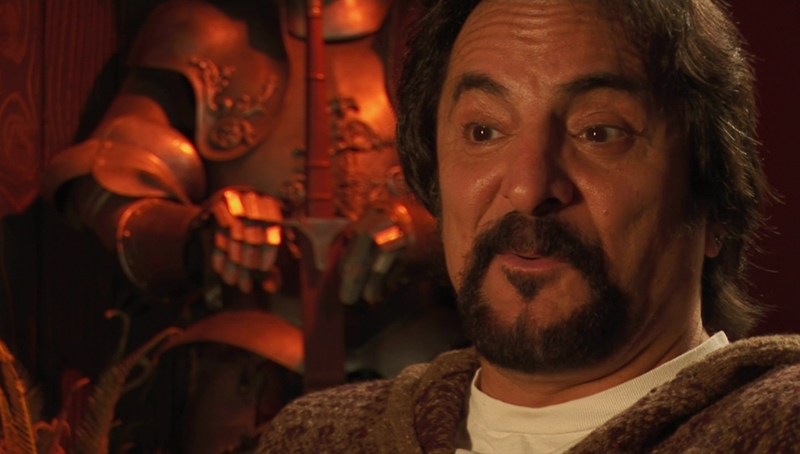 The Disc
Just Desserts arrives on one Blu-ray, in a standard Blu-ray keepcase. The Blu-ray disc has a animated menu with options to watch the film, adjust the setup and check out the extras. There are no audio options and no subtitles.

The Quality
As with most documentaries looking back more than a few years, this film draws from a few disparate sources, and the 1.78:1, AVC-encoded 1080p transfer here does well with all of that, with the new interviews looking the best, as they sport an impressive level of fine detail, while the color is appropriate throughout. The footage from Creepshow is less vivid, but even the old home video footage looks pretty nice. Digital distractions are not a concern, and the result is a clear, crisp image.=

The 2.0 DTS-HD Master Audio track is a standard documentary presentation, focusing on keeping the voices of the interviewees clear and separated from the ever-present score. Center-balanced, with no noticeable difference between the channels. There are no issues with distortion or any other audio problems.

The Extras
Up first is a commentary with Felsher, who speaks with enthusiasm as he introduces himself and talks about the making of the documentary. There's a lot of great info here, especially if you're ever thinking about making a documentary, as well as the story of a particularly problematic interview. The absence of King, and how it affected the editing of the film, is also covered.

A second commentary brings back Felsher as he interviews actor John Amplas, prop master Bruce Alan Miller and makeup assistant Darryl Ferrucci. These crew members weren't available during the filming, so Felsher felt this was the best way to get their memories into the package. Considering how these chats took place after the film was completed, it's an opportunity for Felsher to fill in some gaps in the info shared. (A version of this track was on the Second Sight disc, but this is a new edit.)

Savini was obviously a fan of home video, and he's got a pile of it to share in the 26:31 "Tom Savini's Behind the Screams," a collection of clips from behind the scenes. The main draw here is King, who is relaxed, casual and hanging out. Considering that we don't get to hear from him in the film, this perspective is well appreciated.

If you're looking to hear more from Romero, Savini and legendary comic artist BErnie Wrightson, the Extended Interview Segments (23:45) have what you're looking for. Nothing world-shattering is revealed, but they are worth a watch if only because they are enjoyable to listen to. An additional interview, with cinematographer Michael Gornick, titled "Creepshow Days" (8:01), allows him to add his memories of the production as well.

"Horror's Hallowed Grounds with Sean Clark" (14:56) is an amusing indie series which follows the horror-film fan as he visits the locations of various genre classics, in this case checking out where Creepshow was filmed. Though it certainly has the feel of a fan creation (for instance, some places Clark isn't allowed to enter) but Clark does a fine job of hosting and it has quality production value, so it should be of interest to any fan of the film, with some bonus Atkins interview time thrown in.

A vintage 19982 P.M. Magazine segment (7:31) is a perfectly cheesy representative of ‘80s news magazine television, as it reports on the production, with lots of behind-the-scenes footage and interviews with Romero and other members of the crew, focusing on the starring insects.

For a further peek behind the scenes, there's an 8:30 slideshow of photos, set to classical music for an unusual feel.

One of the best extras on this disc is a classic 1986 entry from Fangoria's old video series, "Scream Greats Volume 1: Tom Savini" (52:54). Loaded with clips, behind-the-scenes footage and interviews with Savini and colleagues like Romero, Greg Nicotero and others, it's a great tribute to an effects pioneer and an education in how Savini approached his work, including demos of some effects. He also proves to be prescient, commenting on the future of his field.

In an ice-cream-on-pie-type bonus, you can watch this piece with commentary by Savini and Felsher. Far from screen-specific (at one point Savini has no idea what he's watching), it's basically Felsher prodding Savini for stories, as they discuss his career beyond what's covered in "Scream Greats". The friendly vibe makes it a great listen for Savini fans. 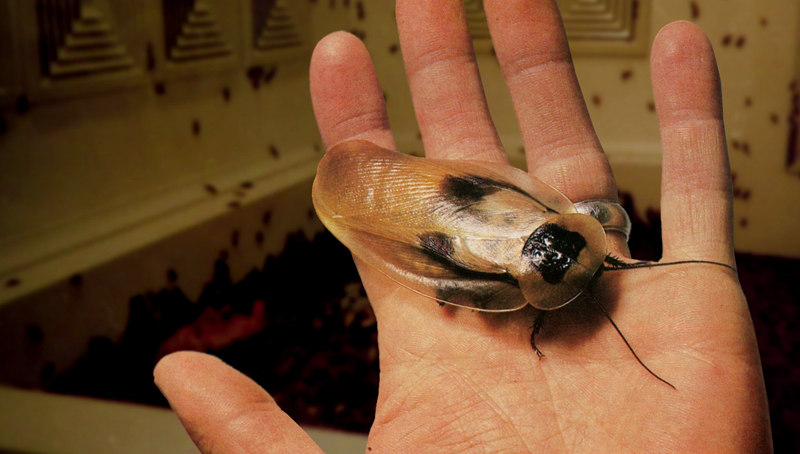 The Bottom Line
For a fan of Creepshow, you can't ask for much more than this collection of bonus content, which shines a much needed light on an underrated horror/comedy gem, even if it's missing some key participants and is mostly sunshine and rainbows. The quality of the presentation is solid, and the added content makes it an welcome addition to the Creepshow disc already in your collection (or which should be there.) Francis Rizzo III is a native Long Islander, where he works in academia. In his spare time, he enjoys watching hockey, writing and spending time with his wife, daughter and puppy.Follow him on Twitter