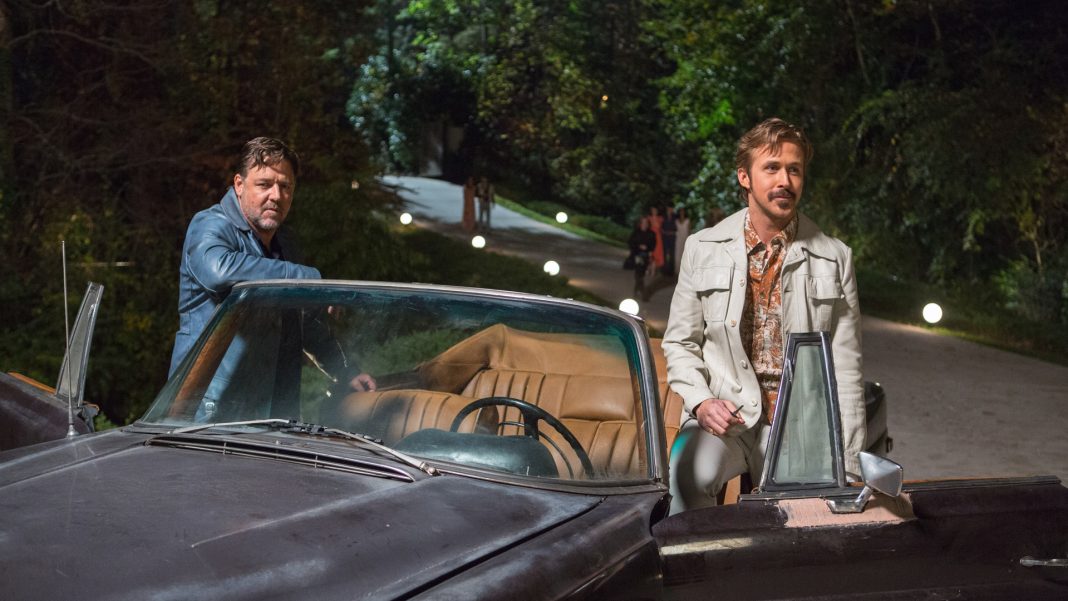 Director Shane Black resurrected a formula that died 30 years ago to make The Nice Guys work, a recipe that has been tried many times in the intervening years but hasn't been able to produce the same result. George Miller brought us Fury Road, a throwback to a style he perfected, a slap in the face to an action genre that has been cheating us out of awesome movies for decades. And Black does the same with the buddy cop plot line, harking this film back to the glory days of Lethal Weapon, a film he wrote before he became a director. The Nice Guys is what we've been missing from this genre all this time, as we watched goofy comedy after goofy comedy try to pair two actors together, try to get them out of sticky situations, and try to convince us that what we were seeing was entertainment. This film doesn't have to try hard to remind us that two imperfect heroes can make an enjoyable action/comedy together, it does it with ease, and we can only hope that other filmmakers were paying attention. 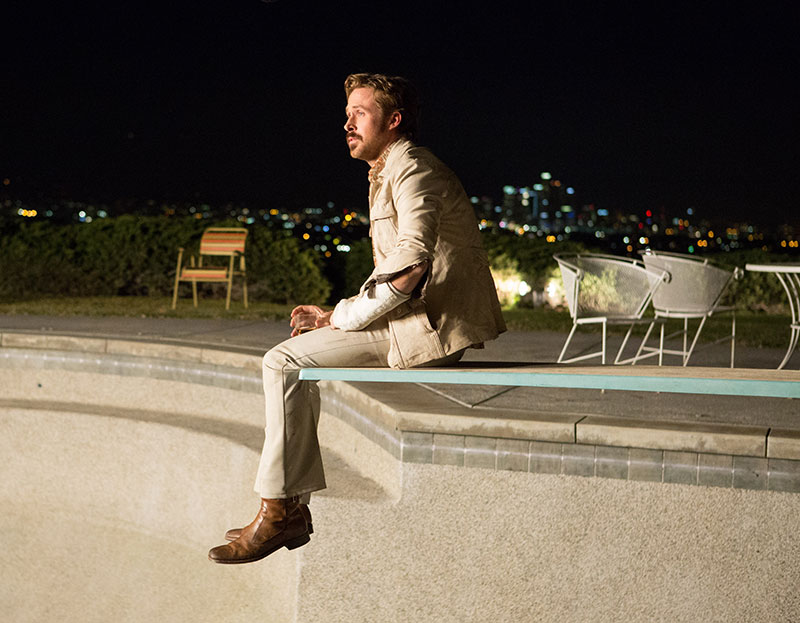 The Nice Guys is everything I wanted Inherent Vice to be. The latter was a film I had very high hopes for, Paul Thomas Anderson being one of my Top 5 favorite directors. He was just coming off The Master , also starring Joaquin Phoenix, and was almost certain to produce perfection out of a 70s, L.A., drug-fueled crime caper. But while some critics did think he succeeded, I wasn't one of them. I thought it was far too messy, lost PTA's patented touch, and forgot that audiences need some form of enjoyment out of the movie they watch, be it light or dark. The Nice Guys got right what Inherent Vice got wrong, remembering to captivate & entertain while staying true to the chosen style. The buddy cop movie hasn't been produced this well in years, and I can only hope that if they decide to make a sequel, it comes off as jarringly funny & smoothly acted as this one.

It was the pair of leads that made the film, Gosling & Crowe playing off each other to perfection, exhibiting an instant chemistry that I could see lasting through several films, much like Lethal Weapon did in the 80 & 90s. Gosling was hilarious as the weak-willed March, riding his character through the ups & downs of his job and of his life. Crowe was great as the tough, even-keeled Healey, providing laughs & stability at the same time. And Angourie Rice, who played March's daughter and does an excellent job in These Final Hours, was a cool kid, a nice sidekick, and I believe is Australian, which makes her role here & at a young age all the more impressive. The film carries a bit of a L.A. Confidential vibe, complete with an appearance by Kim Basinger, but modernizes it & adds much more humor. The Nice Guys is fun, clever, refrains from being goofy, breathes life into a dead genre, and is right now one of the best films of 2016, right up there with 10 Cloverfield Lane and Civil War, an enjoyable experience from start to finish. 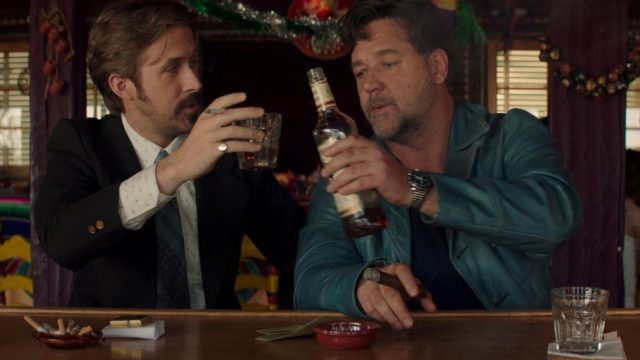