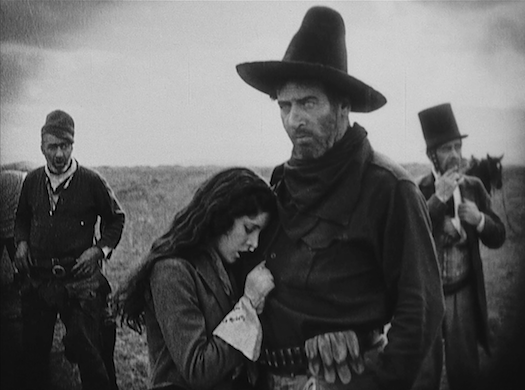 Released in 1926, 3 Bad Men was director John Ford's last western of the silent era. Thirteen years elapsed before Ford returned to the genre -- arguably the one for which he is best known -- with the widely beloved Stagecoach. Ford's motivation for staying away from westerns is up for conjecture, but the poor box office showing of 3 Bad Men (after the studio had instituted major cuts to Ford's intended version) no doubt left a lingering bad taste. Modern Ford aficionados tend to agree that the film is much better than its initial reputation, and it certainly ranks among the best of his surviving silent work.

Even in its truncated form, 3 Bad Men still shows significant storytelling ambition as it juggles a dozen or so featured characters and at least three major storylines.

The main thread of the film involves the titular bad men -- beefy "Bull" Stanley (Tom Santschi) and his cranky old hoss-thief pardners, Mike Costigan (J. Farrell McDonald) and "Spade" Allen (Frank Campeau) -- and centers around their decision to do something good. When these three sharpshooters spot crooked sheriff Layne Hunter (Lou Tellegen) and his band of mercenaries attempting to steal thoroughbred race horses from two men on a wagon, they decide to swoop in and take the score for themselves. In the skirmish that follows, the sheriff's men kill one of the men on the wagon and barely escape. Bull nearly finishes off the other man on the wagon, until he realizes that he's a she: Lee Carlton (Olive Borden), the dead man's daughter. The idea of killing a woman leaves a bad taste in Bull's mouth, so instead he agrees to help her out. There's a land run about to happen, in which homesteaders hope to divvy up potentially gold-rich lands annexed from the Sioux, so the "bad men" plan to help Lee ride those racers to wealth and happiness.

Sunrise hunk George O'Brien is top-billed as Irish singing cowboy Dan O'Malley, although the film basically relegates him to love-interest duty for Olive Borden's character. It's a sweet pairing, and one invested with a fair amount of humor. Their initial meet-cute is focused around a prolonged bit where Dan pretends that Lee has dirt on her nose but won't let her wipe it off with her glove. Finally, she shuts her eyes and asks him to take care of it. A later moment, where Lee discovers Dan unwittingly cozying up to a friendly dancehall girl whom he thinks is Lee, is satisfyingly understated, as far as those kind of gags go.

In fact, for what is ostensibly an ambitious western epic, Ford includes a lot of successfully silly comedy scenes. One of the best occurs before Dan is agreed upon as a suitable match for Lee. Mike and Spade take it upon themselves to find a potential husband for this young woman in their charge, and their quest leads them to the local saloon. Once there, they corner a foppish dandy (or a dandyish fop, if you prefer) and check him out as though he were a horse for sale. They even check his teeth.

The flick also has its fair share of soapiness, especially in a storyline where Bull is looking for his runaway sister Millie (Priscilla Bonne). In a convenient (and slightly implausible) turn of events, Bull's sister ran away with the crooked sheriff who killed Lee's father. When Sheriff Hunter inevitably wrongs Millie, that gives Bull two reasons to go after the bastard.

Everything builds to the big land run scene which, with its wide shots of dozens and dozens of wagons, horses, and extras, is surely where the majority of the budget went. Ford peppers the sequence with small poignant character moments, featuring various racing settlers, as well as some beats that are still intense and harrowing.

Apart from Ford's assured direction, the main reason that 3 Bad Men holds up so well has to be the film's terrific performances. O'Brien and Borden are awfully likable and have great romantic chemistry, but to be honest they get overshadowed by the first-rate character actors who share their scenes. Santschi is the emotional center of the movie, and he exudes the perfect blend of tough- and tenderness to bring Ford's unsentimental but optimistic vision to life. McDonald and Campeau are crotchety delights, who finally evoke genuine pathos when they are forced into a climactic showdown with Sheriff Hunter's men. And speaking of the sheriff, Tellegen's performance as the bad guy (who wears an oversized white hat, in a nifty subversion of cliche) is gloriously hateable.

If 3 Bad Men is this wonderfully overstuffed at 90 minutes, it makes one wonder what else went on in Ford's original longer cut. Sadly, we will never see it on the screen, but we can picture it in our dreams. 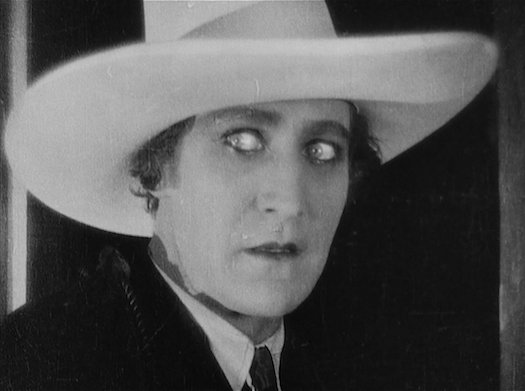 The Blu-ray
The 3 Bad Men disc is accompanied by a two-sided cover that features full-color art on the inside of the sleeve.

The Video:
This AVC-encoded 1080p 1.33:1 presentation seems to be sourced from the same master that was created for the 2007 Ford at Fox box set, but now with some HD oomph. The film materials are pretty beaten-up, frequently beset by scratches and dirt, but after you get the hang of it, it rarely interferes with the viewing experience. Definitely a quality uptick in clarity and contrast, considering the limitations of the original source.

The Audio:
The movie is accompanied by an LPCM 2.0 stereo musical score, composed by Dana Kaproff. Certain sections are scored by solo piano (although with more nuance than the stereotypical rinky-tink sound one associates with silent flicks), while other scenes are given an acoustic-Ry-Cooder-type flavor, thanks to a twangy guitar and violin combo. The stereo mix nicely supports the recording, never feeling unnecessarily bombastic during the more elaborately arranged moments or coming off anemic during the stripped-down portions.

- John Ford historian McBride provides an informative and engaging overview of the careers of the people involved with 3 Bad Men, not the least of which is director Ford. Sprinkled with anecdotes about Old Hollywood, it makes for a great companion to the film.

Final Thoughts:
3 Bad Men is a complex, ambitious, yet satisfyingly breezy silent western from film giant John Ford. This flick's got humor, melodrama, thrilling setpieces, and, above all, a well-told story. As long as you aren't prejudiced against silent cinema, you'll have a heck of a good time. Highly Recommended. 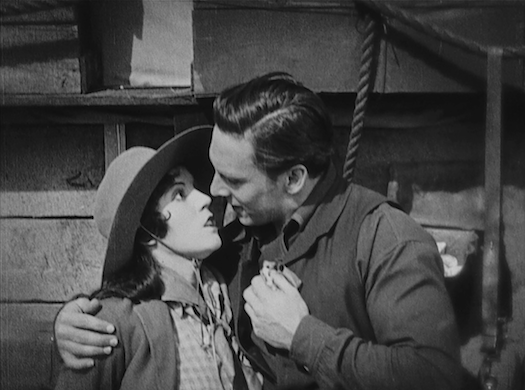