Tell Me That You Love Me, Junie Moon

1969's Tell Me That You Love Me, Junie Moon is the type of movie that could only come out in that time period. You can pretty much tell you're in the late 1960s when folk singer Pete Seeger appears in the opening credits, singing and playing his guitar in a forest having nothing to do with the rest of the movie. Written by Marjorie Kellogg and based on her novel, it's a series of episodes with three misfits trying to make their way in the world. It starts with Junie Moon in the hospital after suffering a rather brutal attack by a blind date that leaves her face scarred (played more as dark humor than tragedy). While there she bonds with flamboyant, wheelchair-bound Warren (Robert Moore, in his only movie appearance) and neurotic, seizure-prone Arthur (Ken Howard). Warren, being the most organized of the three, suggests that they find a place to live together once they get out of the hospital and "pool their disabilities," having the combined resources of at least one "normal" person. 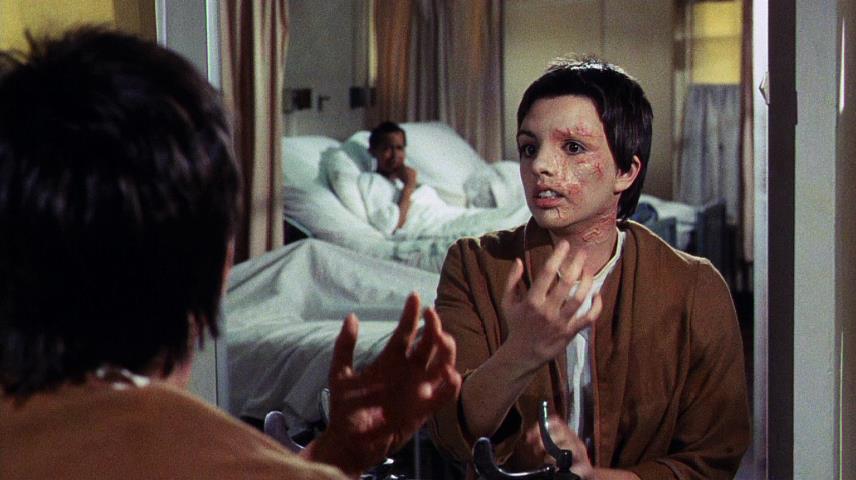 Junie searches and finds an abandoned house owned by the wealthy eccentric Miss Gregory (Kay Thompson), who herself lives in a literal castle that her father brought over from Europe piece by piece, or so they say. The three move in and fix the place up, thus setting up more strange e pisodes in the story. Their landlady (riding in a car chauffeured by director Otto Preminger himself) has them over to her castle for dinner one night and tries to convince Warren that he can internally force himself to walk- he tries but is unsuccessful. Arthur finds a job at the local fish market, but owner Mario (James Coco) soon fires him after an anonymous phone call tells him that he's a sodomist (a word he has to then look up in the dictionary.) This causes Arthur to start aimlessly wander about and get lost, having hallucinations of being teased by fellow kids earlier in life (which are shot with an anamorphic lens and presented squeezed in this "flat" movie), eventually passing out before being found by his friends. Mario then sees how wrong it was of him to fire Arthur based on an anonymous call and makes amends by lending the three of them the company truck and sending them on a trip to "the ocean"- San Diego specifically from the details seen there; their home is in Massachusetts so it must have been quite a drive even though that's skipped over. The trip is essentially the final episode in the film, as Junie and company check into a fancy hotel identifying herself as a socialite who demands respect regardless of her appearance. The hotel's activity director known only as "Beach Boy" (Fred Williamson in an early appearance) takes an unusual liking to the group, even setting up the obviously gay Warren with a lady friend of his.

This all plays out onscreen easier than it is to describe here; I'd be interested in how the novel came across in comparison. It's one of those movies where the viewer shouldn't impatiently want something to happen, but instead be able to just watch and absorb what does happen. Again, this movie is a product of its time, reminding me of a few other movies of that period with similar style and narrative: Who is Harry Kellerman and Why is He Saying Those Terrible Things About Me?, Harold and Maude and Candy. It'll leave some viewers confused, but others amused. Having only seen Liza Minnelli in musicals prior to this, it's interesting to see her take on a rather unflattering role. Junie is shown as a character who wants to be "with it" but seems to make too many mistakes, yet in the end comes out confident with who she is. 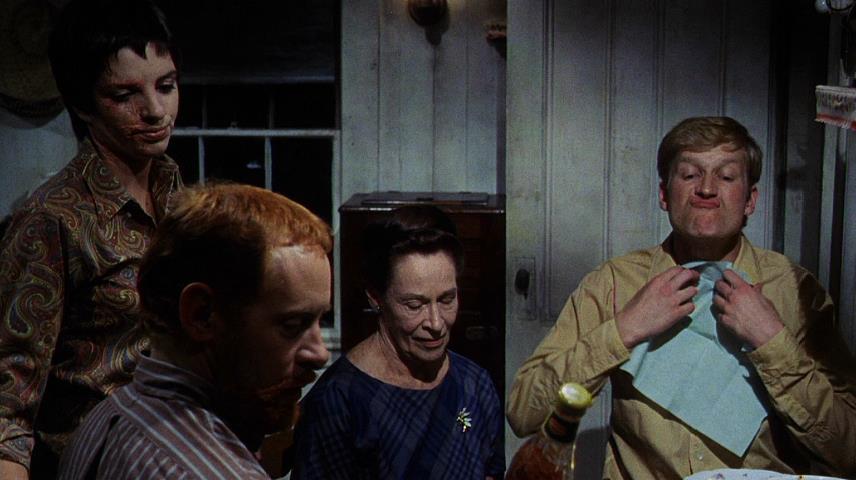 Olive Films presents this Paramount title for the first time on any home format, in a full-screen 1.78 ratio. The hi-def transfer is from a clean source with little to no signs of age, but appears a bit jaggedy from electronic processing similar to many of Warner's early HD transfers but on a much lesser scale. This is most noticeable in onscreen credits and any outfits with straight lines that are worn by the cast.

The mono audio track is presented here in 2-channel DTS Master Audio and stays properly centered. The sound quality is about on par for movies of this time, just a bit muddy but decent overall. Hearing-impaired subtitles are included with a few interesting mistakes that made me laugh. 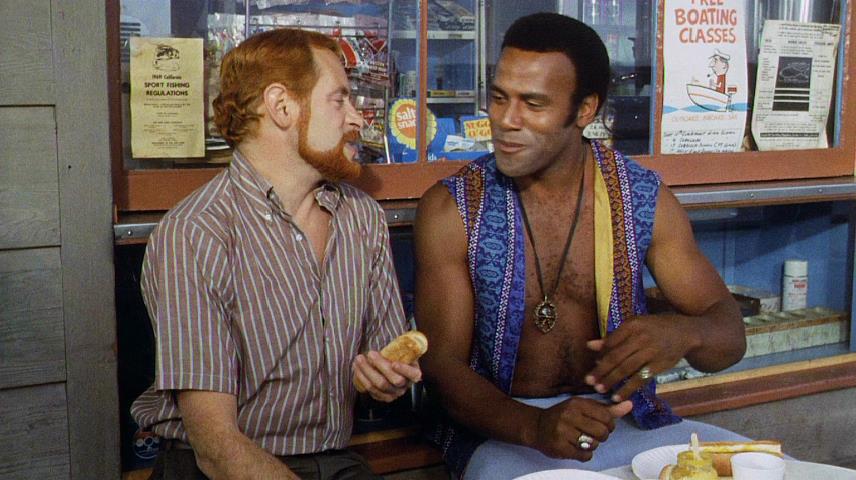 Tell Me That You Love Me, Junie Moon has been a hard movie to see having never been released on home video until now. Despite the slightly jaggedy transfer, it still looks better than it might have on any earlier video issue and fans of Minnelli and director Preminger in particular should be glad to have it available. It has a good place in viewing amongst the other counter-cultural films of the late 1960s and early 1970s.