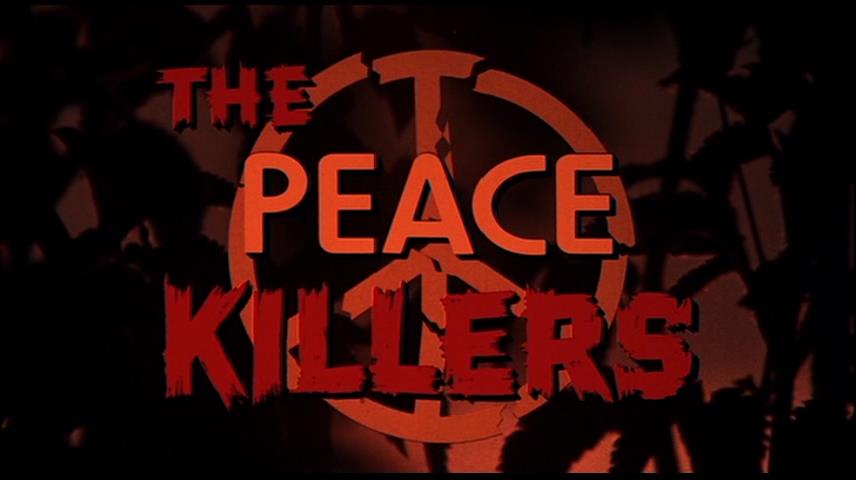 When the DVD format was at its peak and there were several more stores to buy them at, MGM would routinely issue drive-in type B-movies from the 60s and 70s (from long-gone minor studios that they had gotten the rights to the catalog of), many of which had either never been released on home video previously or were long out of print, and usually give them incredibly clean new transfers and sell the discs at bargain prices to boot. Many of these came out under their "Midnight Movies" line. Sadly retail support now isn't what it used to be and MGM has resorted to putting out their lesser titles in burned, "manufactured on demand" discs available primarily through mail-order, but "The Peace Killers" (shown as two words in the movie, but just one on the packaging) from 1971 shows that they haven't run out of unseen gems to surprise us with.

Motorcycle gangs were always a popular subject of these types of movies, and we get two of them in this movie. We're soon introduced to the "Death Row" gang, which is really just up to no good. Through the opening credits they deliberately taunt two police cars to chase after them in some middle-of-nowhere area of Arizona. After this we meet the main characters of our story, brother and sister Jeff (Michael Ontkean) and Kristie (Jess Walton), who could pass for slightly more rebellious versions of Greg and Marcia Brady. (And looking up info on this movie, it turns out that director Douglas Schwartz is the nephew of "Brady Bunch" creator Sherwood Schwartz! He also went on to create the show "Baywatch" in the late 1980s.) While traveling carefree in their Volkswagen van, they run into members of Death Row who recognize Kristie right away. We find out that she was actually the "old lady" of their leader Rebel (Clint Ritchie) and she used to drink and party with them all the time, but she ended up leaving after the gang had brutally raped one of her friends one night. She ended up redeeming herself by joining a hippie commune led by Alex (Paul Prokop), a truly peaceful fellow. Death Row has since been looking for her though, and when the guys tell Rebel that they've seen her the whole gang heads out to snatch her back, and this time make her stay with them whether she likes it or not. 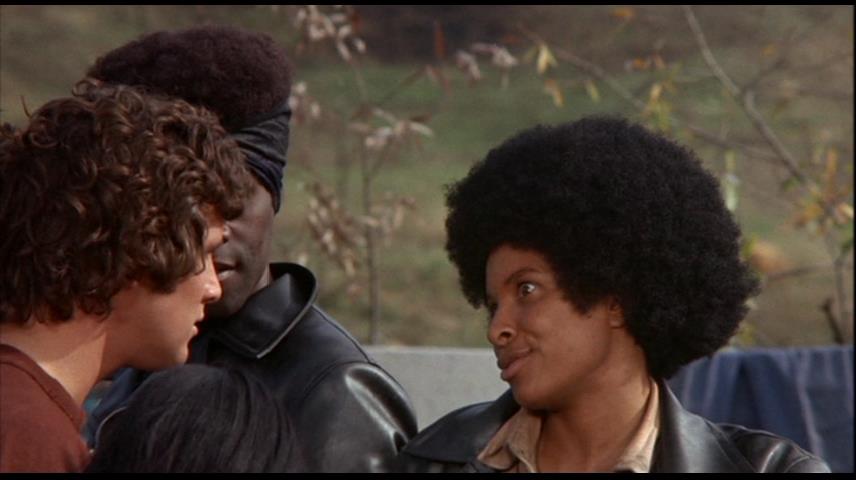 This is another movie where saying too much more would spoil the it for first-time viewers, but I'll assure those still on the fence about it that it's got almost everything you could want in this type of film. There's plenty of senseless violence, including a rather brutal rape flashback and threats of another to come in the present. Director Schwartz tends to give a POV effect to many of the violent confrontations, with the attackers looking directly into the camera. The rather short running time is also filled with extended scenes of bike riding set to obscure rock music. What distinguishes this from the many other biker-gang movies however is the conflict presented to the peace-loving hippies after the Death Row gang repeatedly antagonizes them. The leader Alex calmly says that "human beings aren't mad dogs" and this whole thing can be solved by talking things out, but it's clear the bad guys (who've already tied him up to his giant Peace symbol) won't give him time for that. The other hippies realize that quickly and have to decide whether to cling to their peaceful ways no matter what, or fight back against the bad guys the next time they show up. A rival biker gang, the "Branded Banshees" (led by the tough Black Widow (Lavelle Roby)) comes along willing to help out once they realize Kristie is no longer with Death Row. 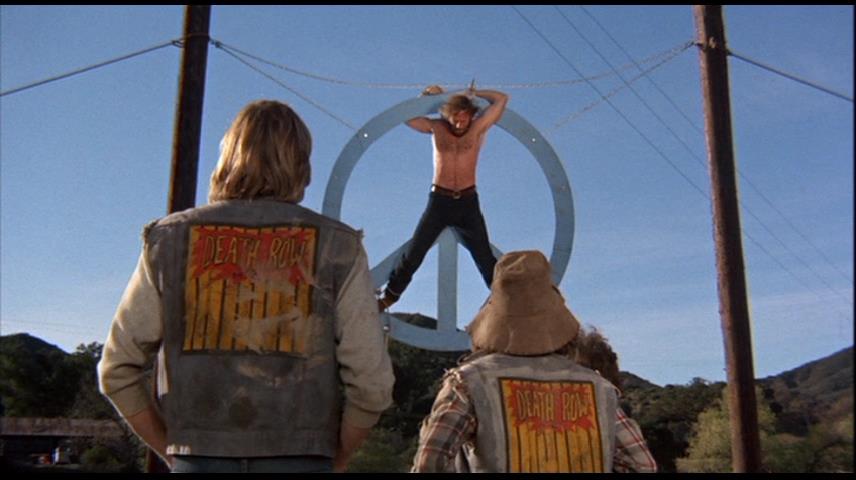 Despite likely being seen mostly via battered drive-in theater prints, the 16x9 transfer at 1.85 is very clean, showing only a bit of dirt and scratches which seem to be from the original negative. The limitations of the DVD format are still obvious at times, with details not being all they could be, but this is still likely the best this movie will ever look.

The mono track is encoded in 2-channel Dolby Digital and stays properly centered. While not exactly a sonic masterpiece, it's quite adequate with minimal noise and distortion; most of the dialogue is clear aside from a few scenes that seem poorly recorded. 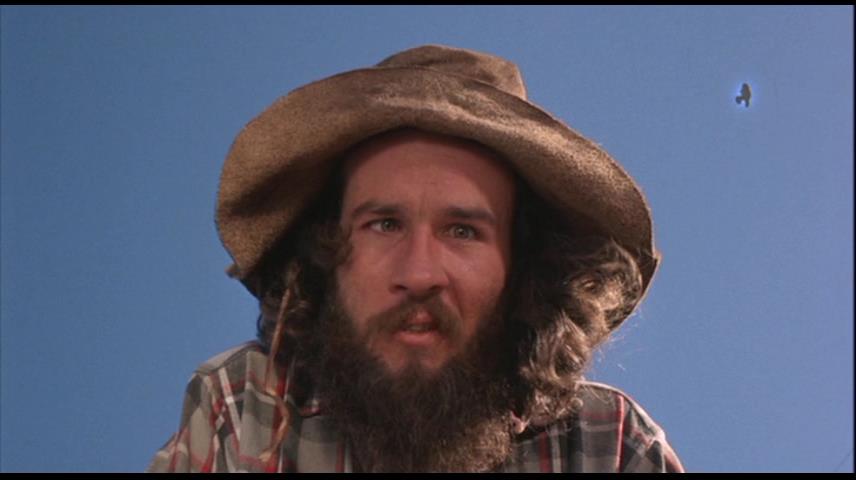 Although this DVD-R release shares the usual shortcomings of the format (mainly the lazy automatic placement of chapters every 10 minutes, rather than at key scenes by someone remotely familiar with the movie), the quality of the source material used for this transfer is very good. Fans of biker flicks, hippie culture and general exploitation will find a lot to like about the movie itself, and it's also worth checking out given that many of the cast and crew went on to bigger things in the years afterwards.