If It's Tuesday This Must Be Belgium

Even if you've never seen this movie, it's likely you've at least heard the title If It's Tuesday, This Must Be Belgium. The title of this 1969 film was inspired by an earlier cartoon in "New Yorker" magazine depicting American tourists on a fast, scheduled bus tour of Europe, saying that they had to be in a certain location if it were Tuesday, according to their itinerary. Here, the focus is indeed on a group of American tourists from different parts of the country on a guided tour of Europe via "World-Wind Tours," promising "9 countries, 18 days, $448.50, no refunds." The tour begins after they get off the plane in London and board a bus with tourguide Charlie Cartwright, played by Ian McShane, a bit of a womanizer as he knows women in almost every area they visit and usually sets his sights on at least one female passenger as well. This time he's got his eye on Samantha Perkins (Suzanne Pleshette), who is taking the trip alone in order to have time to decide whether to formally accept boyfriend George's (Frank Latimore) marriage proposal. The movie's prologue introduces us to the other Americans on the tour before leaving, including Bert Greenfield (Marty Ingels, who was later the voice of "Pac-Man" in the 1980s Hanna-Barbera cartoon series) bragging to his card-playing pals about how he'll be "hooking up with" (a rather early use of that expression) lots of girls, and Fred and Edna Ferguson (Murray Hamilton and Peggy Cass) who also bring along their daughter Shelly (Hilarie Thompson) when Fred barges in on her making out in the living room and shouts "That settles it- you're coming to Europe with us!" 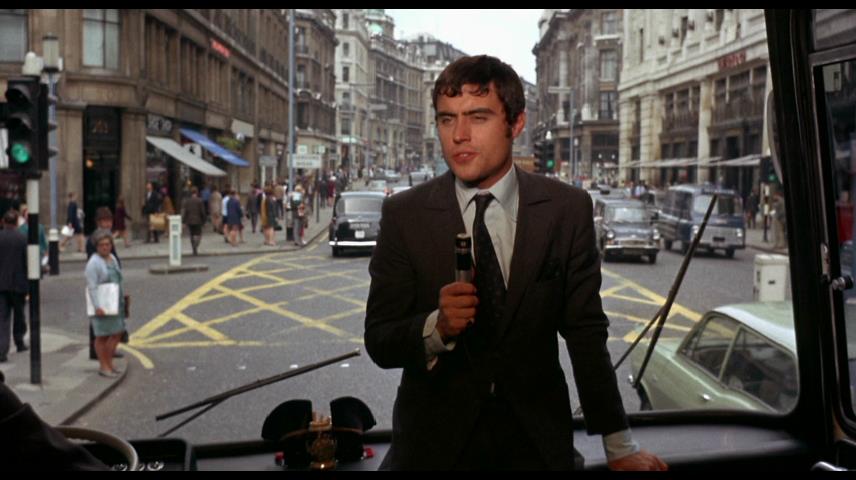 Charlie tells the tourists that the bus will be their "home sweet home away from home sweet home," but the joke here is that with the rather large tour scheduled for a short amount of time, a lot of sights will end up being passed by quickly without much time to stop and take everything in (a reason why I don't like to take a hurried approach to anything in general- if you take a trip away from home to see places you might not ever see again, you should allow enough time to enjoy it. These people clearly don't have much sense of that.) Director Mel Stuart (who would soon bring us 1971's Willy Wonka and the Chocolate Factory along with executive producer David Wolper) emphasizes this with some potentially seizure-inducing quick cuts, which home viewing audiences can at least freeze-frame on to have a better look at. The group travels by boat over to Amsterdam where another bus is waiting, but tourist Irma Blakely (Reva Rose) is soon separated from her husband Harve ("Three's Company"'s Norman Fell) and the rest of the group as she mistakenly gets onto the wrong bus, one for a Japanese tour group. Guide Charlie compares their schedules and figures it's best to just let her stay on that track, as both will be ending in Rome at the same time- leaving Harve to mutter to himself "Irma would've loved this" at most of the remaining sights.

Meanwhile Shelly is able to get away from the group for long enough to meet a fellow young American named Bo (Luke Halpin) who is over there protesting (as that was the thing to do in 1969) and just happens to be in the further cities on the tour as well. As a running gag, Aubrey Morris keeps finding things to steal along the way- such as the phone in his hotel room that he cuts the cord from and stuffs in his suitcase. He later laughs when a street merchant asks if he would like to buy some souvenirs. Not surprisingly, the most "action" Marty Ingels' character gets is a few slaps, though at least his camera gets some nice pictures to take home. This is another one of those movies that's rather light on plot but the ride itself is enjoyable. There's a number of cameo appearances throughout also, including Joan Collins and 60s-era singer Donovan. Many of the characters here are nuts, but not quite so much as those in Stuart's Willy Wonka and the Chocolate Factory Released shortly after the MPAA began rating films, this is another example of how lenient the G rating was then as there's a bit of racy content which would probably land it a PG or possibly even PG-13 today. 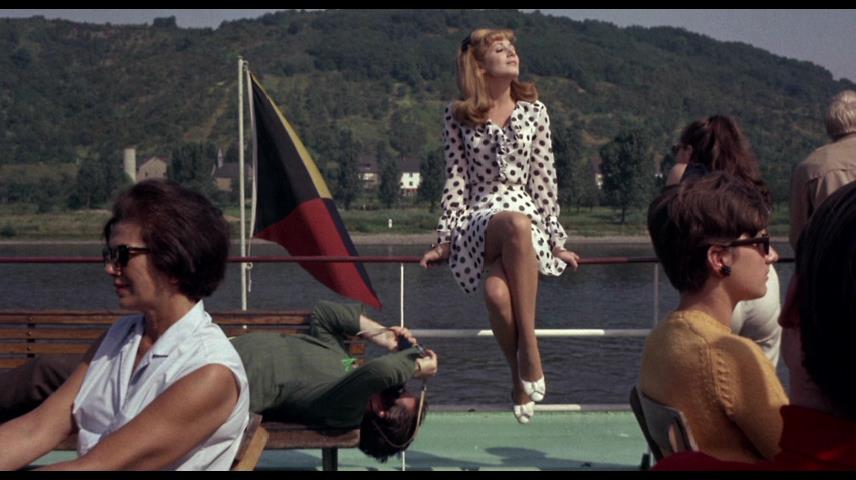 Using an MGM hi-def transfer at 1.85, Olive's Blu-Ray looks as good as a new film print. The movie was intentionally shot looking a bit soft with colors which are just sort of "there," and the transfer presents all of that as is with grain intact as it should be. I saw just a slight amount of digital compression artifacts in a couple places, but viewers should be pleased for the most part. I do have to object a bit to the treatment of the closing segment which lists the cast, as it jumps to a "windowbox" format with black borders on all four sides so as to not cut any of the names off- this was done from time to time in the standard-def era to account for CRT TVs that had "overscan". The names don't get anywhere close to the edge of the frame, and with most HDTVs displaying a complete overscan-free picture this just takes you out of the movie.

The mono audio is presented here in 2-channel DTS-HD Master Audio and flagged to output as PCM on players that detect that, keeping the sound properly centered. Overall quality isn't spectacular but quite adequate, sounding typically like an optical film soundtrack.

A three-minute theatrical trailer is included, which includes some of the film's main gags and some very quick cuts that would warrant one of those "seizure warnings" on the cover, at least if it had been produced more recently. 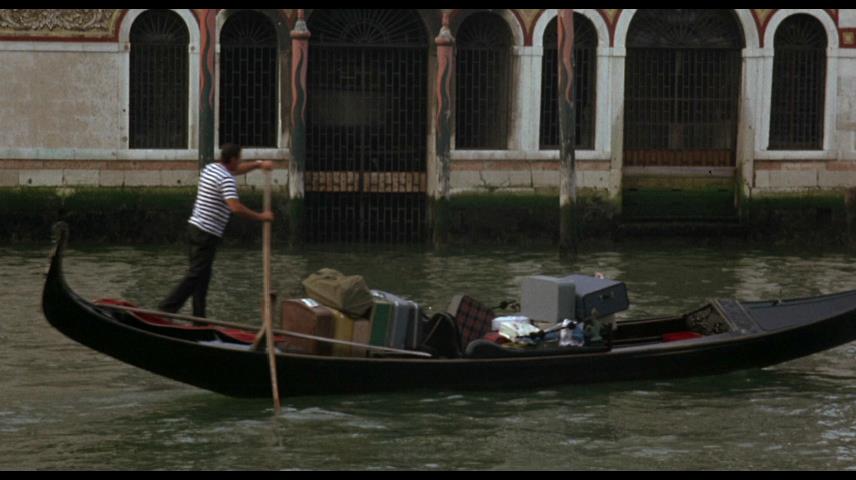 As mentioned earlier, If It's Tuesday, This Must be Belgium doesn't have much plot but is a fun watch nevertheless taken as it is. For Americans it's a good trip both back to the 60s and to Europe. (I went there 24 years ago and hope to go back soon, but on my own and not as part of a guided tour! If you're planning a trip anywhere, this might be worth watching as an example of how not to spend it.)