Panic in Needle Park, The 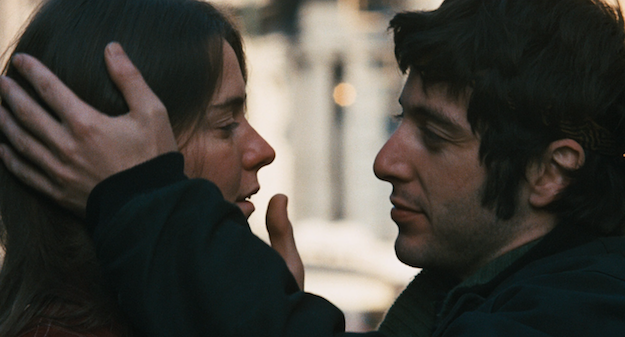 "When did that happen?"

That's all Bobby can say when he looks into the face of his girlfriend Helen and realizes that she has gotten high off his stash of heroin. His reaction is not overwrought, it's just kind of melancholy and matter-of-fact. The same can be said of the film that contains this scene, 1971's The Panic in Needle Park. A landmark film in regard to Hollywood's portrayal of drug addiction onscreen, it also helped launch the film career of Al Pacino, whose '70s screen persona is already fully formed here, as Bobby. Panic's script, by married novelist duo Joan Didion and John Gregory Dunne (based on the book by James Mills), is structured so that Helen, played by Kitty Winn (The Exorcist), is our protagonist, but it would be hard to deny that this is totally Pacino's show. His coiled intensity, punctuated by numerous electric outbursts, essentially sets the film's pace, which is terse and propulsive, even at its grimmest and most downbeat.

And, to be honest, the New York-set film pretty much starts out grim from frame one, when we first see Helen struggling to stand up in a subway car, having just had a back-alley abortion. Her current boyfriend Marco (Raul Julia) shrugs off her claims that she's feeling pain, while Marco's weed dealer, Pacino's Bobby, gives her the once-over twice. When Helen finally has to go to the hospital to cope with excessive bleeding, it is Bobby, not Marco, who shows up to see Helen at the hospital. And, like that, the film becomes the story of Bobby and Helen -- for better and worse.

Smartly, heroin comes into the story gradually. Instead, the film focuses on Helen and Bobby getting together, with Helen enjoying Bobby's recklessness, as he rips a TV off the back of a truck as they walk along, and enjoying his weird gaggle of friends who all hang out in and around a teeny-tiny park area on the Upper West Side, officially called Sherman Square, but known on the street as "Needle Park." But soon enough, it becomes clear that Bobby is not just a petty thief with a magnetic personality. When he first shoots up in front of Helen, he claims he's just "chipping," but his drug use is anything but recreational.

There's a heroin shortage in New York -- the "panic" of the title -- so Bobby has to get creative. He learns that a guy uptown, Santo (Vic Romano), has got his hands on some product and is looking for someone to move it for him. Bobby figures he can use some of what Santo gives him and sell the rest, but someone rips off his stash before he can make any money. Helen tries to support them, but she utterly fails at getting a straight job and ends up turning to prostitution. Meanwhile, a baby-faced cop (Macon County Line's Alan Vint) snoops around, looking for a big drug bust and needling Helen in the hope that she's the weak link who will get him what he wants.

Photographer-turned-director Jerry Schatzberg (Scarecrow) and cinematographer Adam Holender (Midnight Cowboy) are clearly influenced by the various European New Waves of the '60s, with their reliance on loose and gritty location shooting, but they also give the film a claustrophobic look that feels quintessentially New York. Some writers have described the film's naturalism as documentary-like, but that probably has more to do with the actors, whose performances are so fresh and cut so deep that you almost never see them working. If Pacino became a hermit after this film, you might be convinced that the filmmakers cast a guy who acted like Bobby in real life.

By trying to stay as naturalistic as possible, the film avoids most of the melodramatic pitfalls of the typical message movie. A lot of reviews cite a sequence where an innocent life is lost thanks to our main characters' negligence as being the moment where the film overreaches, but to these eyes, this scene works perfectly well within the thematic and stylistic framework of the film without being unnecessarily manipulative. I suspect those other reviewers are upset because the moment in question worked a little too well on them. 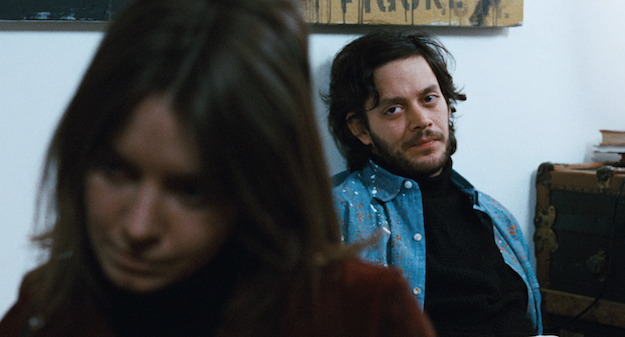 The Blu-ray
The Panic in Needle Park is available in a limited edition of 3000 copies. The disc is packaged with a booklet featuring liner notes by Twilight Time's Julie Kirgo.

The Video:
The AVC-encoded 1080p 1.85:1 transfer looks excellent. Crisp detail with well-resolved film grain. Rich, saturated colors. Strong contrast, with a high level of shadow detail and no crushing. No noticeable dirt or damage, and no digital compression issues.

The Audio:
The Panic in Needle Park has no musical score, so the street ambience and effects are essential to the soundtrack. This DTS-HD MA 2.0 mono audio mix beautifully translates the subtleties of the different recording spaces of each different scene. Because of the semi-vérité approach of the film, dialogue sometimes gets a little muffled or buried in the mix (a scene in an echo-y prison shower particularly comes to mind). The disc offers one subtitle option: English SDH.

(25:31) - This is a featurette from five years ago, featuring interviews with director Jerry Schatzberg and cinematographer Adam Holender. Both were relatively green when they made this film, and they discuss their experiences and the lessons they learned from working on it.

Final Thoughts:
The Panic in Needle Park is bleak as hell, but its loose style, infused with the energy of the street, and the outstanding performances from young Al Pacino and Kitty Winn make the film intensely watchable. The new video transfer looks gorgeously gritty. The bonuses offer some engaging background on the film. Overall, this release comes Highly Recommended. 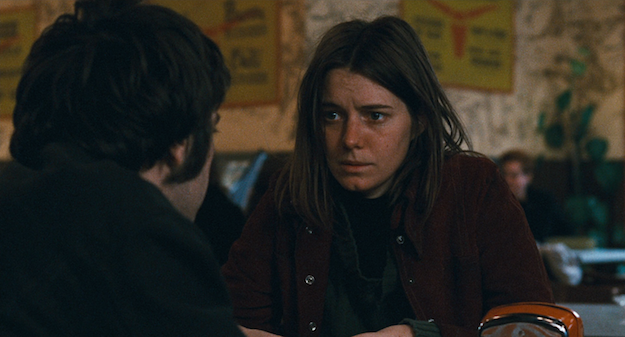