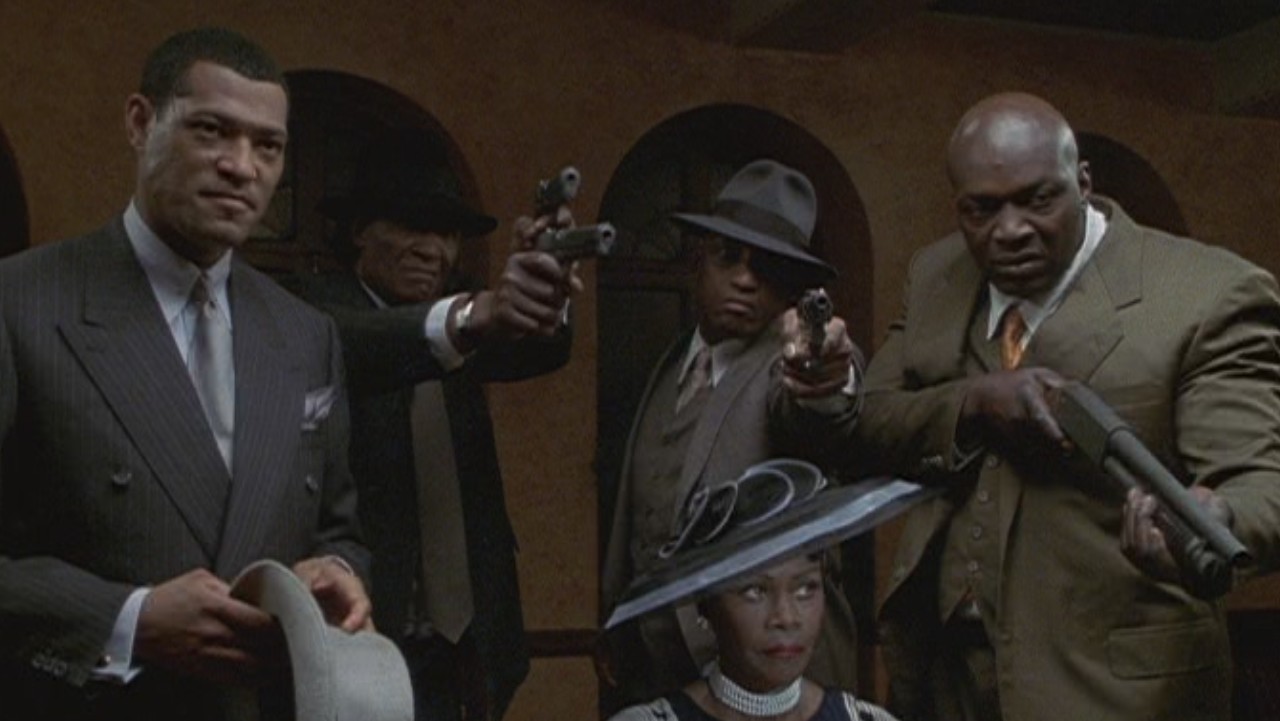 I knew that the character names sounded familiar, but after watching 15 minutes of Hoodlum, I realized I had seen it before. The memory isn't clear, so I wonder what I caught on TV at some random time at some random age, but I definitely watched this movie in the past and was excited by the fact that I was now able to soak it all in with intention. Sadly, I should have left it in the recesses of my mind instead of analyzing it with a complete viewing, because it doesn't hold up. Fishburne, Roth, Garcia, not to mention a host of side, name actors: the cast is pretty impressive on its own. But they couldn't do too much with a story that starts strong, goes bloody, and then loses its way, attempting to be a Harlem Godfather but falling miles short. 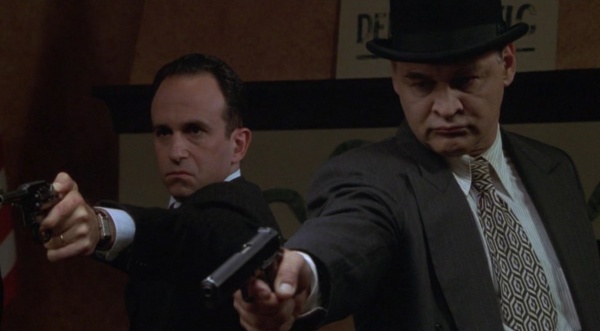 The 1930s, the Great Depression, the slums of Harlem, the gangs of New York. Welcome to the days of the numbers, an illegal form of lottery that gives many jobs, keeps a few rich, and is a means to power in a city that destroys the weak out of hand. Uptown, the Queen holds court, building an empire out of the numbers game and keeping the peace with an iron fist. Downtown, the Italians are in control, led by Lucky Luciano, a cool customer who keeps the law in his pocket & on his payroll. The blacks Uptown, the whites Downtown, everyone is making money, everyone is happy, and the government could care less, as long as it's getting a cut of the profits.

But two men enter the scene who will shake the tree until all the fruit lies rotten on the ground below. One is Dutch Schultz, a neighborhood thug who has risen to power through nefarious means, but who must be taken seriously, as he isn't afraid to do or say anything. He wants to take control of the Queen's empire, stepping over the boundary, and an alliance with Lucky will help him toward that goal. The other man, and joining the other team, is Bumpy Johnson, fresh out of prison and stepping right back to his Queen's side. Bumpy knows that Dutch's force must be met with force, otherwise the Harlem racket will be swept off the map. So a war begins, a battle for turf & money, a fight that won't end until hundreds are dead. 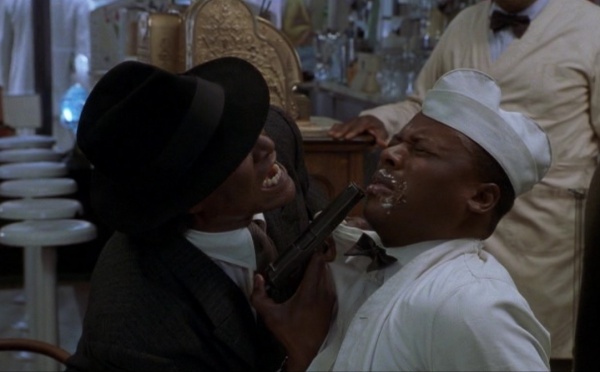 The first half of Hoodlum is a 7, the second half a 3, resulting in a 5/10 film that I wish had stayed a distant, pleasant memory. The characters are based on real life mobsters, so the true story element is in full effect and is enough to pique the interest of anyone who has ever enjoyed a mafia film. Dutch Schultz, the famed wild card of the New York crime uprising, Lucky Luciano the father of modern organized crime, and Bumpy Johnson, the man who united multiple fronts to create an empire; it's fascinating stuff, prompting me to read up on the facts, learn more about the players, appreciate the history. That's the first half of the film in a nutshell, a cool introduction to the time period, the politics, and state of the crime union that would become so influential.

But that's about as far as the positives go. The second half of the film is boring when it isn't simply the constant murdering of countless characters. I understand that things got bloody, but the film abandons the intrigue that holds sway early on, reaches for Godfather heights, and fails to attain that level. Fishburne tries to keep things grounded, and his well-acted role is the foundation for the film. Roth & Garcia also succeed in making their respective characters believable, but not even three strong performances could save a film guided by a TV director & star in Bull Duke, someone who wasn't quite capable of reining everything in for a feature film. Vanessa Williams, Cicely Tyson, Chi McBride, Queen Latifah; some known names pop up, but it isn't the acting that derails Hoodlum, it's the pace of play and the willingness to kill so many in a montage that audiences begin to yawn. 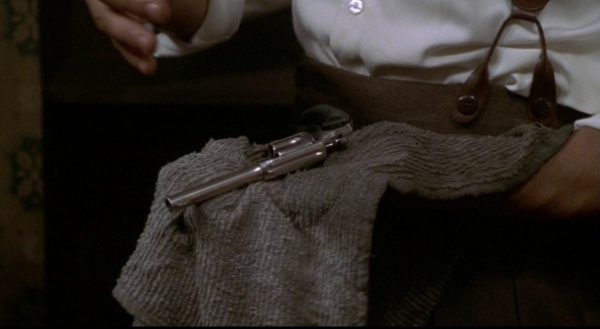 Video: With an aspect ratio of 1.85:1 and shot using Panavision cameras & lenses, the video quality of Hoodlum is as good as can be expected from a 1997 film transferred to a Blu-ray disc. The picture quality is fine, failing to exhibit much color, but never becoming a distraction from the film. Nothing to write home about perhaps, but nothing less than should be anticipated.

Audio: Done is DTS 5.1 Surround and with an option for English subtitles, the audio quality is neither a detriment nor a bonus. Some good period music is scattered throughout, adding to the ambience perhaps, but not making the sound quality or selection impressive.

Extras: There is one special feature on the Blu-ray disc; a trailer for the film. 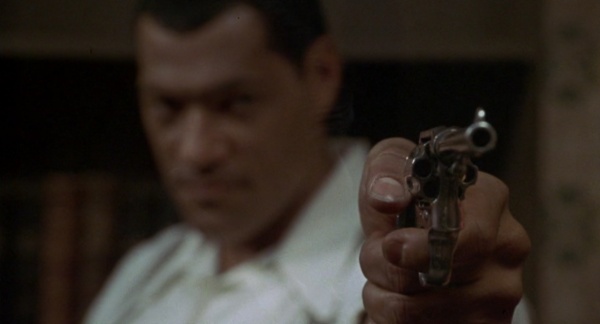 Recommended. The actors and the backstory make Hoodlum a watchable film, but the second-half pace and amateur directing keep it from becoming great. Its length is a problem as well, as the story could have been told in under two hours easily, never warranting an excess of that mark. Read up on the history behind this film; it's fascinating, the beginning of the mafia was we know it. But perhaps don't expect gold from this movie, a good idea that starts soundly but ends with a whimper. The video & audio are fine for the transfer, though not impressing in either area, and there is only one extra available on the disc, making the technical aspects of the film underwhelming. Overall, this film is one I guess I'm glad I saw in its entirety, if only for its actors & significance, but it isn't one I can recommend with extreme enthusiasm.