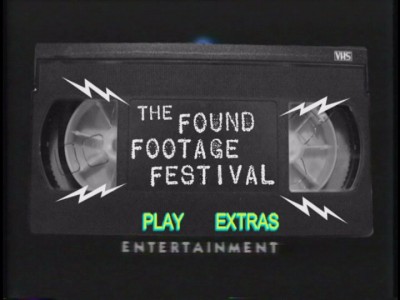 
The Show
Though the combination of streaming video (both commercial and amateur) and DVD would make it seem like everything is available on video, it's hard to imagine their combined forces topping VHS for the sheer number of bizarre videos they've made available to consume. It feels like if there were more than two people together in the age of VHS, one of them probably had a hulking camcorder on their shoulder and was recording the others, while companies were busy putting just about anything they could imagine out on those wonderful plastic bricks of magic. And as a result, decades later, there are unusual nuggets of the past around for groups like the Found Footage Festival to discover, dust off and share with an appreciative public.

The concept is a simple one, as Joe Pickett and Nick Prueher take video clips from tapes they find at various outlets, including thrift stores and estate sales, on tour, and present them live in front of audiences, while providing intros, occasional interstitials and, at times, some MST3K-style commentary. Befitting to the content, it's a very lo-fi affair, and the true star of the show are the weird videos they cull from to create their shows, which run approximately between 70 and 90 minutes. On this first collection, live recordings are presented of shows from 2005 in Brooklyn and 2007 in Minnesota. Though you'll find a few that are well-known online or have appeared on Tosh.0, like the infamous "Pinky the Cat" or the Facial Flex mouth exerciser, the vast majority will be new to most viewers. 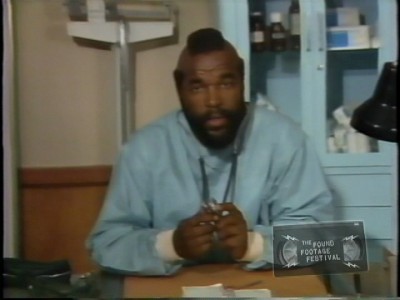 It becomes quickly obvious that the curators of the show have their favorite sources of weird clips, including old corporate training videos (a fount of awkwardness), public access television (the home of unaware broadcasting) and exercise tapes, which were prolific in the VHS era of the '80s and early '90s, resulting in a wide variety of utterly pointless and unnecessary titles from which to pull clips. These three genres alone could probably power the show for a while, with amazing clips featuring Alyssa Milano, rapping grill cooks, terrible talent shows, creepy kids dance specials and something called the "Mc C", which is awful no matter what. Most of these videos are represented in medleys or round-ups, pulling together several similar videos and amplifying their hilarity, like the segments on health and beauty (featuring a terrifying electrifying mask) or the teaching celebrities (where Alan Thicke, Henry Winkler, Jason Priestley and more tackle important topics to kids, like their parents' divorce, getting touches on your privates by doctors and gun safety.) Fast moving and ridiculous, they make for a quick watch and some big laughs.

This collection has a number of tremendous stand-outs to check out, including:

All that, and copious, explicit, full-frontal male nudity. So, there's something for everyone. 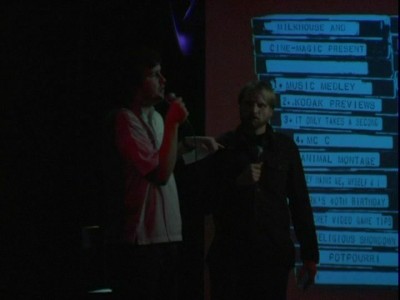 The DVDs
The first two volumes of The Found Footage Festival are split between two DVDs, which are packed in a dual-hubbed, standard-width keepcase with rather silly, yet appropriate cover art. The discs feature two levels of menus, with options to play the special, select scenes and check out the extras. There are no audio options, nor are there subtitles available.

The Quality
The full-frame transfers don't exactly out a premium on video quality, between the dark footage of the theaters where the show is presented (which exhibits healthy noise and black crush) and the variety of VHS footage, which is all over the place in terms of the look. Nothing is unwatchable, but nothing looks particularly good, which is obviously part of the charm. No problems look to have been introduced in the transition to DVD.

The Dolby Digital 2.0 tracks, like the video, are functional, not extravagant. Everything is easy to understand in these center-balanced presentations, with no noticeable distortions that likely weren't present in the original materials.

The Extras
There are two bonus clips on each disc. Volume one has a 6:55 music medley, which includes a blend of insanity, featuring footage of air drumming, bad rapping and singing puppet, as well as a bit from the G.L.O.W. theme song. There's also the 1:32 Kodak previews, which apparently appeared before a Kodak tape. The promos include Just Say Yo, a yo-yo video starring Tommy Smothers and a game of Isaac Asimov's Robots.

Volume two offers 4:10 of the uber-awkward "Grill Skill" instructional video from Wendy's, hosted by Dave Thomas. It is straight-up insanity, and features rap and animated hamburgers. Just crazy all around. There's also 5:20 more of the AVN home shopping team seen in Volume 1, with added products like clothes cologne. If the main feature's clip made you think these guys are out of their minds, this will confirm it.

Each disc has a few text screens as well, with volume one including booking info and the group's official site, while volume two has an about screen. Both discs offer info on how to donate videos. 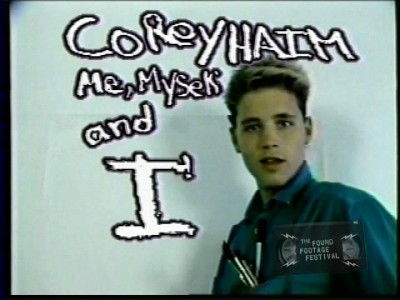 The Bottom Line
Found-footage collections are a great deal of fun, but with the way clips spread online, the only real differentiator is the presentation, and the Found Footage Festival does a fine job of adding their own touches to the material, but mostly keeping out of its way. This collection offers up a bunch of fantastic bits, and a few options for watching them, while the quality is probably as good as it's going to get. Anyone who enjoys random oddities and the VHS era will find something to enjoy in this set.