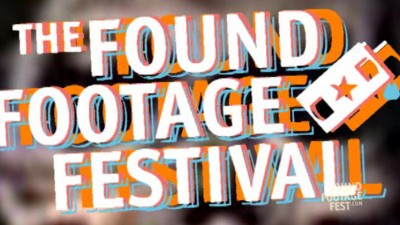 
The Story So Far...
The concept of The Found Footage Festival is a simple one, as Joe Pickett and Nick Prueher take video clips from tapes they find at various outlets, including thrift stores and estate sales, on tour, and present them live in front of audiences, while providing intros, occasional interstitials and, at times, some MST3K-style commentary. Befitting to the content, it's a very lo-fi affair, and the true star of the show are the weird videos they cull from to create their shows, which run approximately between 70 and 90 minutes. Several volumes have been released, and DVDTalk has reviews of the first two collections.

The Show
Joe and Nick hit the road again with another pair of live shows, featuring more bizarre and frequently funny content they've come across. These two shows, recorded in Milwaukee in 2010 and Chicago in 2012, are the work of guys who are old pros at this point, and their comfort level on-stage can sell just about any clip they decide to share. That level of comfort has had an effect on what they show as well, as they try some new things, like pulling content from others in the field of found footage, such as an exercise montage courtesy of TV Carnage, or showing material that isn't so much funny as it is horrifying, like the disgusting "Wound Rounds Live", which isn't even from VHS, but from the internet.

Though it's hard to blame them for putting their stamp on the genre of found footage, their increasing role in the content isn't for the best. Nothing against Joe and Nick, but they are the hosts, not the reason people turn out. Sure, it can be excused when the original content means we get to see Bob Odenkirk demonstrate various audience reactions (in parody of a montage of seminar videos featuring some memorable crowd responses), or when they create their own version of a Frank Woehrle song, with the man himself, who came out of retirement to perform another lackadaisical easy-listening tune in front of a greenscreen filled with unusual visuals. However, in Volume Six, when they present their own experiences with the press and their own viral-video fame courtesy of a TV morning-show prank, it just gets too far from what The Found Footage Festival is about. Is it funny? Yes, but it goes on way too long. 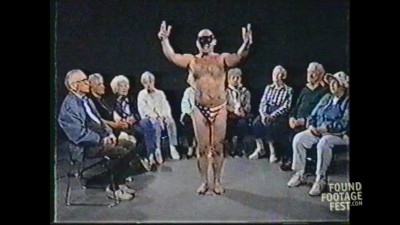 Fortunately, the things that have made The Found Footage Festival so enjoyable over the years are still here, including ridiculous exercise montages (featuring kids, equestrians, thugs, Cher, Jackie Stallone and Dirk Benedict, among others), more public-access madness and crazy instructional videos, like two tapes teaching the developmentally-disabled how to masturbate, lessons on playing the spoons and Linda Blair hosting a certainly-illegal training session on getting revenge. And though corporate training videos sadly aren't a big part of this set, we still get some clips from yet another Federated Mutual safety video, with even more horrific accidents, as well as a video showing how toilet plumbing is tested. You'll never look at soy the same way.

As was the case with the previous sets, there's a lot of new areas covered here as well. Stranger danger is represented in an extremely creepy way by a clown and several dudes in parks, while ventriloquists show off their weird sounds and a vivisected puppet. Guy stuff, like penis injections, weapons and the remarkably complex initialisms of motorcycle gangs, get their moment in the sun as well, as do kids videos, music lessons, and hypnosis. But no one leaves quite the impression that Frank Pacholski's public-access show does. Seen briefly in an earlier volume, Pacholski--clad in a harlequin mask and an American flag speedo-- dances in the middle of a semicircle of the elderly. And then there's his second video, which needs to be seen, not explained. Joe and Nick also managed to track him down to ask a few questions, in order to bring closure to everyone who watched.

But that's not all. There's also:

And, as if you didn't already know, explicit full-frontal male nudity. 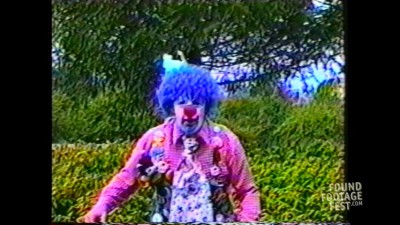 The DVDs
Volumes five and six of The Found Footage Festival are split between two DVDs, which are packed in a dual-hubbed, standard-width keepcase with simple, silly cover art. The discs feature two levels of menus, with options to play the special, select scenes and check out the extras, while you can watch the featured clips with or without the live show aspect. There are no audio options, nor are there subtitles available.

The Quality
As the show moves forward in years, it's obvious that they've learned a few things and the discs look increasingly better, with both discs in anamorphic widescreen now. This time out, the theater bits look great, with appropriate color, a nice amount of fine detail, and solid black levels. The VHS footage is what it is, varying depending on the age and source, but they all have that aged, lo-fi, harsh-looking aesthetic you expect of VHS.

The Dolby Digital 2.0 tracks are good, with clear, legible voices across the board (though there are some issues in the theater, which seem to be microphone-based.) The sound's clarity lets you appreciate all the distortions and imperfections in the materials.

The Extras
Volume five offers a VHS-looking peek at how the "Footage Parade" video was made (3:51), which includes the wonder that is the guys explaining the lyrics to rank and a bit about his history. It's just about what you'd expect of him after watching his found footage.

"Modeling" (2:44) is a montage of how-to footage from various modeling videos, with its greatest claim to fame being appearances by Denise Richards, Tiffani Amber Thiessen and Mario Lopez. But pay attention, because you may just learn something about how to make your face look right by making vowel sounds. Important stuff.

Meanwhile, on the other side of the beauty spectrum, you find more of "America's Funniest Dirty Jokes", most of which are simply bad, though I'm fairly certain you can spot a young Kevin Bacon in here.

There's also a trailer for Volume 5 (:53), which one assumes appeared elsewhere first. Either way, it would want to make you watch this disc if you didn't already have it in your possession.

Volume six sees the extras train slow down a bit, with less additional good stuff to check out. Things start with Jacy Catlin, who does a pre-show warm-up for the main feature, in which he presents his "Enjoyables" (8:36), crude drawings he puts on Twitter. Here he presents them in three ways, with the idea being that the audience has to guess what the writing is that goes with the cartoon. While certainly amusing, they go on too long for the amount of laughs they get.

Another added montage, "Manners" (2:19), takes a peek at this polite corner of the FFF universe and finds it to be as weird as any of the others. It's followed by more of "Instant Adoring Boyfriend" (2:29) a sad boyfriend-on-tape, who takes his love for you, the viewer, way too far. Thinking about who may have bought this tape, and not as a joke, is just super sad. Things come to an end with the brief "Fruit for Thought" (:33), featuring a precocious youngster, seen in another segment, delivering a rhyme about those sweet natural treats.

As with Volume Five, this disc has a trailer for the feature on this disc, and again, it's a well-edited blend of what makes the show enjoyable. 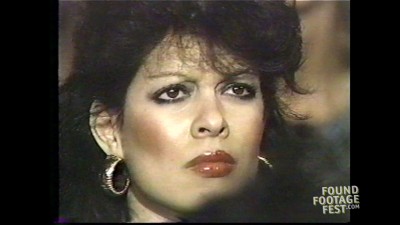 The Bottom Line
After the second collection of The Found Footage Festival this set had three options as far as what direction it traveled in, and though there's lots to like about it, it unfortunately took a small stumble, with too much of Joe and Nick and not enough bonus content. But as noted, there's still a lot of good stuff on these two discs, and there's no way you won't have a good time watching them. You just won't have as good a time as you did with Volumes Three and Four.