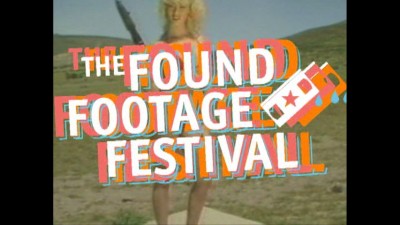 
The Story So Far...
The concept of The Found Footage Festival is a simple one, as Joe Pickett and Nick Prueher take video clips from tapes they find at various outlets, including thrift stores and estate sales, on tour, and present them live in front of audiences, while providing intros, occasional interstitials and, at times, some MST3K-style commentary. Befitting to the content, it's a very lo-fi affair, and the true star of the show are the weird videos they cull from to create their shows, which run approximately between 70 and 90 minutes. Several volumes have been released, and DVDTalk has reviews of the first three collections.

The Show
10 years in and Joe and Nick continue to tour with their collection of strange videos they find here and there. It's a testament to just how popular VHS was and how accessible it was as a format that these guys can still find fresh material to share. For this anniversary edition of the show, they traveled to Asheville, North Carolina with an extra-long 101-minute presentation full of new clips, as well as some material inspired by popular bits from the past. Fortunately, there's not a lot of previously-seen footage, as they used those fan favorites as opportunities to revisit or expand on them.

Of course, there are some bits that you'll always find in an FFF show, like the exercise video montage (which hits big with clips on sexual fitness, something called "Buttcamp!", and a woman who looks a lot like a Kristen Wiig character doing unusual facial exercises), a public-access reel that's defined by the growing madness that is The Thoman O'Datey Explosion and another round of quick-hit coming attractions with blind people copping feels and the world's strongest clown. Sadly, there are no industry training videos, but past gems like home-shopping lunatics John and Johnny are featured in newly-found and even funnier clips, as well as a reunion, while we get more of the three-ring circus that is Petpourri, as well as another round of the VHS cover slideshow. 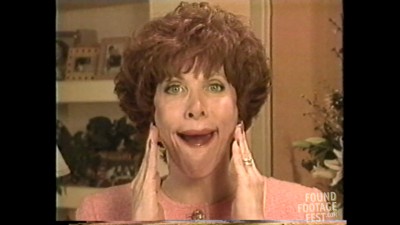 Even after 10 years there are rocks in the found-footage world that the guys haven't turned over yet, so there are new genres introduced here, like the commercial-break footage from Portland's KOIN 6 news team (featuring complaints, freakouts and boredom), a high-school talk show with a severely low-energy host and an Insane Clown Posse-loving guest, and some of the most disgusting footage ever heard, courtesy of a reality show Joe and Nick briefly worked on. Sometimes they'll uncover something that's had wide distribution online, like the "How to Have Cybersex on the Internet" instructional video, but for the most part, most of the clips should be new to you.

Some of the best parts of the show come from Joe and Nick's comments during the videos, perhaps partially because their Midwest background makes them sound a lot like Tom Servo and Crow. It would be great to get more of this in spots, since they are judicious about when they jump in. Where they don't hold back though is with their own content, which was an issue in recent volumes. Here, they once again try the TV morning-show prank, swapping the yo-yo master for a chef working with leftovers. The first version wore out its welcome quickly. This one barely gets off the ground, because it's the same idea, just slightly different. Which doesn't improve it in any way. That it's the last full segment of the show is another problem, as it's hardly a solid climax.

Some of the other highlights include:

And, as it has been and as it ever shall be, explicit full-frontal male nudity (not to mention, for the first time, full-rear as well.) 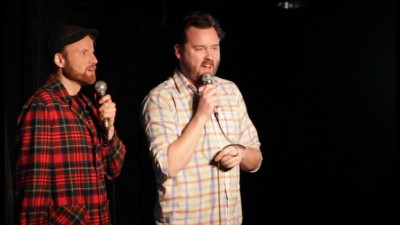 The DVD
Volume Seven of The Found Footage Festival arrives on one DVD, which is packed in a standard-width keepcase with simple, attractive cover art and a list of the videos shown. The discs feature two levels of menus, with options to play the special, select scenes and check out the extras, while you can watch the featured clips with or without the live show aspect. There are no audio options, nor are there subtitles available.

The Quality
Once again, there's a perfect contrast between the footage in the theater and in the video content, all of which is presented in anamorphic widescreen (with the old material presented in columnbox format.) The intros, interstitials and new content is clear and crisp, with appropriate color (though some footage is a bit overexposed.) Fine detail is impressive and black levels are solid as well. The VHS footage captures that old, harsh, not exactly sharp or defined look of the era, which is just what you want from stuff like this.

The Dolby Digital 2.0 track on this show does its job and does it well, so everything you're supposed to be able to hear sounds clear and easily understood. As with previous collections, the clarity of the audio ensures that it sounds like it's the dated material you're watching. Any time ‘80s music is heard, it sounds excellent.

The Extras
The spread of bonus content remains small, and has an increasing about of Joe and Nick, once again pulling further away from the core of the show. The festivities kick off with a 3:!0 interview with everyone's favorite home-shopping salesmen, John and Johnny. Among the topics covered are cocaine and mustaches, so it's got something for everyone.

If you enjoyed the clips of the bowel-movement classic "Accidents Stink!" but thought it was missing something, you'll find it in the 3:09 "Uncensored ‘Accidents Stink!'" Though you'll first have to get through three warning screens, which inform you of what you're about to confront head on. For very niche audiences only.

A supercut of Tony Little saying his catchphrase "You can do it," checks in at 3:30, and you'll start thinking it's too long by about the 30 second mark. Challenge yourself to power through and prove your endurance.

"On the Road with Nick and Joe" is a small (5:48) look behind the scenes of one of the FFF shows, as they prep and warm-up for the show, while also talking about how it comes together and what the future for the Festival might be.

The extras conclude with the short (7:19) mockumentary Glue Man, about an expert talking-head documentarians call upon to aid their projects. Ken Burns and Morgan Spurlock join in the fun in a piece that will be best appreciated by those who are really into non-fiction film. 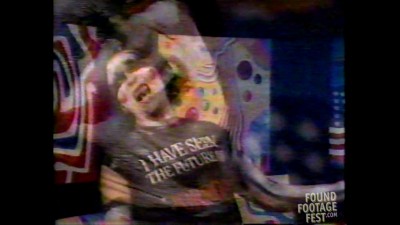 The Bottom Line
After 10 years, you'd think the well of found footage would be tapped dry, but Joe and Nick keep presenting entertaining clips. They also keep creating their own content, which is a less successful venture. This anniversary edition looks back at some popular segments of the past, but wisely keeps repetition to a minimum, though overall, the new stuff isn't as strong as it has been. Similarly, the extras don't reach past heights, and the whole package sits in a good-but-not-great area that feels like a bit of a let-down considering it's the 10th anniversary. But like pizza, even OK FFF is more than welcome.