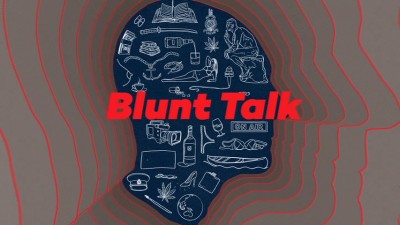 
The Show
On paper, Blunt Talk looks like a slam-dunk. Seth MacFarlane producing. Patrick Stewart in the lead. Community's Tristram Shapeero on-board as producer and frequent director. Bored to Death creator Jonathan Ames as creator and showrunner. Scene-stealers like Mary Holland (Comedy Bang! Bang!) and Karan Soni (Deadpool and Ghostbusters in the regular cast. But put it all together, and instead of creating craveable, bingeable TV, you get a competent showcase for Stewart and occasionally-amusing behind-the-scenes dramedy about TV news.

The show centers around Walter Blunt (Stewart), the face of the UBN network, a veteran of the Falklands War and the captain of a sinking ship, as ratings have been in a slump His problems come to a head when, after a night of drinking and edible marijuana, he is busted--on camera--by the cops with a transgendered prostitute and ends up injuring an officer in the process of being arrested. Doubling down on the damage he's done to his reputation, he takes a lot of pills before facing the nation in order to make an apology for his actions. Instead, he has a near-death experience and decides to turn his life around, both personally, with his staff, family and friends, and professionally, by helping the world through his show, Blunt Talk. 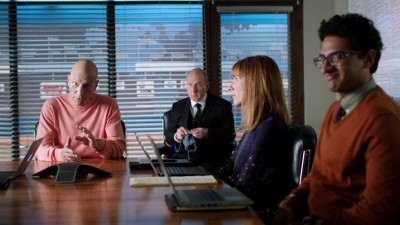 Part of the problem is his staff, as each one is more broken than the last, from his long-time producer Rosalie (Jacki Weaver), who is dealing with problems of her own in her open marriage to Teddy (Ed Begley, Jr.), to his young protege Jim (Timm Sharp), who has secrets hidden in his locked office. Of course, Walter isn't much help to them because he's trying to fix his own problems, which are exacerbated by his loyal manservant Harry (Adrian Scarborough), who only wants to do right by Walter, but ends up enabling his worst impulses, which often sabotage Walter's good intentions. Despite that, their relationship is key to Stewart's character's man-out-of-time appeal.

Because everyone in Walter's little circle is damaged in their own special way, including his British producer Celia (Dolly Wells), who struggles with insecurity, young Martin (Soni) or eager Shelly (Holland), and their damage impacts each other's, work tends to take something of a backseat to their drama. The same, unfortunately goes for the show's plot. There's something of a serialized storyline that connects the adventures of each episode over the course of the season, but for the most part the show is focused on who these people are, rather than what they do. As a result, there's not a lot of momentum to the series as the episodes progress, and the season finale arrives with a bit of a thud.

The cast gets the most out of this 10-episode character study, with Stewart doing his usual masterful job as Blunt. He's a joy to watch as he battles his demons and tries to make things better for those around him, but fails miserably. You only wish there was more for him to do than to imbibe and seduce. But even so, it's worth watching just to see him at work. The same goes for Holland and Soni, even if their parts are two of the smallest of the main cast (John Hodgman nearly gets more to do in his odd guest spot.) Despite that, they fit in well and have their spotlight moments of uncomfortable awkwardness in an office where HR's presence is desperately needed. Guest spots for Elisabeth Shue, Richard Lewis, Jason Schwartzman, Brett Gelman and Stewart's fellow Next Generation crewmate Brent Spiner round out a small but effective cast.

It'll be curious to see where Season Two talks Walter and company. It's going to have to find a new path to take the team on, because to continue to mine the character's foibles for another 10 half-hours will become tedious. It's time to see who they are by seeing more of what they do, rather than who. 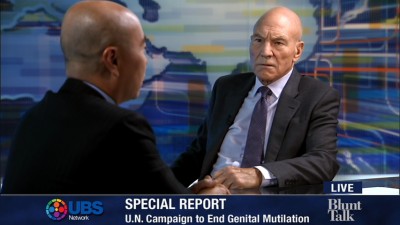 The Discs
The 10-episode first season of Blunt Talk arrives on two DVD, packed in a standard-width keepcase with a tray for the second disc. The discs have static, anamorphic widescreen menus with options to watch all the episodes, select shows or adjust the setup. Audio options include English Dolby Digital 5.1 and Spanish Dolby Digital 2.0 tracks, while subtitles are available in English SDH and Spanish.

The Quality
The anamorphic widescreen transfers here, though not HD, look pretty terrific, a nice level of fine detail and good, appropriate color throughout, including quality skintones. The party scenes in episode nine are probably the show's biggest challenge, and these discs ace it, with no noticeable concerns in terms of digital distractions. A solid presentation from start to finish.

The Dolby Digital 5.1 tracks for this show stick to the basic formula of putting the dialogue in the center channel, while utilizing the side and rear speakers to boost the show's music and deliver some sound effects. All elements come off clean and sufficiently powerful, though the atmospheric effects in the surrounds aren't particularly present in some scenes. When the music is pumping (as it is in a number of scenes, the low-end makes its presence well-known, putting you in the middle of the mix.

The Extras
The core extra is the 23:41 "Inside the World of Blunt Talk", in which Ames goes back over each episode, discussing the series' origins, influences on the show (like Network and Busby Berkeley), his favorite parts and how guest stars got involved in the show (as well as how the death of a cast member affected the show.) These act like mini video commentaries and offer good insight into the show.

The remainder of the extras are short promos for the first season, including the overview "First Look" (1:58), the character-focused "Meet the News Room" (1:48) and one about Walter and Harry's relationship (1:05). The main actors all participate to talk about their parts. 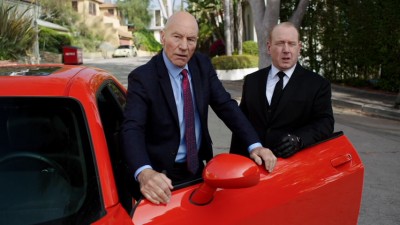 The Bottom Line
If Blunt Talk was an athlete, it would be considered to have all the tools, but no toolbox. There's so much good stuff going on, but the show lacks the kind of plot to keep the audience interested, while the balance between emotion and comedy too often leaves comedy on the light side. The DVDs look and sound very nice and offers some good insight in the small batch of extras. Maybe Blunt Talk is a classic case of a show with a great recipe needing to find its legs and the second season will be better.