The original 1977 version of Roots was a game-changer not only as a profound moment for the American public to finally come face to face with the true horrors of slavery, but also as a technical achievement that began to blur the lines between cinema and TV (You can read about my admiration for that cultural juggernaut here). Thanks to many premium cable channels and streaming companies pumping millions of dollars into various scripted TV projects, TV is going through its new golden age; full of excellent material that rivals the best that cinema has to offer. For example, can you think of a more cinematically brutal battle scene from recent years that was better than the Battle of the Bastards from Season 6 of Game of Thrones? 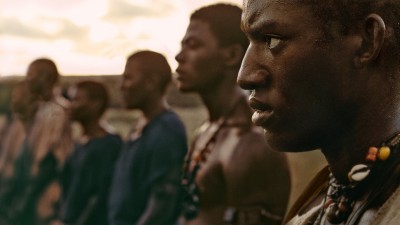 Therefore, no matter how closely it sticks to Alex Haley's book or the original miniseries, it's hard to expect a similar culture-changing experience from the glossy, tighter-paced, and more action-packed 2016 remake of Roots. The reasons for this is twofold: The original was a huge hit that still resonates on home video, so a huge chunk of the population already knows the story, and the remake pretty much follows it beat by beat. And two, with literally hundreds of quality scripted shows to choose from, it's harder for the new Roots to make a splash like the old one did, which was broadcast when the US only had four network channels to choose from.

So, now that you more than likely found out here for the first time that there indeed is a fairly big-budget remake of Roots, you might be wondering whether or not it's worth it to give it a shot. The answer depends on your familiarity with the 1977 miniseries, and whether or not you'd like a more modern, i.e. slick and violent, version of the same story. If you're one of those younger fellas who enjoys their flashdancing and hippity-hoppity music, than the remake's more epic and grandiose approach, as well as its faster pace, might appeal more to you. And hey, whatever gets you to learn more about this horrid but important slice of American history, I'm all for it.

Since the remake contains the same exact story, I'll be mostly comparing the differences between the two versions. If you'd like to get an overall synopsis of the story, check out my review of the original. One of the most refreshing changes in the remake is a further push towards historical accuracy. This attention to historical detail is mostly prevalent during the first episode, which chronicles Kunta Kinte's (Malachi Kirby) life in Africa before he was captured and sold into slavery in the US. The producers don't shy away from the fact that Kinte's tribe was Muslim, and lived in a fairly large and surprisingly modern-looking city, as opposed to the makeshift stereotypical African village that was depicted in the original.

The producers take a chance on Kirby portraying both old and young Kunta Kinte. In the first version he was played by two actors, LeVar Burton (Who's an executive producer here, and has a blink-and-you'll-miss cameo) as young Kunta, and John Amos as the old one. Burton's confusion and sadness as he's ripped away from his home and family is replaced with a Gladiator-style warrior determination by Kirby. This portrayal fits the more modern historical epic archetype, but it misses the relatable fear and isolation that Burton so effectively communicated. It's hard for any actor to depict a character from his teenage years all the way to his 60s, but Kirby has the right age and temperament to effectively pull off a cocksure teenager, as well as a beaten down old man.

There are a lot of added or extended action sequences that were missing from the original show. The attempt at taking over the slave ship is given more of a suspenseful buildup as the male and female slaves find a way to strategize through their singing, turning this otherwise forgettable section of the story into the most viscerally engaging part of the remake. There's a wholly underdeveloped sub-plot added where Kunta joins the British army during the revolutionary war, only to show him kill a bunch of slave owners, Django Unchained-style. Even moments that didn't originally have a sliver of violence are given an action-oriented polish. For example, the peaceful death of a vital character is turned into a heroic and ultimately bloody fight sequence.

This emphasis on a more kinetic approach and the relative shortness of the runtime (383 minutes as opposed to the original's 570) results in many sub-plots and characters to be cut down and shortened. Whether or not you'd be annoyed by this change depends on what you'd expect from the remake. Sure, we get a more breezy and modern take, but the novel-like pacing of the first miniseries, where each character and story got enough breathing space to truly develop, is mostly missing here. 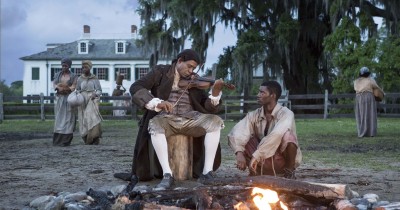 Roots takes full advantage of modern digital filmmaking, as well as its impressive roster of directors (Philip Noyce, Mario Van Peebles, Bruce Beresford), to put together a vibrant, colorful, and cinematic experience. The miniseries has some gorgeous sequences that come to life in this pitch-perfect 1080p transfer. From the many earthy browns of the Africa sequences, to the bright greens of the plantations, the presentation is incredibly clean, without any noticeable video noise.

Even thought Roots was made for TV, the miniseries' many high-octane action sequences turn the DTS-HD 5.1 track into a fairly vibrant home theatre experience. The soulful score envelops all of the channels, while the many intense battls lets the surround speakers come to life.

A History Revealed: This is a 42-minute documentary where clips from the miniseries are intercut with interviews with historians about the real events that surrounded the story. Some very interesting information can be found here.

Even though it's not as groundbreaking and impactful as the original, the new Roots is an impressive and engaging entry for newcomers, one that also doesn't shy away from showing the true brutal violence of slavery, taking full advantage of the kinds of graphic images that the networks in 1977 couldn't show.