Light Between Oceans, The 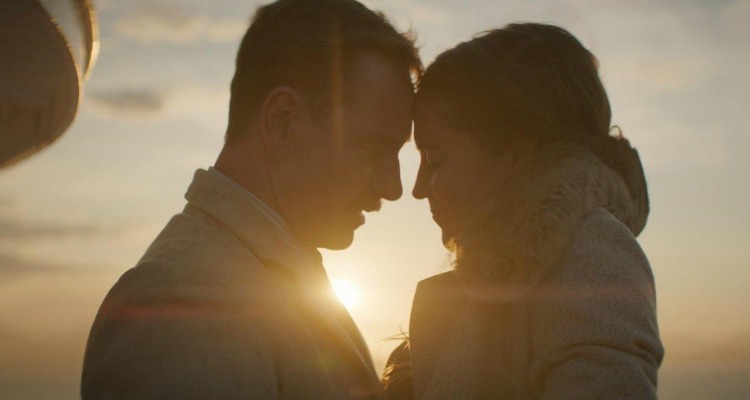 Much like with The Danish Girl, the dramatic critical hit period piece of 2015, The Light Between Oceans premieres as a film that is guaranteed to succeed. It fills the same niche as the former, even also co-starring Alicia Vikander, the girl who can do no wrong. Combining some specific elements is about as certain a recipe as you can possibly produce, and Between Oceans follows Danish Girl down that path step by step. Proven director: Cianfrance (Blue Valentine, The Place Beyond the Pines) replaces Tom Hooper. Star male lead: Fassbender (Slow West, Macbeth, Steve Jobs) over Eddie Redmayne. Stunning leading lady: Vikander does the job again (A Royal Affair, Testament of Youth, Ex Machina). Talented side actor: Weisz (The Lobster, Youth) takes on Schoenarts' role. Add in a heavy, heart-breaking plot, rely on each actor's proven talent, depress & impress audiences; this is a proven way to win, if not exactly to become our favorite film of the year.

WWI has just ended, and many of Australia's sons did not return home. This shortage of young men & hard workers has left the country a sad & lonely place, especially in the small villages that lost so many. Tom Sherbourne, one of the lucky few to survive, has come to the western coast to find work, applying for the vacant position of lighthouse keeper. The lighthouse is located on a desolate island out at sea, where those who live there are completely cut off from the neighboring town except for the occasional small supply steamer. This suits Tom just fine, as his recovery from the horrors of the war wants some solitude, the lighthouse emerging as the perfect place. But his cold life is warmed by the love of a local girl, Isabel, a surprising turn of events that brings joy to his once-somber life. The couple's inability to have children dampens their happiness, until one day a boat washes ashore carrying a dead man and a crying infant. This is the baby Tom & Isabel have been waiting for, though she isn't their own and should be reported to the authorities, something they can't force themselves to do, instead creating a fiction that hides the pain of their reality.

The Light Between Oceans is a success seen a mile away, a film with all the pieces necessary to succeed and the talent to pull it off. There was never any real doubt that this film would work, it was only a matter of how well. Cianfrance has a gift for mood and for unconventional love stories, putting that talent on full display here. Fassbender is the best actor in the business right now, bringing something magical to an industry that just can't keep up with his ability. Vikander is America's It Girl currently, turning everything she touches into gold and becoming the most sought-after actress of the last few years. And Weisz is a professional who can't be ignored, a proven power who only seems to be improving with age. These talented players directed by this unique filmmaker backed up by a best-seller were never going to crash & burn, they were always poised to flourish.

But much like with The Danish Girl, there's something missing here that keeps the film from reaching that next level, from becoming the gem of the year, from sweeping the Oscars as it has every right to imagine itself doing. The story is predictably depressing, giving audiences a brief touch of happiness only to dash our hopes by taking it all away. You can tell by watching the trailer that you're in for a tearjerker, and the film doesn't disappoint, even getting me & forcing me to think of my own little girl, what would happen were she torn between two worlds. Heavy stuff, and perhaps that's one problem that keeps it from absolute greatness. There isn't much reprieve from the weight of the film, and the difficulties of its characters become a bit repetitive. I tired of the island & the struggles of its inhabitants, even while knowing that the story was being well-told. In essence, Between Oceans isn't magical, which is the only thing keeping it from excellence.