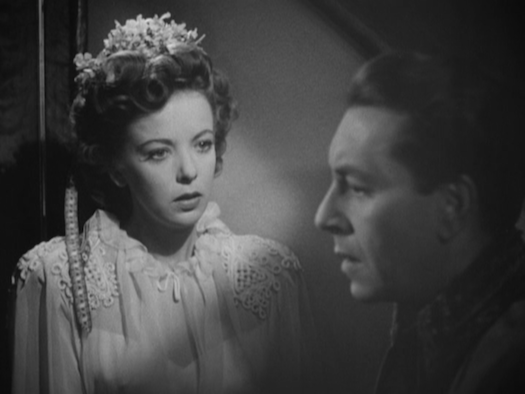 The 1944 romantic drama In Our Time is an unusual but entertaining slice of wartime propaganda with a clear lefty bent. Ida Lupino and Paul Henreid are lovers from different classes who pair up in Poland, in the weeks leading up to Germany's WW2 invasion of the country.

She is Jennifer, a working class English girl, traveling as the assistant to an amusingly haughty interior decorator (Mary Boland). He is Stefan, a titled Polish count and man about town. His relatives disapprove of her status as a commoner, but her forward-thinking ideas might help save the family from financial ruin. When Germany finally attacks, the characters must decide whether they would rather save their skin or save their country. Our two heroes are patriots to the end.

On a pure plot level, that's about all In Our Time has to offer during its rather languid two hours, but honestly the plot is the least interesting aspect of the film. While In Our Time is not what one would naturally think of as a hang-out movie, the script by Ellis St. Joseph and Oscar winner/future blacklistee* Howard Koch (Casablanca) and the direction by Vincent Sherman (Mr. Skeffington) combine to create a series of subtle, nuanced and unexpectedly contemplative scenes. In its best moments, In Our Time is an unhurried character study that doesn't hit all the predictable love story beats at exactly the moments you suspect.

Lupino is particularly enchanting as an intelligent young woman who, because of her station in life, initially feels compelled to keep her thoughts to herself, then slowly starts speaking up once she finds Henreid's character to be a loving audience. For his part, Henreid is likable, if a bit theatrical. Henreid is able to underplay the way that Count Stefan's attraction for Jennifer turns to deeper affection and a desire to be Jennifer's protector, but when he must deliver anything resembling a speech, Henreid attempts to make it the grandest proclamation ever uttered in human history. Admittedly, Lupino has a few broad moments too, but these arguably occur because she's trying not to be bulldozed out of the movie by her scene partner.

While it is quite disarming for roughly two-thirds of its running time, the film becomes less effective when it eventually gets overtly political. For example, there's a rather long scene where Jennifer and Stefan try to teach a group of farm workers to seize the means of production-- er, to learn how to use a tractor. The final passages of the film, in which Jennifer and the farm women must harvest the wheat while the men all leave for battle with Germany, transforms these quirky characters whom we've gotten to know into symbols -- and not terribly compelling ones. Still, the cast is so good in general -- especially Lupino -- that it's easy to stick with the flick, even when it turns didactic.

If you've never seen In Our Time, it's certainly worth a look.

*Although Koch was a for-hire writer on the 1943 pro-Stalin flick Mission to Moscow, he wound up taking the fall for Warner Bros. when the House Un-American Activities Committee put the production under scrutiny later in the decade. 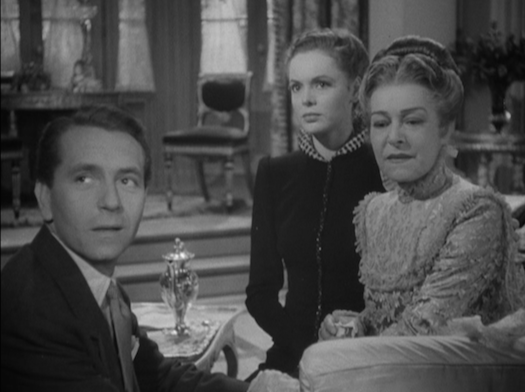 The DVD
In Our Time comes as a manufactured-on-demand (MOD) DVD-R, as part of the Warner Archive Collection.

The Video:
Apart from some major blockiness during the opening fade-in, there are not many digital issues to report with this standard 1.33:1 presentation. The film source is in decent shape, with sporadic dirt and specks, but no major damage. Contrast and detail are above average.

The Audio:
No big problems with the Dolby 2.0 mono audio. Dialogue is clear and not too trebly. The sporadic effects, like the sound of bombing which the characters initially mistake for the sound of thunder, are deftly executed. Franz Waxman's score is crisp and lovely. No subtitles.

Final Thoughts:
The underrated Ida Lupino delivers a soulful, layered performance in this offbeat wartime romance. Paul Henreid meanwhile errs on the side of being too operatic, but he makes for a memorable romantic lead even so. Overall, the flick is an unexpected charmer. Recommended. 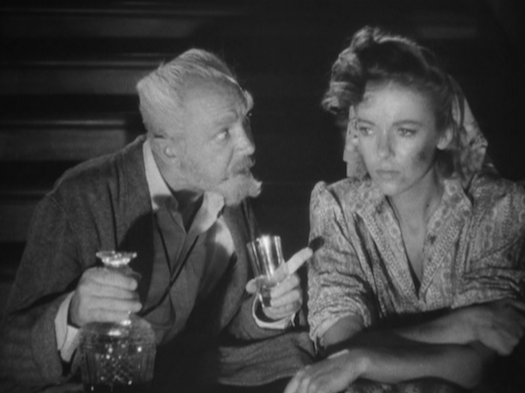