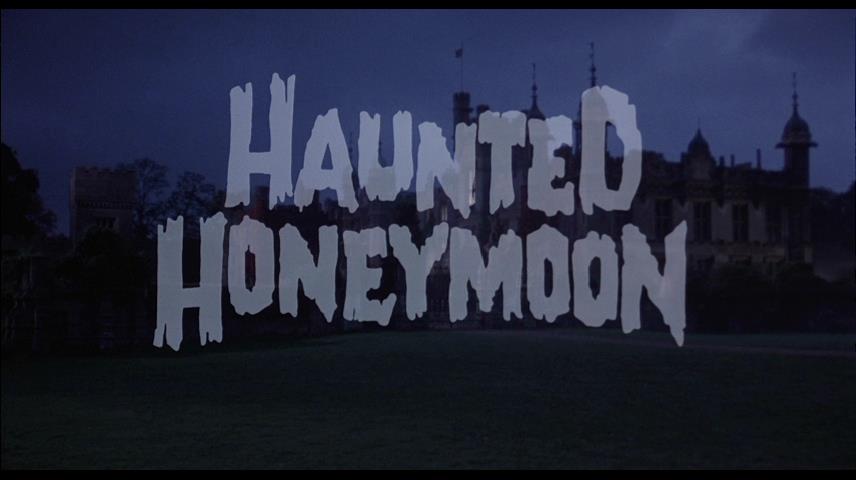 There have been a few recent disc releases that were timed rather unfortunately as their stars or directors had recently passed on, one being 1986's Haunted Honeymoon, directed by and starring Gene Wilder, released on Blu-Ray shortly after his death. It's also unfortunate that this movie was poorly reviewed upon release and didn't make back its budget in theaters- despite that, I had always wanted to see it and ended up being one of those movies that I just never got around to until now. Now that I have, and went in really wanting to like it, I must add my unfortunate opinion that it isn't very good after all even with time on its side. 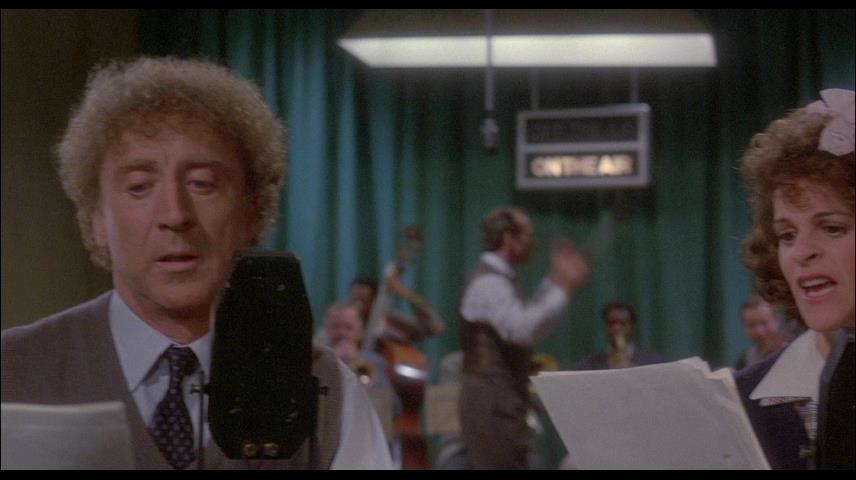 The movie is certainly promising- it's a tribute to the pre-TV era when narrative shows were on the radio, with actors and sound effects telling the story and the audience filling in the visuals with their imaginations. Wilder plays Larry Abbot, star of a mystery anthology series and about to be married to co-star Vickie Pearle (Wilder's real-life wife Gilda Radner in her last film role.) A problem soon arises when the two of them are doing their show and Larry is flubbing his lines and laughing at inappropriate moments- actually this isn't really noticeable to the audience, but the people up in the engineering booth are getting quite concerned. Larry's uncle (Paul L. Smith) who also happens to be a psychiatrist suddenly appears, and says that his condition is a by-product of getting married and the only cure is to scare him to death! Conveniently, Larry and Vickie are just about to spend the night at a large old castle owned by Larry's great-aunt Kate (Dom DeLuise in drag, one of the movie's initial selling points) and have their wedding there the next day. Several family members are also there, and ultimately a few strange and scary things start happening, like werewolves appearing and people turning up dead. Is this all really happening or just part of the joke meant to cure Larry's hysteria?

While the movie certainly looks good, especially the sets of the old castle, much of it falls flat or doesn't make sense- primarily Larry's whole "condition" in the first place. We just don't see it affect him enough to really care about it, and instead just have to accept that someone needs to scare him just, well, because. DeLuise is rather funny in his role, although it "won" him that year's Razzie award for Worst Actress- one of the best bits is an impromptu song-and-dance number with him and Radner. There's also a running joke with the butler Pfister (Bryan Pringle) that produces a few chuckles- he's hard of hearing and mis-hears what's being said most of the time. Larry explains this to his fiancée as he's leading them up the stairs, and Pfister hears him enough that Larry has to make up a story about her actually not hearing very well, leading Pfister to shout loudly at her for the remainder of the movie. (Ironically this disc does not include any subtitles or captions to help out those who might not hear so well.) And of course the movie's title doesn't make a whole lot of sense either, as the couple hasn't even been married yet, although "Haunted Honeymoon" happens to also be the name of the story they performed on the radio. 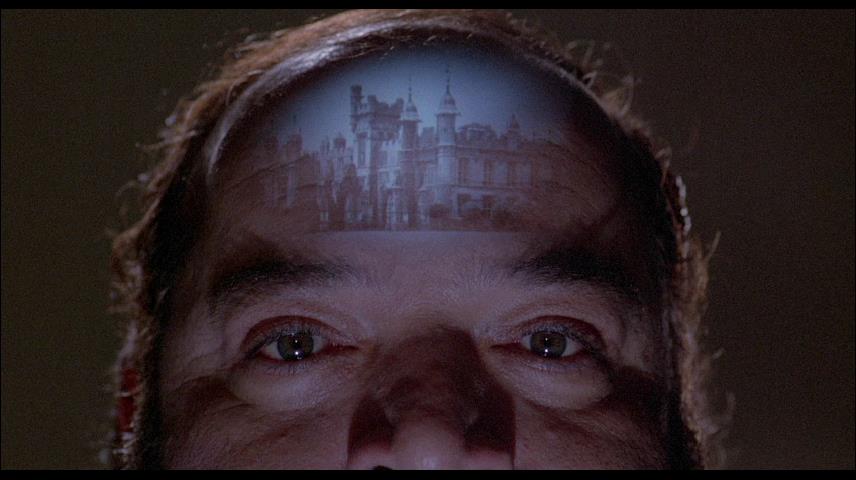 Kino-Lorber presents Haunted Honeymoon on Blu-Ray via another hi-def transfer from MGM, current keeper of the defunct Orion Pictures' catalog. Those who do like this movie will be quite pleased as the picture is very clean and detailed, with a light bit of film grain. Colors are a bit light given the "dark" tone of the movie. A few dark scenes have a bit of a "digital" look to them with possible overcompression which loses a few points from my score, but this is likely the best this movie will ever look. The proper 1.85 framing is kept. 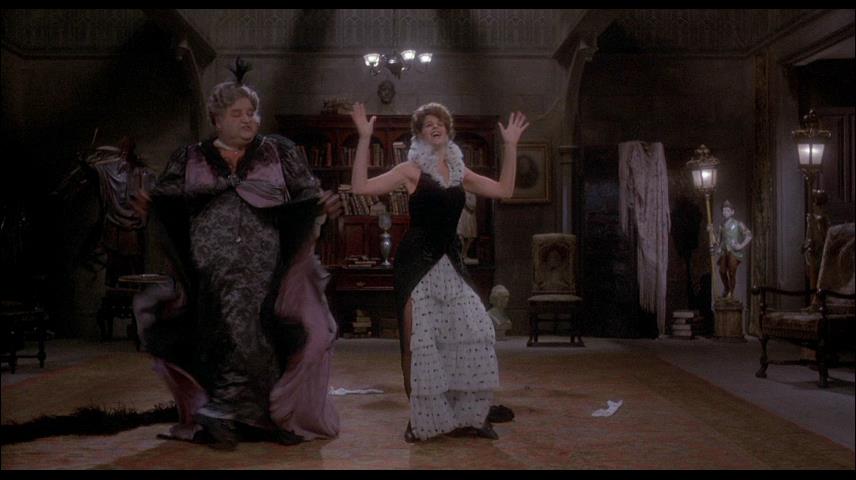 Despite the DTS logo on the back cover, I was pleased to find that the audio on this disc is really 2-channel uncompressed PCM. (The added opening and closing MGM lion roars are in DTS Master Audio, but the movie itself is a separate file in PCM.) I prefer uncompressed sound whenever possible, although in this case it might have eaten a bit into the space allowed for picture on the single-layer disc. The Dolby Stereo mix is quite good, although it's likely many theaters it played in at the time weren't equipped for it (a reason I found back then that movies on a good system at home are better than some theaters.) I'd always expected this movie to have a lot of thunder effects, and it does not disappoint with these sounds coming from all directions. The music is a bit on the loud side compared to the dialogue, as adjusting the volume to properly hear what the actors was saying had the music blasting when it came on. 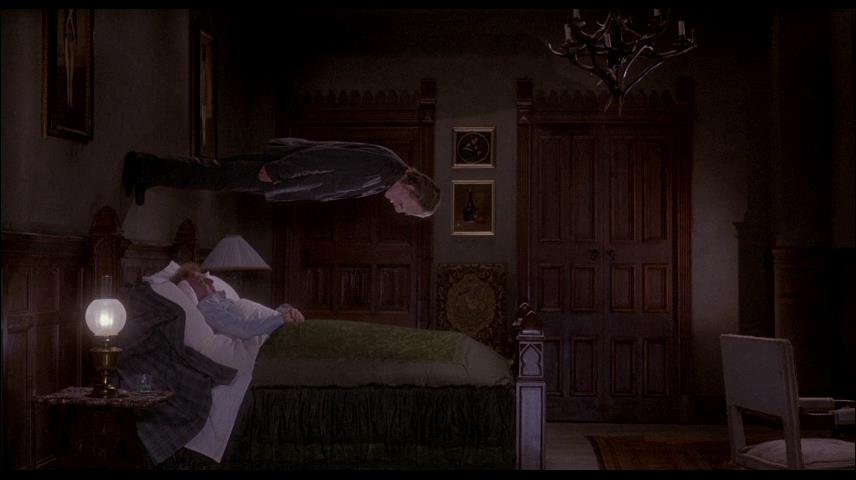 The movie's theatrical trailer in standard-definition is included, as are trailers for The Adventure of Sherlock Holmes' Smarter Brother and Life Stinks. 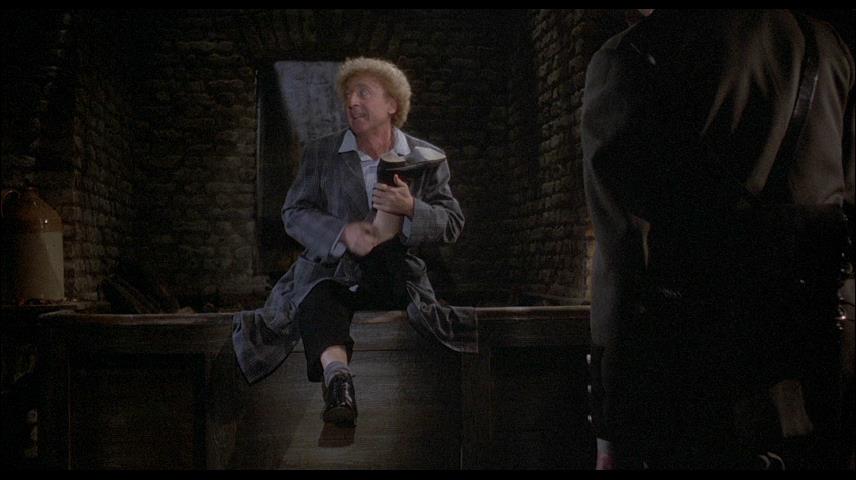 Haunted Honeymoon isn't an awful movie by any means, but it's not a very great one either. Its 82-minute running time suggests that a lot was left on the cutting room floor, but those bits might have also been even more so failed attempts at humor. I'll give it a Recommended for fans of the cast and it's certainly a worthy purchase for those who already like the movie, but for everyone else I'd say Rent It.