Joshua Then And Now 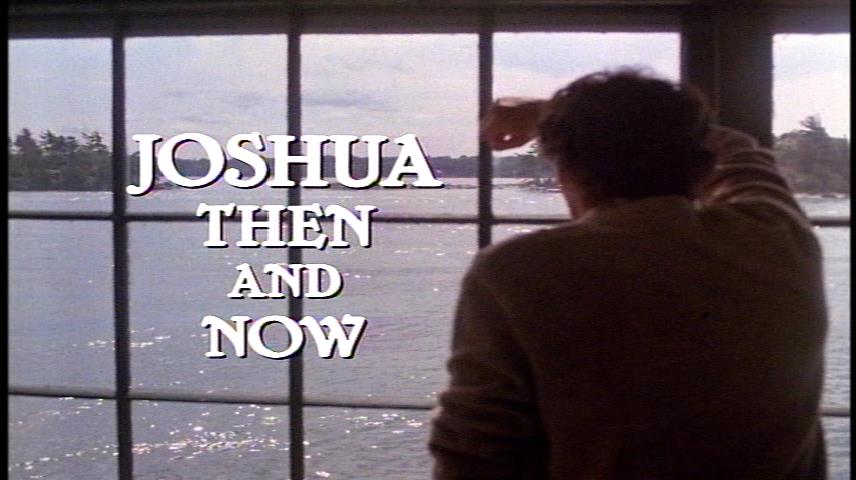 Another 20th Century Fox movie not seen since the studio's "Key Video" sub-label in the mid-80s now gets a DVD-R release from their Cinema Archives. Joshua Then and Now stars James Woods as the title character, a Jew from Canada who becomes a famous writer. As the film begins he's pondering how he "got from there to here" as his wife has been hospitalized in an undisclosed location, thus starting a narrated flashback that consumes about three quarters of the movie's running time. We get a look at his younger days in Montreal with father Reuben (Alan Arkin), a small-time con artist and former boxer. His mother Esther (Linda Sorensen) is an exotic dancer, and provides one of the movie's funniest moments as she performs a striptease act for Joshua's friends after his Bar Mitzvah.

Joshua becomes obsessed with the Spanish Civil War and begins writing about it, traveling to Europe for research where he meets his eventual wife Pauline (Gabrielle Lazure), who turns out to be the daughter of a Canadian senator. He successfully convinces her to leave her husband and marry him, moving back to Montreal, but then finds himself part of a family that he doesn't quite fit in with, including a brother-in-law (Michael Sarrazin) who gets into legal trouble which is part of what lands Pauline in the hospital.

Although this movie was certainly watchable, the story was a bit difficult to follow and left me with it feeling rather incomplete. This impression turned out to be true, as this American theatrical release that runs just under two hours was edited from a nearly four-hour miniseries made for Canadian television. (This movie certainly earns its R rating from language which might not have made it onto TV, although from what I've seen of the Canadian networks they have been far more permissive of that sort of thing than those in the US.) The classic question of "why should we care about these characters?" is certainly a fair one based on the movie, as aside from James Woods' engaging performance (along with that of Alan Arkin) there really doesn't seem to be much reason to, unless perhaps you've read the novel this story came from. It's established in the opening that Joshua has become a successful writer, but we don't see exactly how that came about- perhaps that was covered in the longer TV version, but that does not seem to have ever made it onto home video. 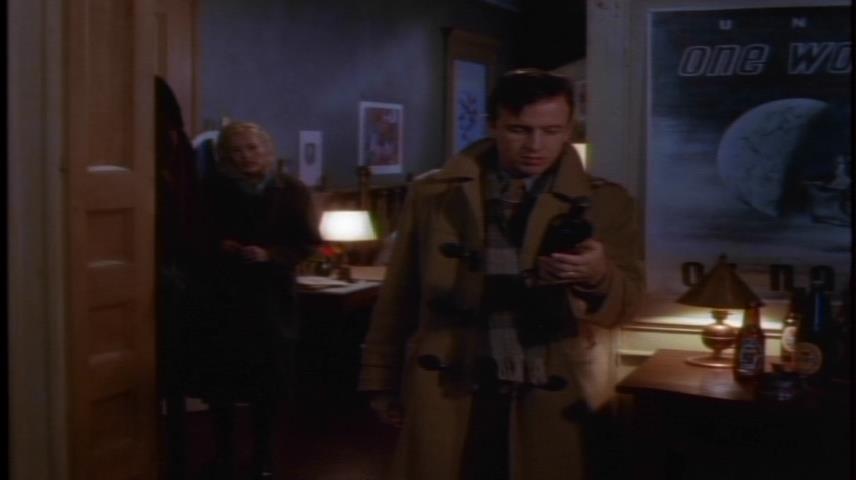 This DVD is in 4x3 format, and carries the dreaded "formatted to fit this screen" message (which is an automatic deal-breaker for me if I know about this beforehand). The transfer appears to be the same one used for the VHS tape released in 1986. While video transfers of that time usually looked quite adequate, one might expect a bit more from a DVD released in 2016. As far as the aspect ratio goes, the picture doesn't appear to be cropped in most shots and being made at least in part for TV it might have been composed with that in mind. The DVD shows just a hint of compression artifacts in some of the darker scenes; if you have this movie on VHS already and still have equipment to play it, this disc won't be much of an upgrade.

The mono audio mix is presented here in 2-channel Dolby Digital (remaining properly centered with Pro-Logic decoding), and like the picture is adequate at best. There is one early scene where dialogue sounds a bit distorted from the source material, but that was likely present in the original VHS tape as well and possibly even the theatrical film prints.

There are no subtitles or closed captions, even though they were present on the VHS tape.

The theatrical trailer is included, showing several scenes that weren't included in the movie but might have been in the TV miniseries version. 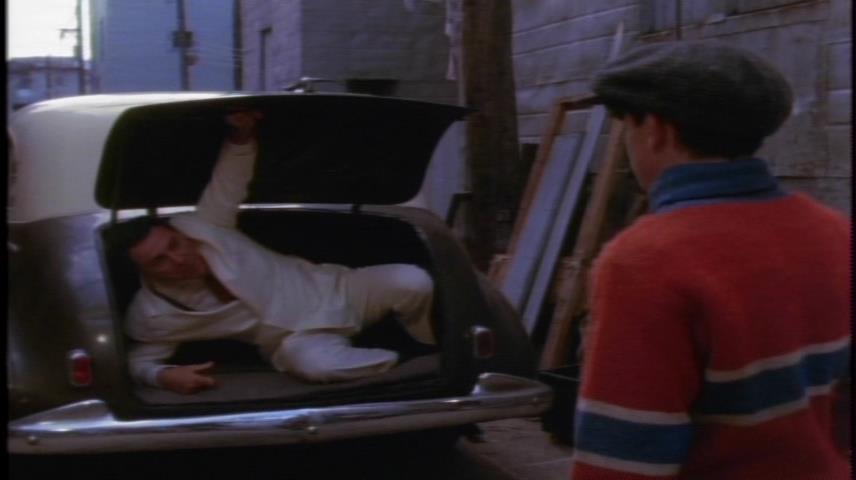 Joshua Then and Now seems to be an easy movie to like at first glance, but the story and characters just aren't fleshed out enough to carry the movie past its one-hour mark and the rest of its watchability hinges on James Woods and Alan Arkin's likeable screen presences. (I've enjoyed both of them enough so that I haven't really disliked any movie they've appeared in.) I'd certainly like to see the TV version now, if I could ever find it. This movie version still has its fans and is one of those titles that some will be happy to see back in print, but the less-than-stellar presentation on this disc doesn't give much reason to dump your VHS copy if you still have that.