In 10 Words or Less
It's not Grey's Anatomy, but it's worth watching. 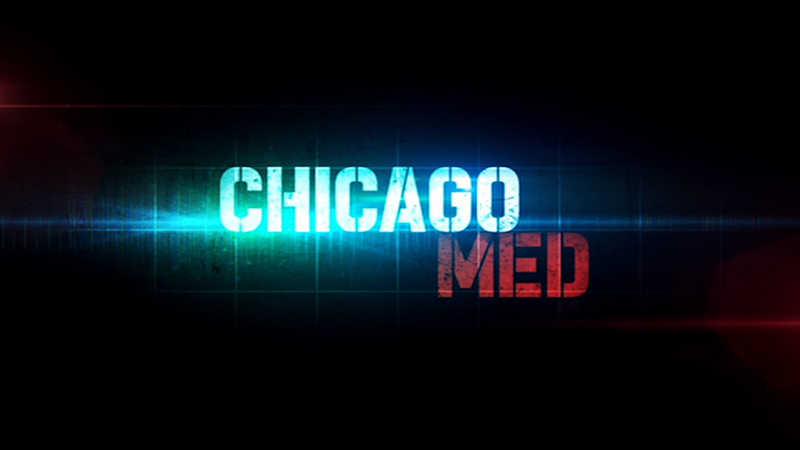 
The Show
First there was St. Elsewhere, then ER and my all-time favorite, Grey's Anatomy. Medical dramas have come and gone with few having the ability to capture the viewer and not let go. As a first season newbie to the medical community, Chicago Med has done a fantastic job of setting itself apart from the others. Over the eighteen episodes, we've witnessed life's up and downs, lefts and rights, and every in between for the fearless and compassionate doctors and nurses of the Gaffney Chicago Medical Center. Each member of the staff shows heart, dedication--and sometimes ignorance--when trying to one-up another.

As a new series, Chicago Med definitely has some big shoes to fill. As the sister series of Chicago Fire and Chicago P.D. we are given an up-close and personal view of what takes place each and every day throughout the halls of Gaffney Chicago Medical Center. I applaud the writers for being able to capture the viewer's attention and make an engrossing series.

As with most televisions shows like this, there can be a feeling like if you've watched one medical drama, you've basically watched them all. For Chicago Med, there's something special that sets it apart from the rest of the pack. No doubt there are a fair share of traumas and tragedies, but it's the personal backstories that hit the viewer and hold on for the long run.

Dr. Will Halstead (Nick Gehlfuss) is the resident heartthrob of the ER and, from the get-go, a character to watch. Dr. Halstead finds himself in numerous dilemmas that question whether or not he's really meant to be a doctor. His friendship with follow ER resident Dr. Natalie Manning (Torrey DeVitto) is what keeps him fighting for his place amongst his peers, as his feelings for her progress throughout the season.

Dr. Manning is no stranger to personal tragedy. With a strong will and dedication to her profession, she makes the best of what she has on a daily basis. This season brings both tremendous tragedy and joy for Dr. Manning and, honestly, how she keeps it together is nothing short of a miracle. 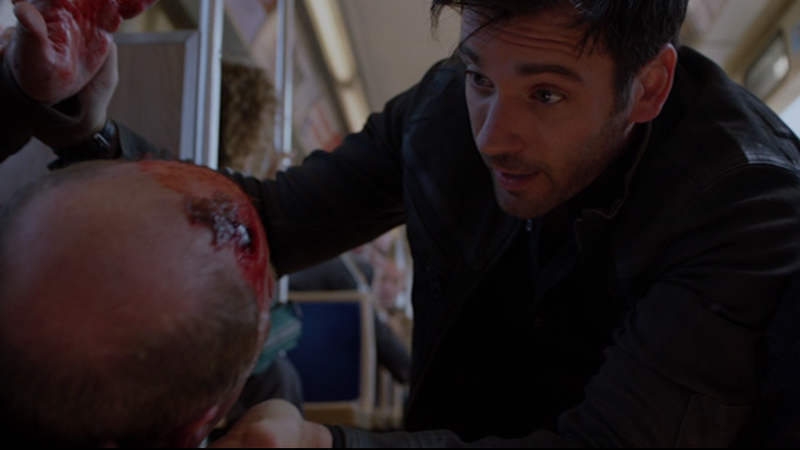 I was thrilled to see S. Epatha Merkerson in the role of Sharon Goodwin. Merkerson is no stranger to playing a role of leadership and as the hospital's Chief of Services, her poise and steadfastness is what bring cohesiveness to the department. She can be both friend and boss when the situation calls for it.

Another familiar face amongst the cast is veteran Oliver Platt as Dr. Daniel Charles, chief of the psychiatry department. This season will be a trying one for Dr. Charles as he fights his own personal demons while keeping things together and lending an always welcoming and comforting hand to his colleagues.

Much like another personal favorite, House, each episode has its "cases of the week", along with all the interpersonal storylines that involve the members of staff. It's definitely a character-driven show, unlike so many of the serial dramas on TV, but right in line with Dick Wolf's other series, making it likely if you're a fan of the rest, you'll enjoy Chicago Med. 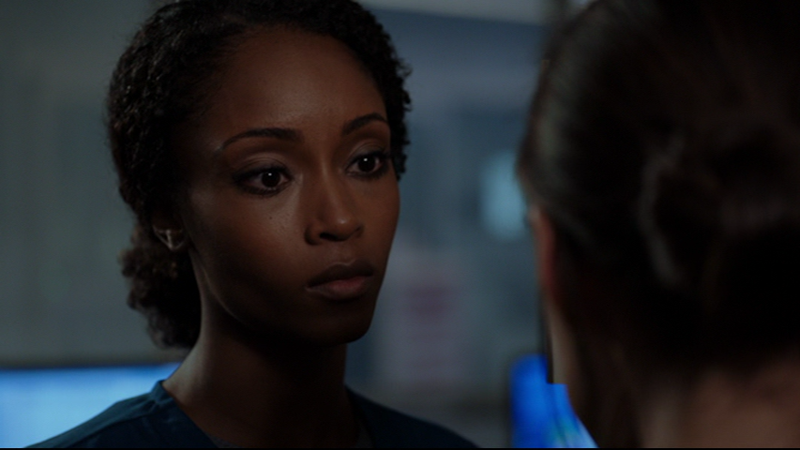 The DVDs
Shipped in an embossed, spot UV-coated slipcase, the 18 episodes in this collection arrive on 5 DVDs in a clear, standard-width keepcase (with a pair of dual-hubbed trays), with an episode guide on the inside of the cover. The discs feature animated, anamorphic-widescreen menus with options to play all the episodes, select a show, adjust the setup and check out bonus features. Audio options include English, Spanish and Portuguese Dolby Digital 5.1 tracks, while subtitles are available in English SDH, Spanish and Portuguese.

The Quality
The visual representation of each anamorphic-widescreen episode is crisp, vibrant and full of bold colors. Lighting and detail are both impressive, even when the show is moving quickly. The images moves cleanly and there are no imperfections.

The Dolby Digital 5.1 tracks on this set do a fine job of reproducing the show as it sounded during its time on television. Front speakers catch dialogue, while the surround-sound speakers pick up background noise, special effects and background music. If you're not listening to this in surround sound, you're definitely missing you on the amazing experience it offers.

The Extras
There are no additional special features that are really about Chicago Med included in this set. With the series, there are two crossover episodes from Chicago Fire and Chicago P.D. I wouldn't call them extras or special features for this show though, as the screen time for Chicago Med characters is minimal. 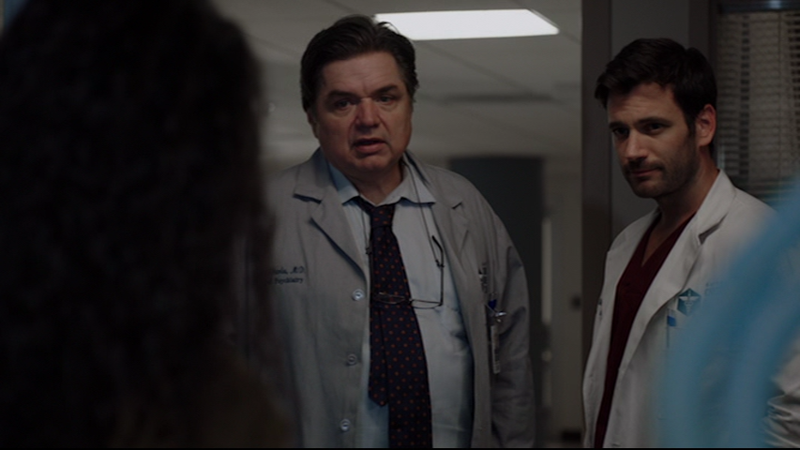 The Bottom Line
Like any soap opera, it's the storyline that can make or break a series like Chicago Med. With most dramatic series, storylines are rooted in tragedy and capture the viewer with a pull of the heartstrings. For this series, I was happy to see that a variety of situations--some happy, some sad, some making you cheer, while others make you stop and think--were presented throughout the season. I have high hopes for Chicago Med and hope it can stand strong amongst the leaders in medical dramas. This set looks and sounds great, though there's not much in terms of extras for fans to check out.