Final Combination, from 1993, is yet another movie with an alternate title behind it, never receiving a theatrical release in the US and released to VHS under the title Dead Connection (the title on this disc appears to be the original). With a front cover picture showing a headline that reads "Phone Sex Killer Strikes Again," it looks like the sort of movie you'd see on late-night cable in the 1990s and possibly good for a laugh. Across several states, young women are being found dead in motels, killed and raped in that order. The perpetrator also runs up a huge phone bill each time from calling a phone sex line- "The 69 Line" at 555-6969 (ha! And don't try calling that, kids, as phone numbers beginning with 555 only exist in the movies and other fictional worlds.) After this happens in Los Angeles (since that's the easiest place to shoot a movie) to two girls, one placed by Parker Posey, Detective Matt Dixon (Michael Madsen) tries to get to the bottom of it. 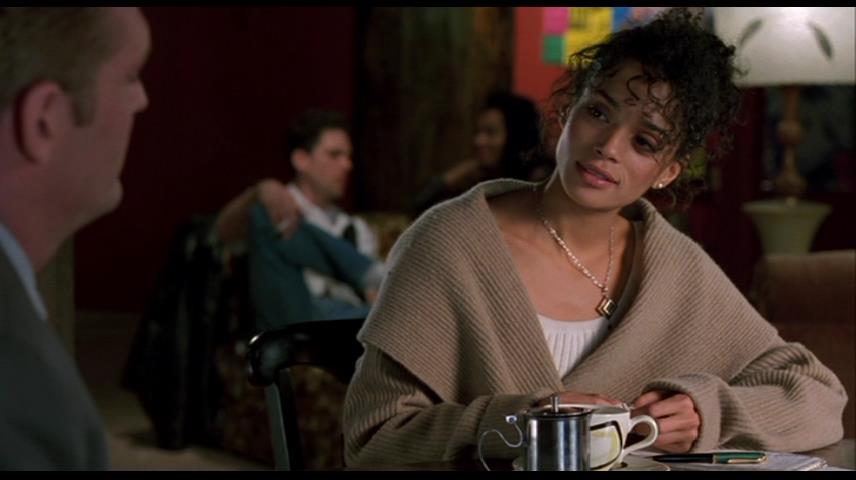 The killer's identity isn't a mystery to the audience, as he's shown early on- he's played by British boxer Gary Stretch, and conveniently this works into the storyline as his character is also a boxer, and a big clue he leaves when checking into the motels where he commits his crimes is using the real names of professional boxers- such as Walker Smith, AKA Sugar Ray Robinson. While Dixon is on the case, he runs into reporter Catherine Briggs (The Cosby Show's Lisa Bonet, misspelled as "Lisa Bonnet" on the disc's back cover). She's writing an article on the same killings being investigated (though it's never explained exactly which sort of publication it's for) and hoping that they can share some information with each other. Briggs doesn't really end up doing much in this movie however, in fact she disappears for quite a bit of time in the middle and you almost forget about her before she reappears.

Sad to say that despite this movie's premise that has potential for being a piece of so-bad-it's-good 90s cheese, overall it's quite dull. The whole phone-sex thing isn't as prominent in the story as it could have been, and the movie is mostly a lot of talk with very little action. It's easy to see why this bypassed a theatrical run as I doubt many would have wasted a trip to the theater on it, instead picking it up at Blockbuster when all the new releases were rented out or passing by it on cable during a night of insomnia. (I fell asleep immediately after it ended. Less dedicated viewers will likely nod off much sooner.) Had it been issued on DVD earlier it might have been decent fodder for the $5 Wal-Mart dump bin, but being a burn-on-demand disc available mainly through mail order only those who actually liked this movie upon its release or dedicated fans of Lisa Bonet will likely end up owning it. The only really notable attribute of Final Combination is a brief sex scene between Madsen and Bonet's characters that only seems to have been done for the sake of having a sex scene at all, and Lisa Bonet appears to not be using a stand-in in at least one shot. Even that isn't enough to make this worth seeking out, and she'd already turned more heads doing that in Angel Heart besides. The potential for the bad guy to really make a mess of things after he gets ahold of Briggs' badge is wasted, as the most fun he ends up having with it is convincing a parking-lot attendant to let him use a car of his choice. By this point you likely will have stopped caring what happens anyways. Despite being directed by music video director Nigel Dick, Final Combination isn't even visually interesting either. It has the look of a bad TV production of that period (aside from the wider aspect ratio) and I noticed two occurrences of one of my favorite movie mistakes, where the boom mike is reflected in the background (in one shot you can even see the guy holding it.) Interestingly (if you care to read the end credits) Dick had a hand in writing most of the songs featured in the movie, but none of those are memorable either. 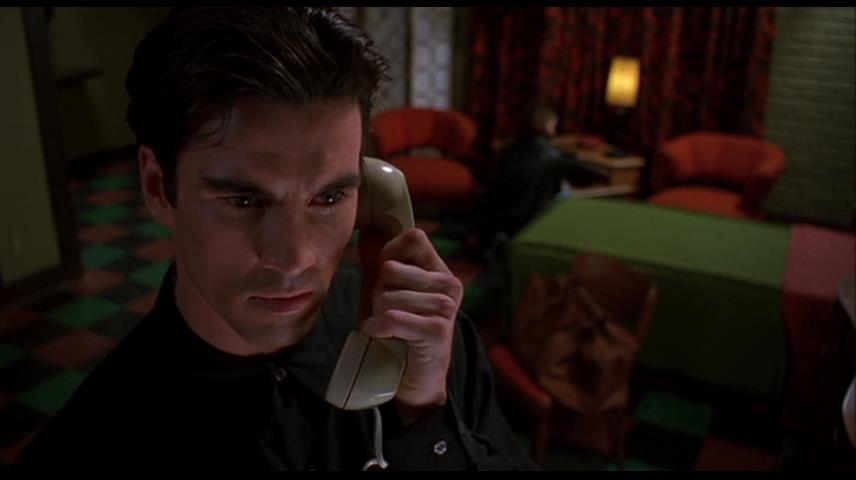 MGM's "Limited Edition Collection" DVD-R provides a reasonably good-looking widescreen transfer in the proper 1.85 ratio, slight compression artifacts visible in a few dark scenes but not bad for standard DVD overall. Having been available only on VHS tape prior to this, it should be pleasing to anyone who did like this movie even if it's not a Blu-Ray.

Mixed in Ultra-Stereo, the poor man's Dolby Stereo (it was mainly used on B-movies from the mid-1980s through 1990s, until digital sound on film prints became prominent), the quality is reasonably good with clear dialogue, and music and some directional sound effects in the front channels- the rears don't seem to be used much if at all. By the time this came out, a truly bad-sounding movie was a rare thing, even amongst the B-titles. 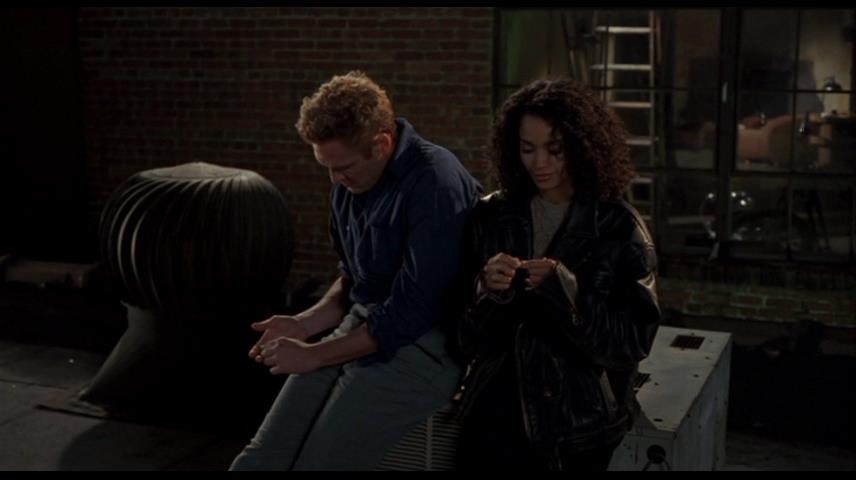 Final Combination is a quite forgettable affair overall, with an interesting premise that ends up not delivering on its potential for either a genuine thrill or a cheap laugh. If you already like this movie then this disc is likely the best it will ever look, but unless you're a dedicated fan of Lisa Bonet I can't really give any reason to bother with this one.