Heart of a Dog: Criterion Collection 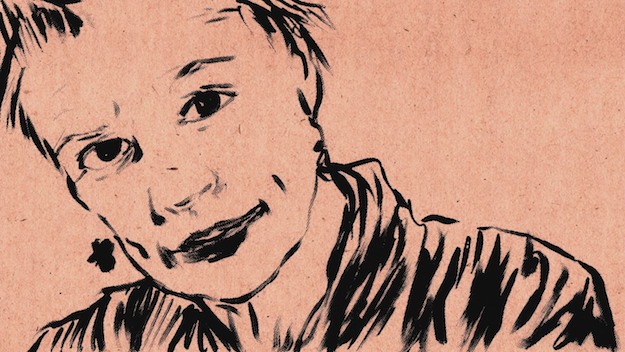 Laurie Anderson's Heart of a Dog is an intimate movie, a fragmented movie, a diaphanous movie. It doesn't lend itself to an easy synopsis or pat characterization. It's somewhat a personal essay about processing grief, but it's also an exploration of the ways storytelling can be used to process daily life. The movie hopscotches from recollections of Anderson's mother on her deathbed, to a mini-essay on the influx of surveillance in New York City after September 11, 2001, to flashbacks of serious childhood injuries, to keyboard "performances" by Anderson's blind and dying old dog, Lolabelle. Visually, it's a layered mixture of home movies, reenactments, animation, Godardian onscreen text, and various organic textures like rain and snow. Sonically, the film is held together by Anderson's half-ambient/half-lush musical score and the measured cadence of her speaking voice as she delivers her monologues.

Anderson shrugs off the label of a "multimedia artist" in the Heart of a Dog Blu-ray bonus features, but for viewers accustomed to viewing movies that are just one thing, "multimedia" isn't such a bad approximation of what to expect. Anderson creates visual and aural collages that sometimes compliment and sometimes offset each other. Despite the inclusion of numerous narrative monologues, at the end of its brief 75 minutes, Heart of a Dog feels more like an experience, rather than a story. There are too many holes, too many things left unsaid, to make it wholly satisfying as a story; as an experience, it's transportive and poignant.

There are many ghosts that haunt Heart of a Dog: Lolabelle, the beloved titular rat terrier; architectural avant-gardist Gordon Matta-Clark, who died young as he and Anderson were coming up in the New York art scene; Anderson's mother, whom Anderson bluntly admits she didn't love; and, most spectrally, Anderson's late husband Lou Reed. Reed is never mentioned by name within Anderson's ruminations on loss, only implied through certain uses of "we," or shown at the edge of a fish-eyed frame, burying his feet in a sandy beach, or finally heard performing, as Reed's exquisitely melancholy and romantic "Turning Time Around" is used as end credits music. Anderson mentions her aversion to putting focus on the mourner rather than on the person (or animal) who died, so it seems possible that she holds back on including more of her relationship with Reed to avoid characterization of the film as merely an inventory of all the times that she felt loss.

The discursive nature of Heart of a Dog means that some passages are less compelling than others, but Anderson is such an appealingly evocative storyteller in general that the film never becomes a chore. 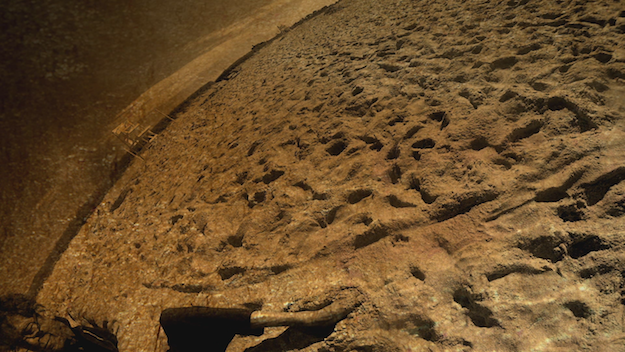 The Blu-ray
Heart of a Dog is packaged with a fold-out booklet featuring an essay by Glenn Kenny and a snazzy mini art book.

The Video:
The film is cobbled together from various digital sources, including a DSLR camera and an iPhone, as well as 8mm home movie footage, so the AVC-encoded 1080p 1.78:1 transfer has its built-in inconsistencies in terms of compression, noise, and banding, but the healthy bitrate ensures that these source issues are not compounded unnecessarily.

The Audio:
The film is offered in two different DTS-HD MA 5.1 surround audio mixes, the theatrical version and a "no-music" version focused upon Anderson's narration (it's actually missing most of the sound effects as well). While the no music version offers an interesting alternative, the theatrical mix is preferable by far. The hypnotic power of Anderson's music should not be underestimated when assessing the power of this film. The mix is suitably immersive, with a strong, full-range response, but it never overwhelms the narration that it supports. The disc offers English subtitles.

(HD, 41:10) - Laurie Anderson talks with co-producer (and noted film programmer) Jake Perlin about various projects she has created and led over the years, and how they informed what she did on Heart of a Dog. Anderson, unsurprisingly, is a great talker, and this is an energetic, illuminating compliment to the film.

Final Thoughts:
Heart of a Dog is an often transfixing meditation on life, love, and death from the intensely idiosyncratic and wildly creative Laurie Anderson. Recommended. 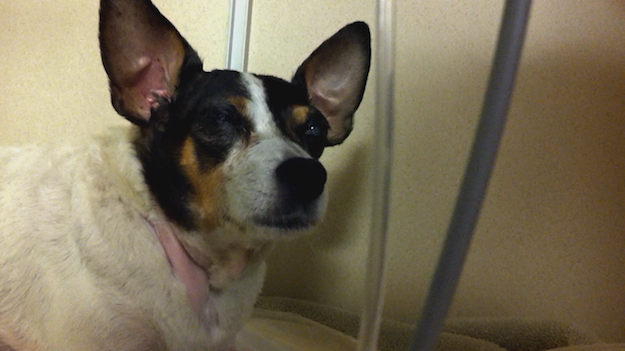