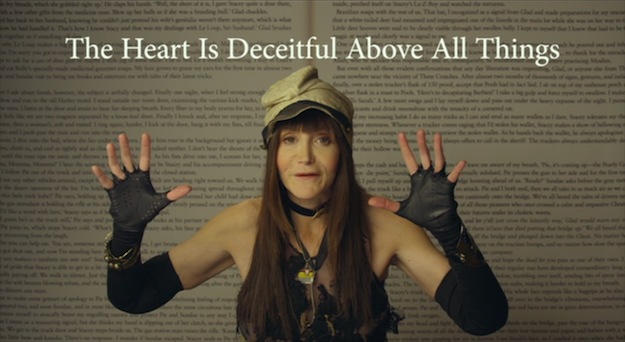 JT LeRoy has been dubbed the greatest literary hoax of our time -- by a handful of writers who arguably had no reason to enjoy JT's work in the first place. Yes, the stories and novels of HIV-positive, teenage male prostitute Jeremiah "Terminator" LeRoy were actually the writings of a woman in her thirties, named Laura Albert. And yes, Laura enlisted her androgynous sister-in-law Savannah Knoop to "play" JT when it became apparent that this mythical bestselling author needed a public face. But, as Laura tells it in the new documentary Author: The JT LeRoy Story, by Jeff Feuerzeig (The Devil and Daniel Johnston), the success and the celebrity were never the intended goal -- and she always made certain that JT's work was categorized as fiction, not a memoir.

Director Feuerzeig mostly lets Laura guide the story that the film retells, and he refrains from contradicting her, even when her recollections seems potentially unreliable. In the early '90s, Laura began calling various teen crisis hotlines -- not as herself, but as a series of different teenage boys that she says live within her. Terminator became one of the strongest and longest-lasting of these personalities. Terminator began consulting with a therapist over the phone, who suggested that this boy write about his experiences. Laura, as Terminator, began contacting authors whose transgressive eroticism "he" could relate to, like Dennis Cooper and Bruce Benderson, in hope of being mentored. These writers were blown away by Terminator's work and indeed helped him get a foothold in the publishing world.

From there, Laura boards a bullet train to fame and infamy. Rechristened "JT LeRoy," with help from the book publisher, Terminator's gritty first book becomes a hip literary sensation. Hounded to make a public appearance, Laura convinces her sister-in-law Savannah to appear as JT, while Laura would stand watch as JT's British manager, "Speedie." (Laura's husband, Geoff, also played a role as Speedie's partner, "Astor.") Together, Laura and Savannah create the public entity of JT, who begins rubbing elbows with rock stars, actors, and other celebrities. Bono from U2 gives JT a shout-out in a Rolling Stone interview, Gus Van Sant and Asia Argento want to make movies of his books, and fashion magazines start tapping him for photo spreads.

During this whole journey, Laura seemingly audio-taped all of her phone conversations. Throughout the film we hear snippets of her talking on the phone -- as Terminator, JT, Speedie, and occasionally even herself -- with therapists, mentors, high profile fans like Tom Waits, and the small circle of famous people she believed she could trust with the truth, like Billy Corgan and Deadwood creator David Milch. This past September, the New York Times published a piece about how many of the people on the tapes are angry that they were included in the documentary without being informed. It's worth arguing that only Courtney Love, who does drugs during her featured phone call and blatantly tries to leech off of Laura's infamy, comes off particularly bad in these tapes. Yet Love wasn't one of the folks complaining.

One gets the impression, from the film and the polarized reactions to it (compare this wildly laudatory piece from Roger Ebert's website to this sniffy reaction from the Times), that many people are still angry at Laura for getting away with something. For conning people. As an outsider, it's impossible to look at this situation and think of it as a cut-and-dry fraud case, because Laura wasn't initially in this for money: she just wanted a kind of sanity. On the other hand, she isn't without sin. As their story unfolds, Laura, Savannah, and Geoff clearly become intoxicated with the media attention, which hinders their already questionable judgment. When writers start poking around, hoping to expose the lie of JT LeRoy, Laura doubles down and has her new celebrity posse affirm JT as a real individual.

The underlying point of Feuerzeig's film is that, whatever the facts, JT was a real individual to Laura Albert. Feuerzeig interjects vignettes from Laura's traumatic pre-JT life throughout Author, to insinuate how her behavior during this time was a coping mechanism, in response to the emotional and mental damage she had experienced. Laura may not be an HIV-positive boy prostitute, but she's been through some harrowing experiences. Unfortunately, Feuerzeig is a little too authorly himself, in the way he reveals these details. He withholds certain morsels of information for dramatic effect, but the payoff feels a little cheap honestly. He could have reasonably incorporated some of this information, especially the big reveal at the end, sooner in his story.

Despite the self-consciousness of its structure, Author is a vivid, illuminating, and entertaining film. Much like Feuerzeig's Daniel Johnston portrait, it ponders a Venn diagram with naive artistic brilliance on one side and mental illness and trauma on the other. Neither film offers simple answers, but they are both oddly life-affirming, in their own bleak ways. 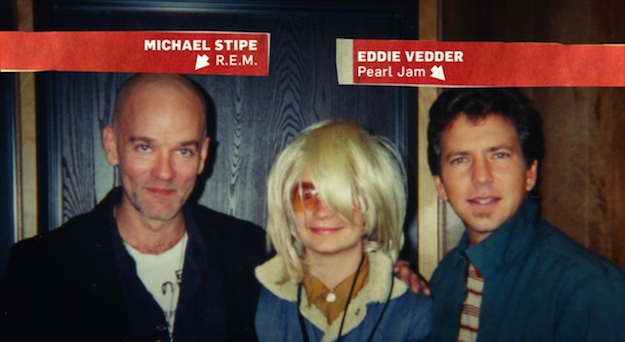 The Video:
This widescreen 1.85:1 presentation is quite good, with saturated colors, strong depth and contrast, and a decent amount of detail for SD. There are some sporadic compression artifacts and instances of digital noise, but none of it is terribly distracting.

The Audio:
The soundtrack comes in a Dolby 5.1 surround mix that is clean and nicely propulsive. Some of the phone calls are a bit too garbly to fully understand, but the disc offers three subtitle options: English, English SDH, and Spanish.

Special Features:
Absolutely nothing. No commentary. Not even a trailer. If you're hungry for more info on this story (and you very well might be), I would check out Marc Maron's interviews with director Jeff Feuerzeig and Laura Albert on his podcast, WTF.

Final Thoughts:
Author is a slick but empathetic reconstruction of a literary scandal that grew out of one woman's need to express her deep emotional pain. There is clearly much more to the story of Laura Albert and her alter-ego, JT Leroy, which makes the lack of any bonus features on the DVD a real drag. Despite this less-than-deluxe treatment, the movie itself comes Highly Recommended. 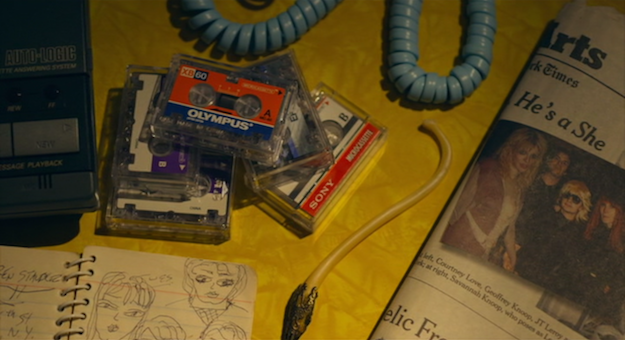