Tubes - Live At German Television: The Musikladen Concert 1981, The 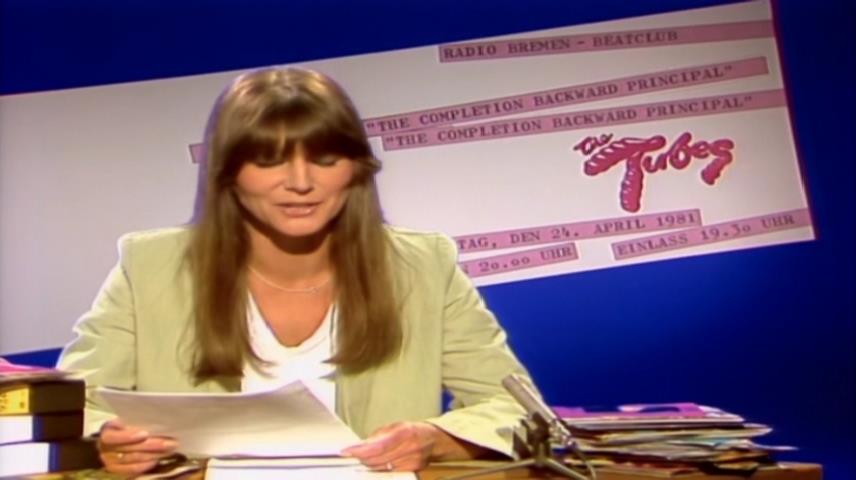 Unconventional rock band The Tubes was one of my favorites on early 1980s radio when first seriously discovering music, with their appealing keyboard and guitar melodies combined with often insane lyrics. Not having access to MTV I didn't really know much about their visual or stage persona until much later, when I acquired "The Tubes Video" on the obsolete CED videodisc format. This was an early attempt at a "video album" version of their 1981 "Completion Backward Principle" LP, with off-the-wall production numbers choreographed by future "High School Musical" director Kenny Ortega. In Germany, one of many countries that brought more daring music presentations to broadcast TV than the US (as well as having looser content restrictions), the band performed a 90-minute concert for the Musikladen series that has now found its way onto DVD. Several other Musikladen performances by other artists have been released on DVD since the format's inception but few have been on the scale of this one. 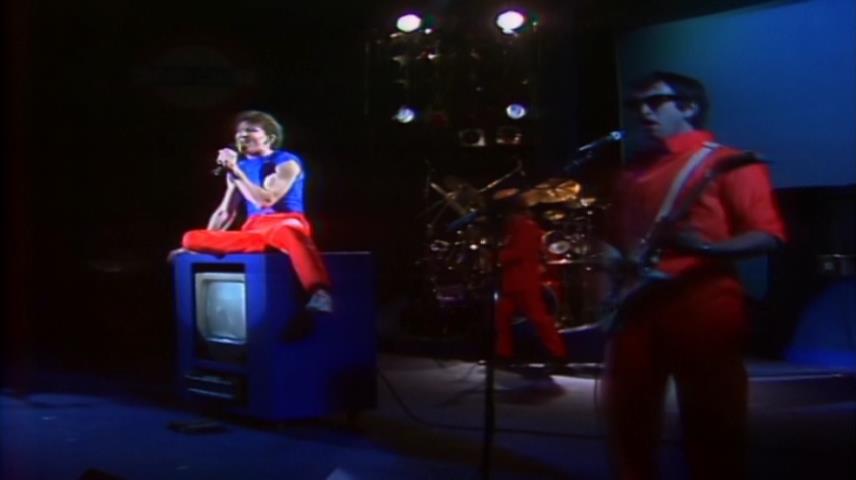 Performed for a seated audience on the show's main stage, the band starts out with a somewhat low-key performance but ups the ante with each song until by the time they perform "Sports Fans," lead singer Fee Waybill undergoes several costume changes, a gang of cheerleaders runs onto the stage and backdrops appear. Although many of the songs lack the production afforded by their studio recorded versions as heard in "The Tubes Video", the purity of the band performing live easily offsets that. Even with the escalating theatrics onstage (peaking as Waybill is tied up while singing "Mondo Bondage"), the quality of the music is never compromised and the 90-minute set breezes by rather quickly leaving you wanting more by the end. The show is introduced in German (with no English translation of any kind) but the band's performance including between-song banter is entirely in English. Having visited Germany in the early 1990s (spending much of the time record shopping and also listening to a lot of radio) I found it interesting how the people there primarily spoke German while listening to many songs that were sung in English. (Conversely only a handful of German-language songs have been heard any significant number of times on American radio.) Unfortunately there are very few shots of the studio audience in this show so it's hard to know their reaction here, but I was easily bopping on the couch and watching this easily brightened up what had been a rather drab day for me beforehand. 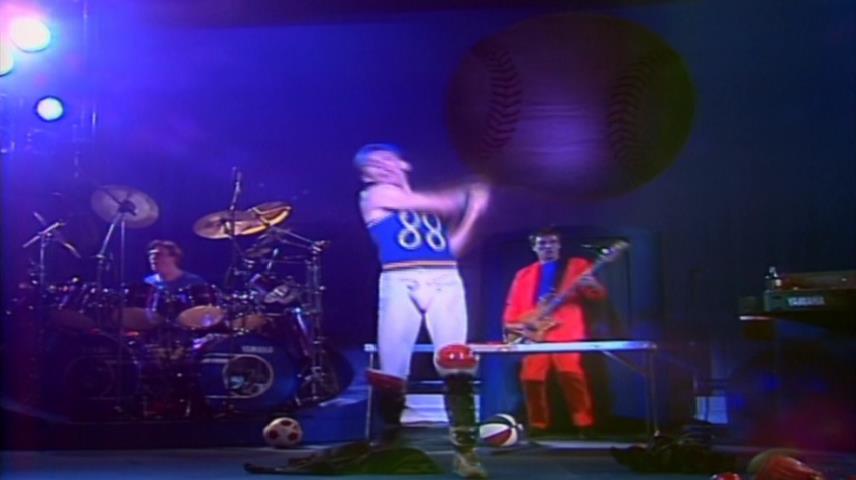 Shot in PAL-standard video despite being noted as "filmed" on the cover, the DVD converts it to NTSC (don't let the German logos and verbage on the cover scare you Americans, this disc will play on any US player) and at least the first half of the show looks very clean. There are a bit of tube camera streaks but I was most amazed at how clean the reds were, which is traditionally the hardest color to reproduce on analog video. DVD compression artifacts were few and far between also despite the mostly dark stage. After a brief intermission however the show's second half appears to have been taken from a master in slightly worse shape, with a bit of black static along the edges but still not looking terrible. 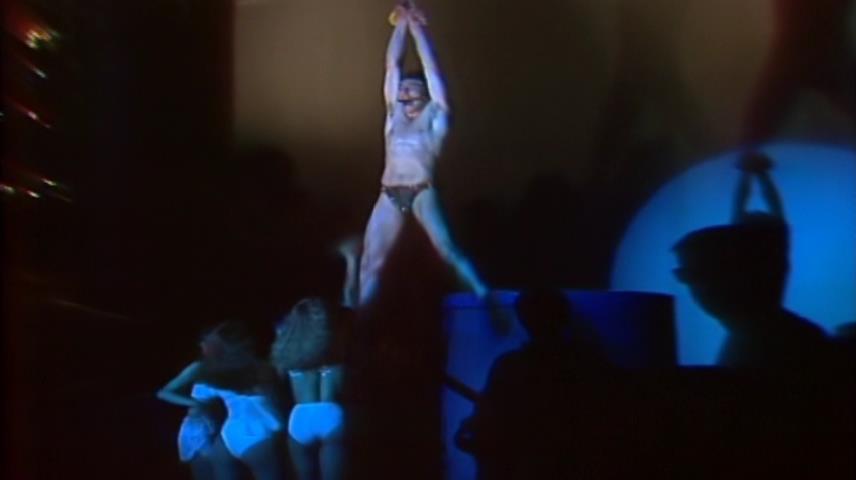 Being in mono the sound is a bit of a let-down, but one has to keep in mind that broadcast TV audio was mono in 1981. Encoded in 2-channel Dolby Digital (not PCM as stated on the cover), the sound nevertheless captures the TV performance and likely still sounds better than most TV speakers of the time. As a number of the earlier Musikladen DVDs were in fake 5.1, essentially running the mono sound to every channel, I definitely preferred the untouched mono track in this case. (But to ask what do I want from life, one thing would be to hear the Tubes in multi-channel, something that came so close in the later 90s when Pioneer reissued "The Tubes Video" on laserdisc with 5.1 AC-3 audio, but after finally tracking down that disc I was hugely disappointed to find that it was not a true multi-channel remix but rather an unnecessary Pro-Logic-like "upmix" like those that would become common on later music DVDs.) 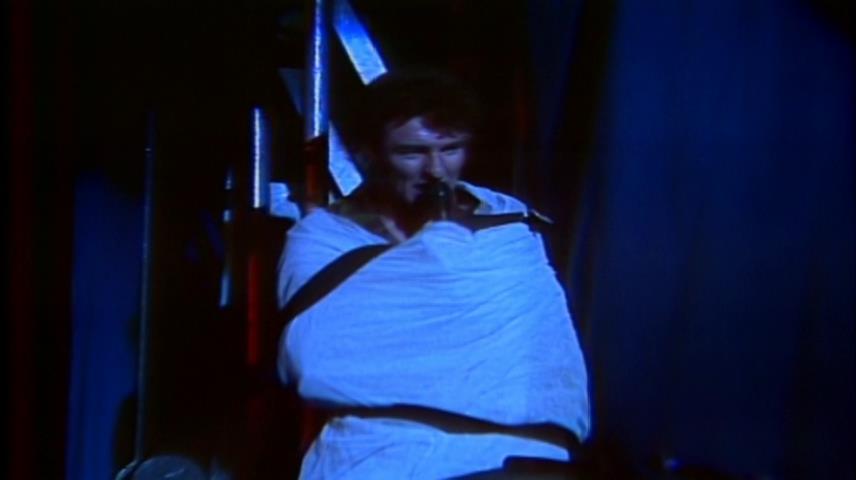 This DVD is a must-have for any fan of The Tubes, with its nearly archival picture quality and memorable performance of the band which hasn't had much other material on home video before, but more casual viewers may find the mono sound and general age of this show a bit hard to swallow.