IT Crowd: The Internet Is Coming, The 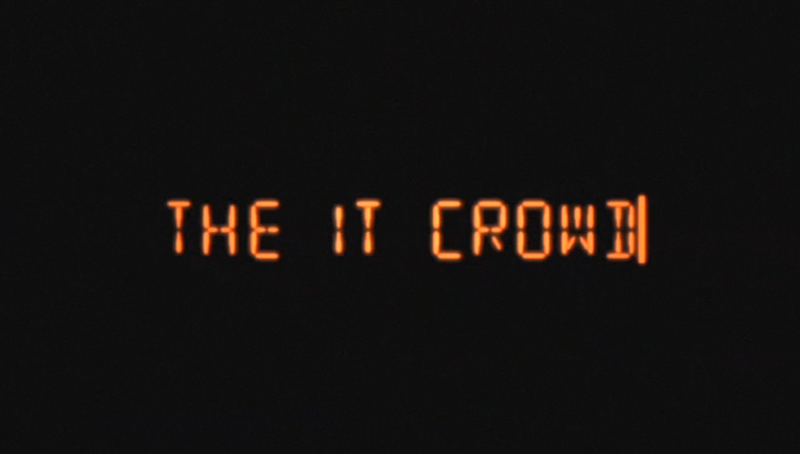 
The Story So Far...
Written and directed by Graham Linehan (Black Books) and produced by Ash Atalla (The Office), The IT Crowd was a British sitcom set at the help desk of a massive corporation (which oddly requires only a pair of analysts to service.) Roy (Chris O'Dowd) and Moss (Richard Ayoade) are socially-inept guys working in the basement peacefully and grudgingly helping the technologically inept, until a new boss is hired. Jen (Katherine Parkinson) knows nothing about computers, and the guys have no interest in being managed. Their shared misadventures in and out of the office were told in four six-episode seasons on British television. The show was released in four season sets, as well as a complete collection, of which DVDTalk has a review.

Oh yeah, it's got awesome opening titles with a killer theme song too.

The Show
The best and worst thing about British sitcoms are the extremely short length of their seasons. While six-episode seasons allow creators to maintain complete control over their shows and lessen the risk of getting awful episodes, when you have a great series, you just want more. So after The IT Crowd left the air in 2010, with just 24 episodes over four seasons, it was sorely missed. Thus, when a special, a legitimate series finale, was announced a few years later, anticipation was expectedly high.

Such expectations were probably misplaced. A classic workplace sitcom, The IT Crowd, was certainly not narrative driven, so there weren't plot points left unresolved, and the show had no problem exploring what it could do with the characters over four seasons, putting Roy and Moss in a rather wide variety of situations, including a bank robbery and an underground world of game-show contestants. So in returning to the characters, this new finale travels some familiar paths, as Roy, Moss and Jen suffer through a series of misadventures of their own creation. 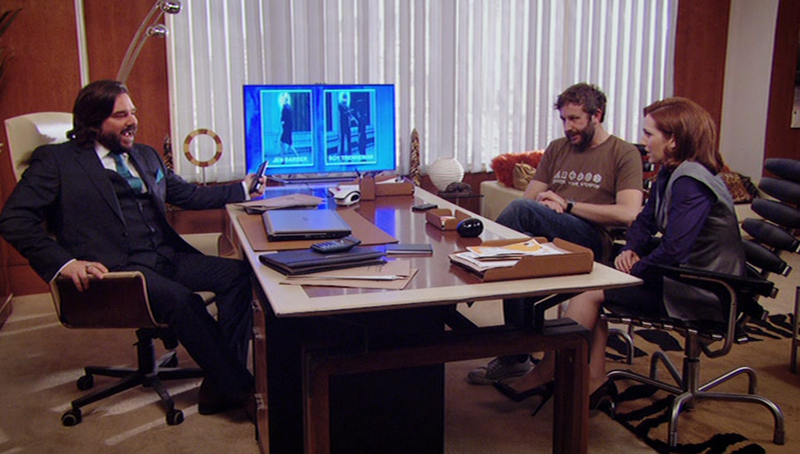 The core of the episode features Jen and Roy and their sudden Internet infamy, as a viral video shows Jen throwing coffee on a homeless woman and Roy insulting a little person, leading the man to be hit by a car with breasts. The world turns against them and things just continue to get worse. Meanwhile, the company's maniac of an owner, Douglas (Matt Berry), who's been helping Moss with confidence problems, has to do damage control for his employees. The snowballing fiasco gives way to some meta observations on the series and an attempt to put a cap on the whole affair.

Though Jen and Roy's battles with online criticism is the backbone of the episode, the show also offers a few nods to the show's past to satisfy loyal fans, including the welcome return of Noel Fielding's gothic server admin Richmond. However, keeping with the show's tone, there's not much in terms of sentimentality in this send-off, instead focusing on packing in as many gags as possible, including unleashing Berry's insane (and hilarious) executive to excellent effect. The result isn't the best episode of the show, but after several years, new The IT Crowd is better than no The IT Crowd. 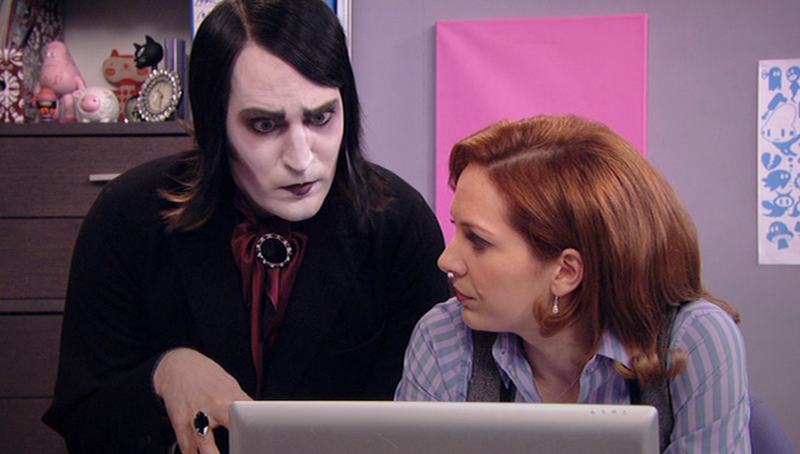 The DVD
A one-disc release, this special is packaged in a clear, standard-width keepcase with a cover inspired by the series' opening titles. The DVD features a game-show themed menu, with options to watch the show and check out the extras. There are no audio options, but subtitles are available in English.

The Quality
The episode, presented in anamorphic widescreen, looks as great as a multi camera studio sitcom can look in the modern era, with appropriately saturated color and a good level of fine detail (for standard definition.) Compared to the previous releases, this one looks a touch better, with improved contrast and solid black levels, even if it's still a touch soft in spots. There are no notable problems with digital distractions.

Surprisingly, the audio is still being delivered in a Dolby Digital 2.0 track. Admittedly, the show doesn't feature a lot of aural acrobatics, with dialogue being the show's key sound element, but that doesn't mean a more robust mix for the music and effects wouldn't have been appreciated. The simple presentation feels a bit dated at this point.

The Extras
As he has on previous sets, creator Graham Linehan provides an excellent commentary track for the episode, joined by Joe Cornish collaborator Adam Buxton (who appeared on the show's first season.) They chat about the origins of the show's story points, how the episode came together and an assortment of topics and trivia related to Linehan and television, including his Twitter adventures, series finales, Dan Harmon's writing theories, the artificiality of studio sitcoms and the "secret BAFTAs." Linehan's a thoughtful commentator, and offers interesting opinions and observations of a lot of topics that the show's fans should enjoy hearing.

Also included is "The IT Crowd: Random Access Memories", a 16:21 retrospective featurette that offers an overview of the series, including its development, through clips and interviews with Linehan, Ayoade, O'Dowd, Parkinson, Berry and Fielding. The conversation is quite interesting to listen to, though if you've checked out the previous DVDs' bonus content, you're likely to already know a bit of what's discussed. 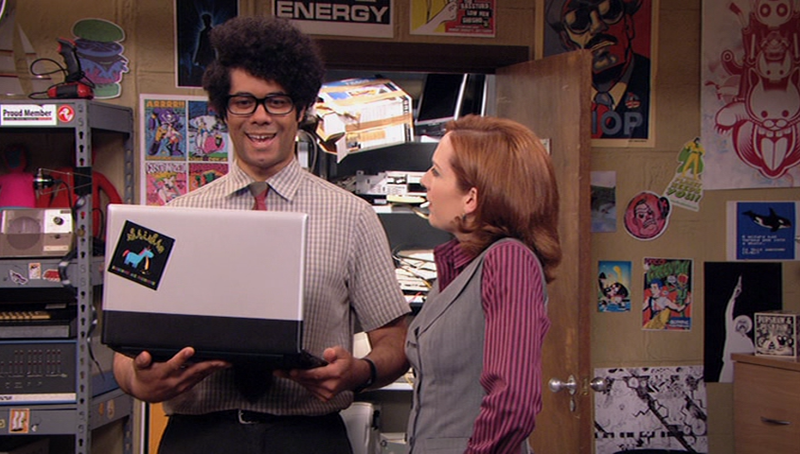 The Bottom Line
Ending a popular series is never easy, and more often than not, it's going to leave a good amount of the audience disappointed. That's kind of the case here in this overstuffed episode that shares a lot in common with the finale of Seinfeld. It has its moments that remind you why the show earned its fanbase, but it's often just going through the motions in revisiting the series' beloved characters. Even so, it's nice to get another chance to see Roy and Moss again, and the extras are a welcome addition