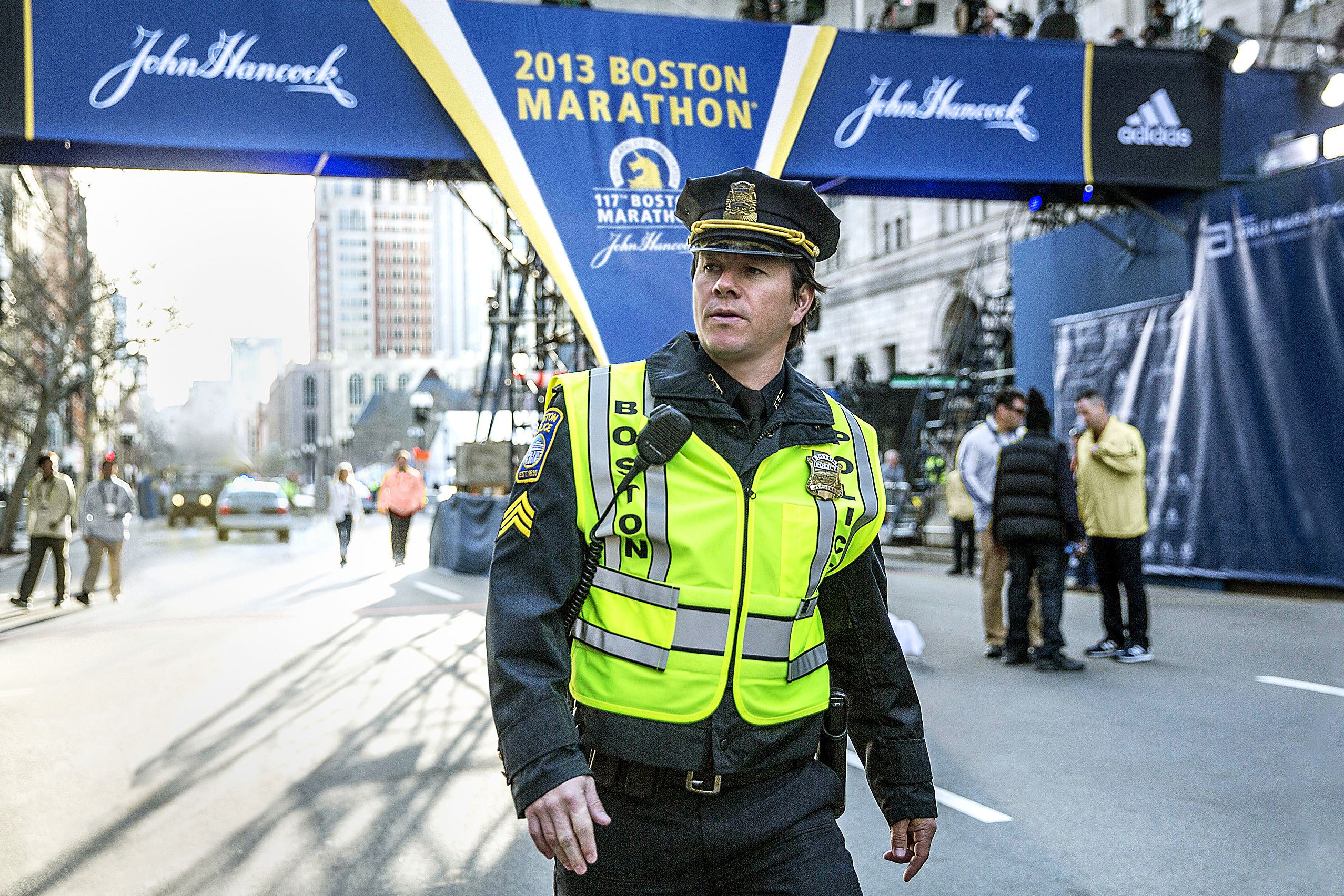 Peter Berg & Mark Wahlberg have stumbled upon something that works, and I hope they understand just how fragile that simple verb can be. It seems almost boring; the movie worked, the director and the star understand one another, this combination produces watchable films on a consistent basis. But I mean it as a high compliment, not as a throwaway critique of a mediocre film. Berg & Wahlberg have created a process that produces movies that both audiences enjoy and critics appreciate, and that bit of magic shouldn't be taken lightly. Lone Survivor, Deepwater Horizon, and now Patriots Day; this trio of true life stories is everything we want this genre to be, and I can only hope that this team keeps cranking out the hits, because not only do they have something special going, but nothing gold can stay, as the old saying goes, and even success this true can be fleeting.

These are the real events leading up to, during, and following the manhunt after the 2013 Boston Marathon bombing. On April 15th, at the finish line of the race, two homemade bombs exploded at the feet of the crowd, 12 seconds and 210 yards apart. A pair of brothers were responsible for the attack, subsequently going on the run from Boston Police and FBI investigators. This is the story of some of those involved; Tamerlan & Dzhokhar Tsarnaev the brothers, Tommy Saunders an officer involved, Special Agent Rick DesLauriers the head of the task force, Sergeant Jeffrey Pugliese of the Watertown police, and many others who are a part of this unbelievable story. The explosion at the marathon killed 3 people, injured 264 others, and shook a major city in a way that was all too reminiscent of the 9/11 terrorist attacks. But this time, there were fugitives, and this time they would be caught, dead or alive. 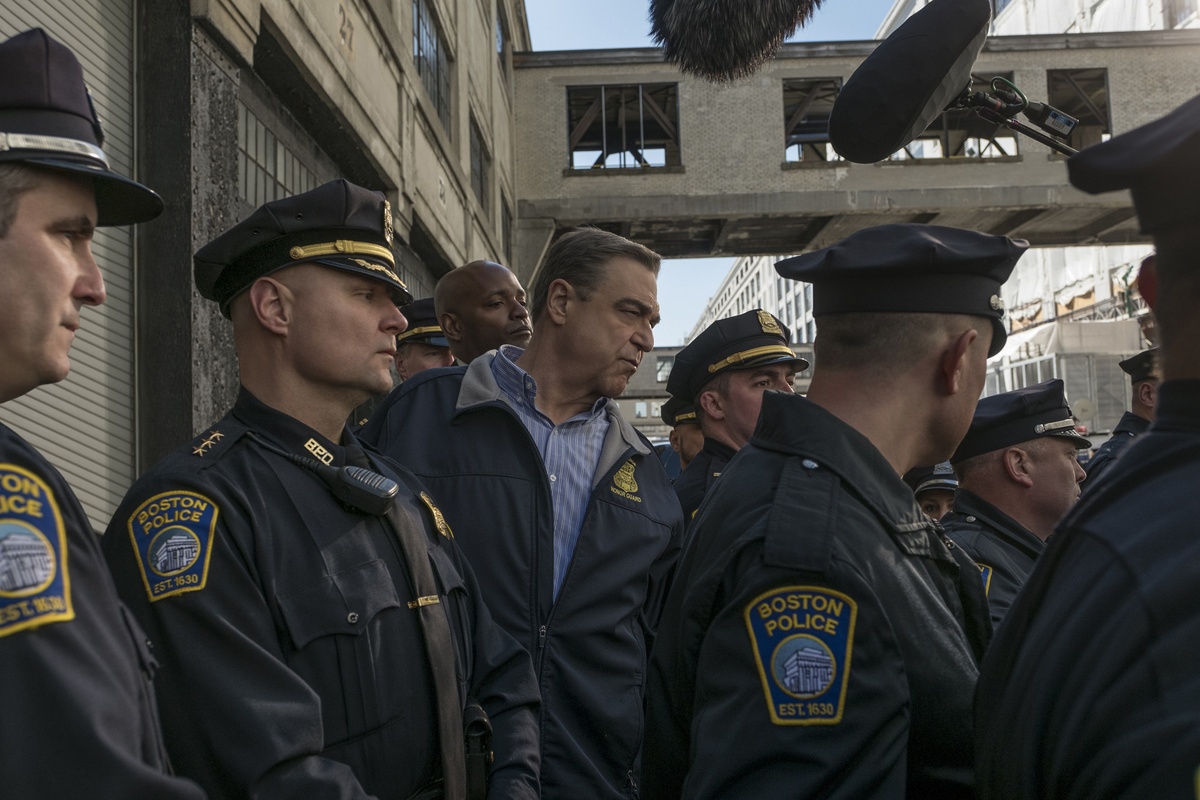 I know they might not become a duo that does a dozen movies together, that at some point the recipe might fail to produce a smash hit, so I really do hope that Berg & Wahlberg pair up again and as many times as possible, because they captured something rare, and that can't be over-dramatized. Berg has an amazing formula for telling a true story, for giving us dates & times in a way that doesn't seem forced, for laying the emotion thick in a way that doesn't become too cheesy too fast. It might end up a little sappy, that can't be helped, but audiences are completely on board by the time that happens, and we're completely prepared to shed a tear in the name of love. And I'm a cynic by nature, I'm always ready to curl a lip at nationalism/city pride/we're all brothers/love defeats hate/people are inherently good. But even I couldn't help giving in to this film, allowing it to wash over me with real feeling, and letting it win me over.

It wasn't hard, actually, since everyone involved does a terrific job bringing this reality to life on the big screen in such a way that you'd almost swear you were watching the events actually happen. Berg knows his stuff, knows when and where to splice in the details, knows how to back off and let his actors do their jobs in ultra-emotional moments. During the bombing not a single person in the theatre was breathing, and during one particular speech from Walhberg to his wife, played by Michelle Monaghan, I would have handed him an Oscar were it in my power to do so. Every actor filled his or her role perfectly, from the minor characters to the big names: Bacon, Simmons, John Goodman, Alex Wolff. There isn't really a flaw to point at, you either dived into the story or you did not, you either watched this happening live on CNN only a few years back or you did not. And as critical as I can be about prayer or patriotism or anything that can be turned into a slogan, I bought what Berg was selling, I was captured by this film, and I hope I get the chance to allow that to happen again. 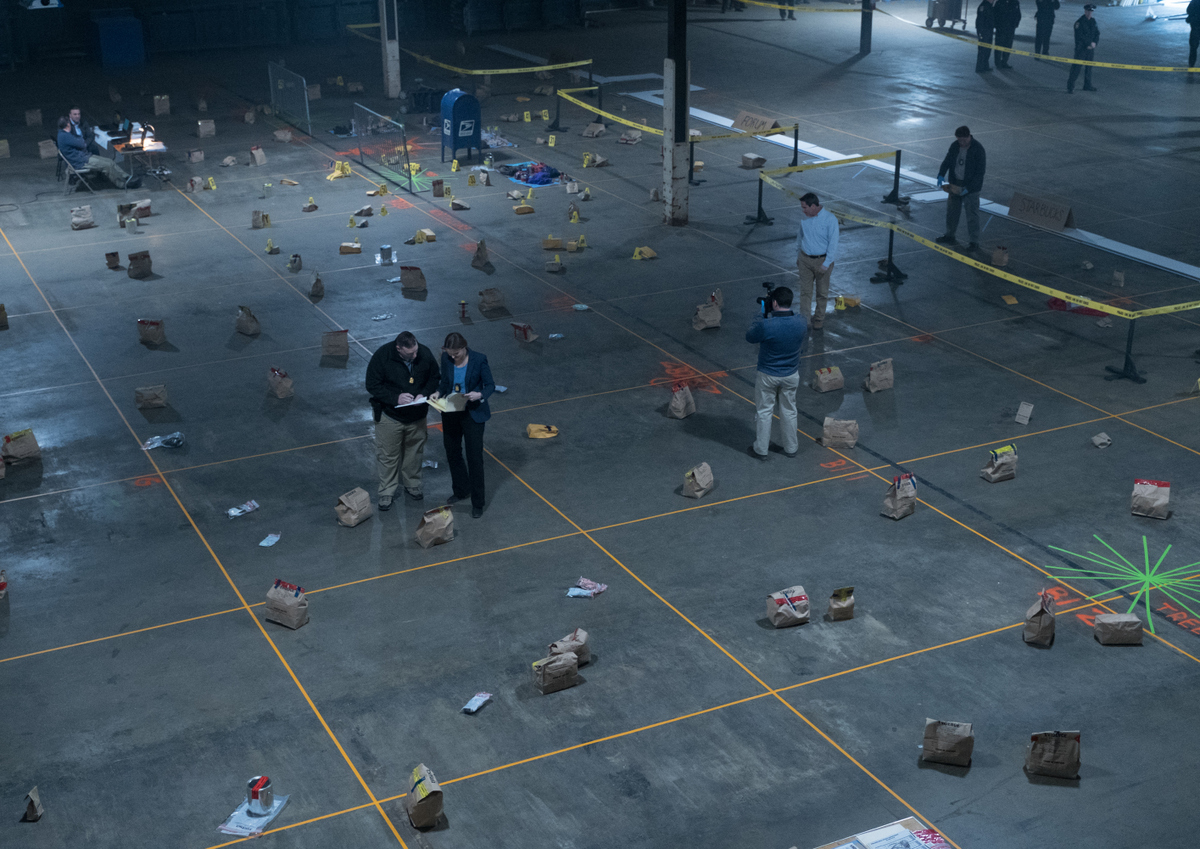