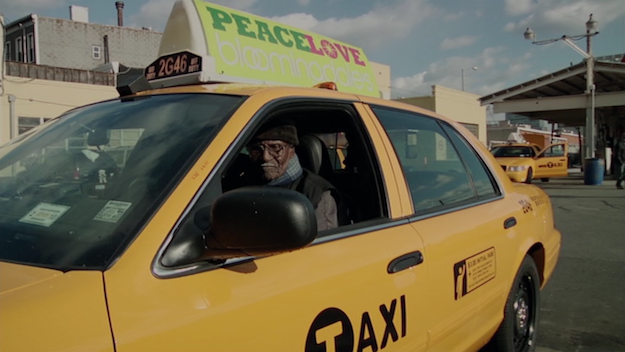 Short documentaries rarely get their due. Sometimes they pop up on HBO or PBS. The rare few that get Oscar nominations might get packaged together in a program that will play briefly at the local arthouse.

That's why the new DVD collection True New York is such a treat. It brings together 5 documentaries from the past decade or so, which all offer striking portraits of New York characters from diverse walks of life. The films are all twenty to thirty minutes in length, and thankfully there is not a dud in the bunch. If you enjoy the mini-portraits featured on the Humans of New York website, True New York offers a more fleshed-out variation of that kind of empathetic anthropology.

The disc starts off with Jordan Roth's C-Rock, which examines a long-standing summertime rite of passage for kids from the Bronx. On the Harlem River is a 110-foot cliff with a giant C painted on it (for Columbia University) where boys test their mettle by jumping off at different heights. Most do not attempt a leap from the very top, instead preferring lower ledges with appropriately high-school nicknames, like "Balls" and "Taint." Many times, the boys wait for a passing sightseeing boat, so they can make their jumps in front of an audience. Roth paints an effective portrait of the way the experience -- complete with immature razzing and peer pressure to do wilder jumps -- bonds these boys together. The film's concluding montage of gleeful (illegal) jumps is ecstatically joyful.

Next up is Joshua Z. Weinstein's Taxi Garage, which focuses on a handful of colorful men who work for the 55 Stan cab company in Queens. Weinstein's camera particularly seems to love Spider, a 90-year-old who has been in the taxi business since he was a teenager. The company's warm yet crotchety owner Stanley seems like he's probably been in the business almost as long as Spider. Stanley is shown frequently driving to Laguardia Community College to recruit folks taking the taxi exam (a longer cut of this film, which aired on PBS, bears the appropriate alternate title, Drivers Wanted). As Stanley passes out handbills for his company to the expectant exam-takers, he jokes with different men about being too short or too tall to fit behind the wheel. He assures a female in line that he has a separate bathroom for her. Stanley's trips pay off with the arrival of a newly certified Chinese driver, who encounters unexpected hurdles in his new position. Much like in C-Rock, Weinstein does a nice job of giving us unexpected access to a very specific corner of New York, while capturing off-the-cuff moments of drivers bonding and being themselves. One driver's anecdote about a particularly amorous couple in his backseat is a highlight. 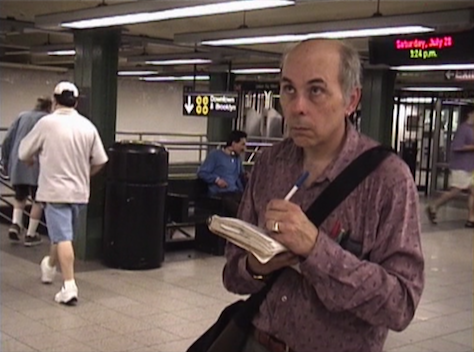 We go down into the subway system for Jeremy Workman's One Track Mind, a portrait of amateur subway historian Philip Coppola. Since the late '70s, Philip has been drawing, photographing, and otherwise documenting the architectural minutiae of every subway station. So far, he has self-published four densely packed books, with the intention of giving credit to the otherwise unsung architects and mosaic artists who designed the New York subway. To see Philip indulging in his passion, as he sketches a station placard in a lined spiral notebook, is fascinating and disarming, although Philip seems unable to talk about it succinctly. Philip cringes as he sees himself rambling on during a news broadcast, and later he puts a room full of senior citizens to sleep as he tries to lecture on his work. Still, the fact that at least one of the subway stations highlighted in the film (Essex St.) has been remodeled since One Track Mind was originally released in 2005 helps make the argument that Philip's work has true historical value and is not just an unusual pastime.

The fourth film in the collection, Yoni Brook's A Son's Sacrifice, takes us back to Queens, where twentysomething Imran has given up a career in the corporate world to take over his father Riaz's Halal slaughterhouse. Riaz is traditional and set in his ways, while Star Wars nerd Imran is more assimilated, having never learned his father's native tongue. In fact, many people in the community question whether Imran is a "real Muslim," partly because he is the product of a mixed marriage between a Bangladeshi father and a Puerto Rican mother. Much like the other films in the collection, A Son's Sacrifice excels at exploring a specific, underrepresented community through the personalities of a few magnetic people. It stands out, however, as the only film in the set that manages to combine these elements with a fairly strong narrative arc. The events of the film are organized around the sacrificial holiday Qurbani, where everyone in the neighborhood comes to the slaughterhouse to have a lamb ceremonially slaughtered for the sake of their holiday feast. As Brook reveals these various aspects of his subjects' situation, a compelling dramatic question arises about whether or not Imran can prove himself to his father and his community, which comes to a head during the Qurbani rush. The understated way that the film resolves this question is highly satisfying. 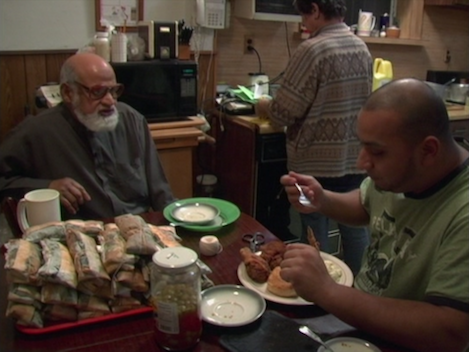 The final documentary in the collection is Black Cherokee, from directors Sam Cullman and Benjamin Rosen. The Black Cherokee in question is Otis Houston, Jr., a performance artist who takes up residence on the side of FDR Drive, trying to snag the attention of drivers as they pass him on the highway. Otis poses, sings, dances, paints, pretends to fish, gesticulates wildly, and even fans himself a giant stack of dollar bills. Despite the presence of all those singles, money seems irrelevant to the kind of work that Otis does. He just values the expression and the attention that comes with it. When Otis's wife theorizes that he goes out to the highway to simply get away from her, he absently agrees with her. There's certainly a fair amount of pain from which Otis might want to escape, what with his father slowly succumbing to Alzheimer's disease in their shared apartment. Cullman and Rosen capture the emotional intensity that informs Otis's performances -- a sequence where he trots around the Financial District wearing boxing gloves, reciting Muhammad Ali-esque rhymes, is electric -- but they rarely seem to puncture his performative patina and expose the man at the core of the Black Cherokee persona. 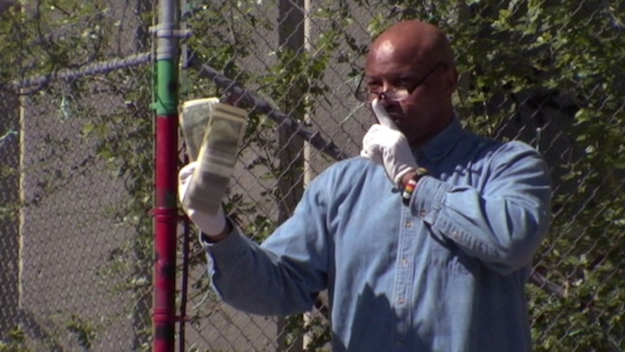 The Video:
Overall, the widescreen 1.78:1 presentation is solid, with the first two segments (which are also the newest) looking the clearest and most vibrant. The third segment was shot mostly on low-end DV cameras, so it has the most problems with color balance and detail reproduction. Both the third and fourth segments were shot in a 1.33:1 ratio, so they appear pillar-boxed. Some of the busier wide shots have minor compression issues.

The Audio:
No complaints with the Dolby 2.0 stereo audio. Music and ambience are clear and satisfying. Some scattered bits of dialogue are a little hard to make out, thanks to the verite nature of the way these films were shot, but the English SDH track is on point, so you can rely upon it during those puzzling passages.

(9:40) - Philip Coppola and director Jeremy Workman field questions at a 2015 screening of their film at the New York Transit Museum.

Final Thoughts:
True New York is a real find: a thoughtfully assembled collection of well-crafted character studies that are warm and humane, showing some of the real folks who make New York the city that it is. Highly Recommended. 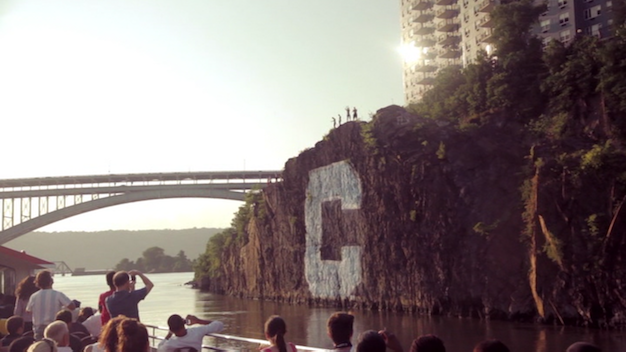