Careful What You Wish For

Well, isn't this interesting? Nick Jonas, of the squeaky-clean Jonas Brothers, has starred in this R-rated "erotic thriller" reminiscent of the 1980s sort-of classic They're Playing With Fire. Nick plays a typical young horny guy name Doug (whom most in this movie call "Dougie") who spends his summers at his rich parents' vacation home somewhere in North Carolina. This particular summer turns out to be special when investor Elliot (Durmot Mulroney, getting the "and" credit in the opening) and his hot wife Lena (Isabel Lucas) move into the house next door, which coincidentally can be seen perfectly from the window of Doug's bedroom. It turns out that Doug knows a lot about boats, so Elliot ends up hiring him to fix up his old one. Doug gets plenty of chances to ogle Lena from afar this way, but she then also starts flirting with him. A few key points about Elliot come up as well- he's rather abusive to Lena as Doug can hear them fighting at night, and as he's always investing money in things to make him richer he leaves the house for days at a time. In a classic movie set-up for this sort of thing, Lena ends up locked out of the house during a rainstorm while Elliot is away, and calls on Dougie for help. She has the bright idea to have him smash one of the windows to get into the house, which he does courtesy of a rock with his shirt wrapped around it to dampen the noise and of course appear onscreen shirtless. After they get inside one thing leads to another and little Dougie ends up having passionate sex with Lena. 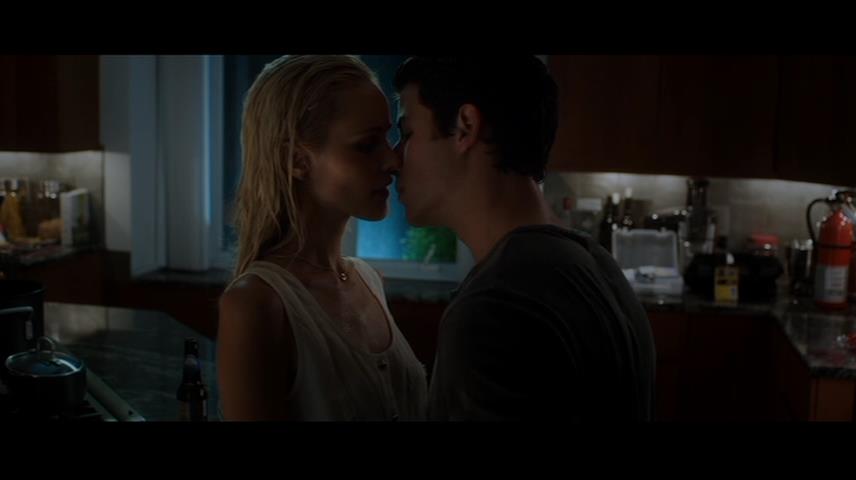 Their affair carries on for a bit as tends to happen in this sort of movie, and they seem to be keeping it a secret from Elliot but he still can't help abusing poor Lena and she starts thinking about divorcing him. Finally he ends up dead after Lena gets the upper hand in a fight, and she then calls on Dougie for help. Now kids, if this ever happens to you it's a good idea to just tell the truth, otherwise you'll get into a lot of trouble. Since Doug is in love with Lena by this point however, he fails to keep that bit of advice in mind and instead helps cover up the death, making it look like an accident. Big mistake, as the authorities (led by Sheriff "Big Jack" played by big Paul Sorvino) quickly investigate and as they get closer to uncovering the truth it looks like Lena will throw poor Dougie under the bus before she gets busted.

This is one of those movies where it's quite easy to know what you'll be getting from it, so I wasn't expecting anything artistic or profound. It seems to be the perfect movie to show on late-night cable (the term "Skinemax" even comes up in the script) and this DVD will likely show up in the bargain bin soon enough. The dialogue is pretty much by the numbers, filled with lines we've all heard a million times like "You don't know what he's capable of!" Yes, you do get to see a few minutes of Nick Jonas having sex and there's a bit of female nudity but nothing really to write home about. Dermot Mulroney as Elliot is a typical scumbag who you aren't the least bit sorry to see killed off; Paul Sorvino provides a few laughs as the sheriff who also moonlights singing country songs at the local tavern and you've also got Graham Rogers as Doug's friend Carson who keeps egging him on to score with some local girls, as Lena has warned Doug not to go bragging about the thing they've had going on. 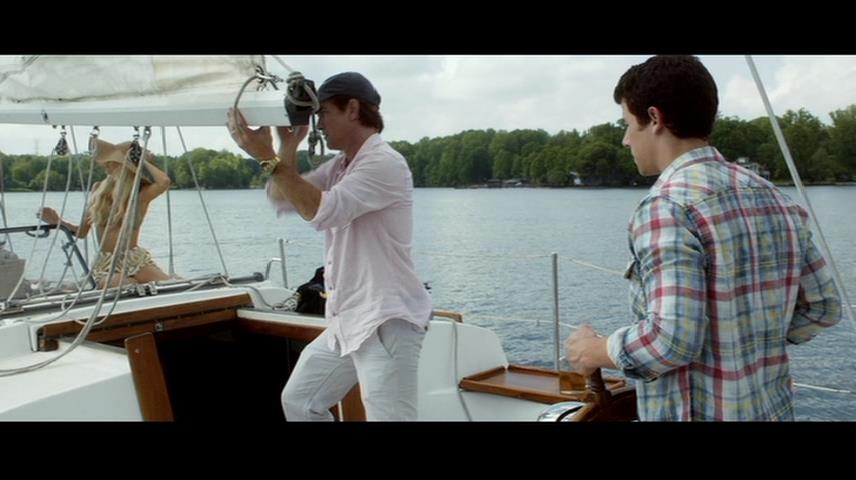 Shot digitally in 2.35, Careful What You Wish For appears to be decently made despite the shortcomings of the script. Unfortunately Anchor Bay/Starz didn't see fit to release this on Blu-Ray (although you can order that as a German import) and the single-layer DVD had me thinking I needed to clean my glasses or reach for the focus knob if my equipment had one. There's a number of scenic outdoor shots that probably looked pretty good during whatever theatrical release this movie had, but they're diminished on this DVD. It's still watchable overall, but it could have looked so much better.

Audio is 5.1 Dolby Digital and is flagged for EX decoding, something I haven't seen in a while (though I keep EX turned on my receiver all the time anyways as I've found it's better to have it on when it doesn't need to be than off when it should.) The music score primarily fills the channels beyond the center, occupying the surrounds and LFE more than scores usually do. The sound during the rainstorm is pretty good too, and the dialogue is well-recorded. No, there are no songs by the Jonas Brothers included here.

Hearing-impaired subtitles (which seem to default to on) and Spanish subs are included.

There are no extras related to the movie, but the disc opens with trailers for Martyrs and Every Secret Thing. I should also point out that the disc comes in a hole-filled Eco-Case with no insert. 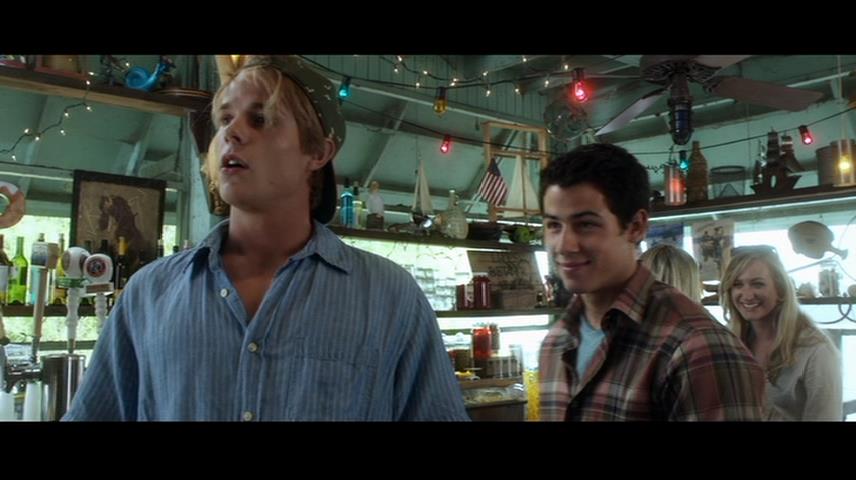 Careful what you wish for if you wish to see this movie. If you're a fan of bad movies like I am you'll at least be somewhat entertained, and seeing Nick Jonas trying to break out of his clean-cut past is good for a few laughs- though not as much as former "Dennis the Menace" Jay North was in 1974's The Teacher. The movie's photography would probably be good to look at but this sub-par DVD presentation doesn't do it any favors.