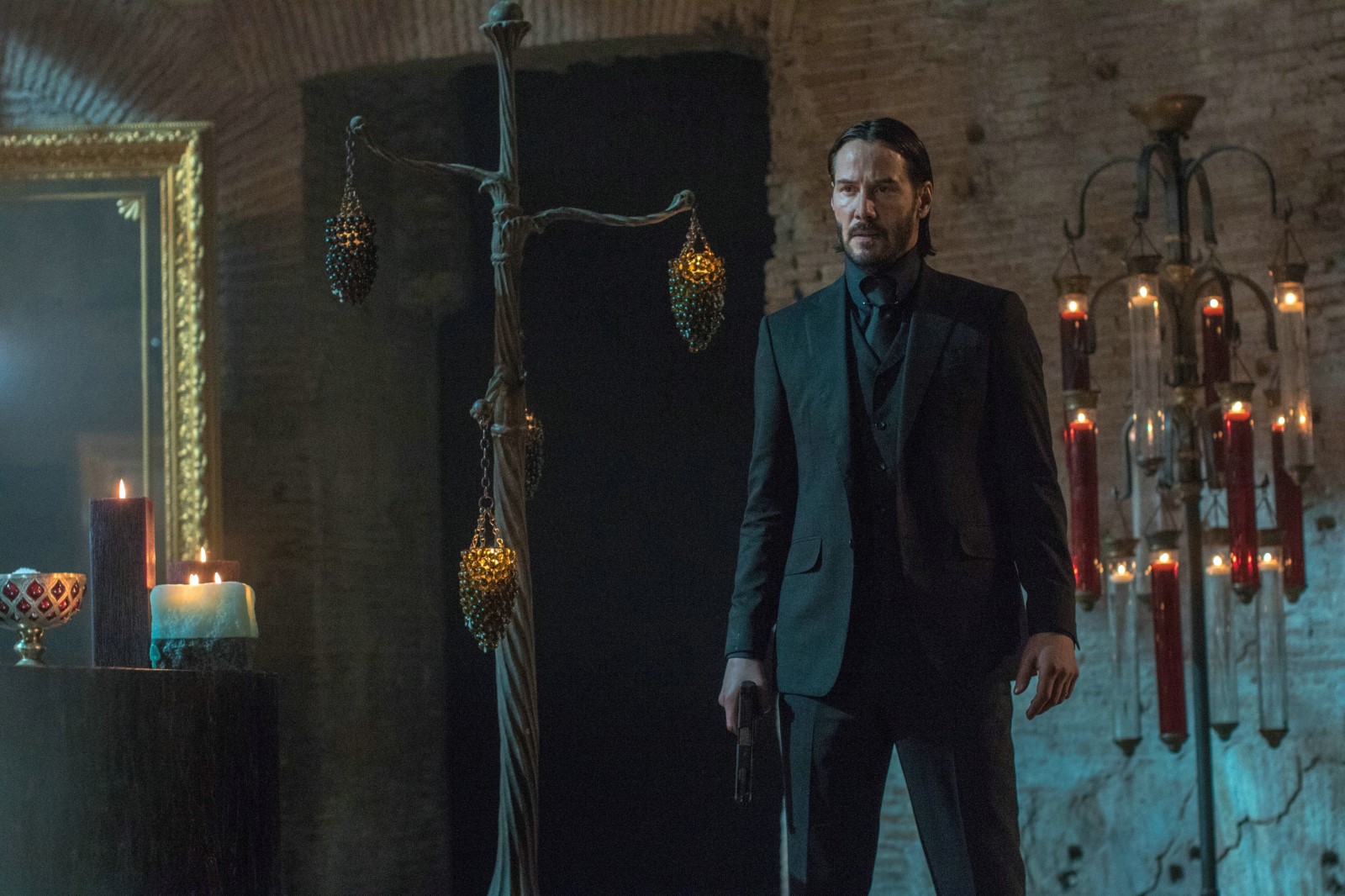 John Wick was such a mini-phenomenon simply because it was incredible, and in a very literal sense. It was hard to credit, this out-of-nowhere action flick that felt a little like a first-person shooter, featured a hundred exploding heads, and starred one of the worst actors in all of Hollywood. Basically, it shouldn't have worked on any level, with its lead male sucking, its genre tired, and its body count enormously high. That it did speaks to the fact that there are still ways to make action movies original and to make them work. Just ask George Miller I guess, though he went down an extremely divergent path and already had a solid fan base to rely on. Chad Stahelski didn't, and he was a first-time director to boot, which makes his successful film all the more impressive. That it garnered a sequel isn't a shocker, nor is that Chapter 2 works almost as well, if not quite so bolstered by the element of surprise.

The legendary Boogeyman John Wick tried to retire, but he was pulled back in, the result being a lot of dead people. Wick is a killer for hire, and doesn't like to be messed with when he decides to hang up the gloves, or bury the guns, as it were. Having punished those who riled him up last time, John is ready to re-retire, but once again the assassin's game won't let him go so easily. An old debt is called upon, and Wick must answer, or forfeit his life. The mission; to kill the sister of a prominent figure in the underground world of power that runs the world, or at least the world's violence. Kill her, avoid dying, and return to his vacation; that's all John has to do. But there are more players in the game, more at stake than one simple kill, and taking someone's life is never as easy as it sounds. 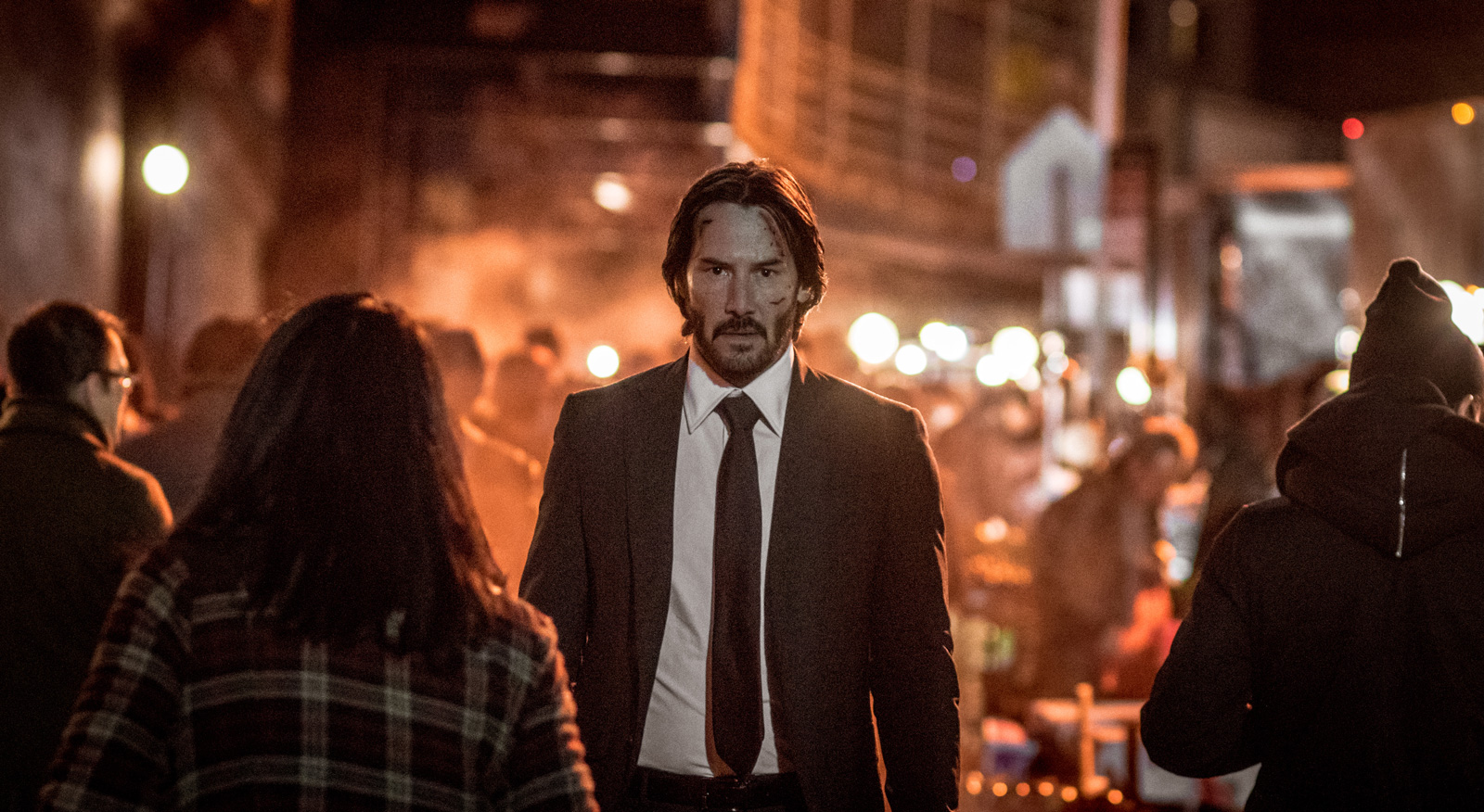 I'm sure I've talked enough about the original, but it's worth mentioned how little any of us expected it to be good, and how many of us walked away entirely pleased by what we had just witnessed. It was surprising, it was fun, it was over-the-top, it was darkly humorous, and it was jam-packed with the kind of action that we don't like to admit we like, but that we are seriously willing to love if someone can just do it justice. Almost no one ever does, that's why the action genre as a whole is ridiculed among critics. But, in our defense, we are ready to enjoy a good action extravaganza when one is done right, and John Wick was done quite right indeed. Its sequel need only have followed in its footsteps in order to succeed, something it does very well, to the point of copying perhaps, but as the old saying goes, if it ain't broke don't fix it.

Chapter 2 starts with a bang and rarely looks back, though a few lagging moments attempt to make the story deeper than it needs to be, to its partial detriment. Wick is more somber, less driven, and so the pace suffers a smidge, but not so as to drag down the fun. No, there are still thrills to be had, you only have to sit back and enjoy them. Awesome firefights, chops to the neck galore, head shots around every corner, pencils used as weapons; if gore and battle are what you want, you will not be disappointed. Reeves seems tailor-made for this role, a character that doesn't require a large amount of emotion or, really, talent, which falls right into his wheelhouse. I wish Ruby Rose and Common hadn't had major parts though; they're seriously no good, and cheapened the entire film. But Reeves held it up, our hero is someone that we'd follow into any desperate situation, and this film franchise isn't going anywhere. A third will be rolling our way soon, and even though the second isn't quite as good as the first, I'm still excited to see what Wick will get up to and who will have their ears blown off next. 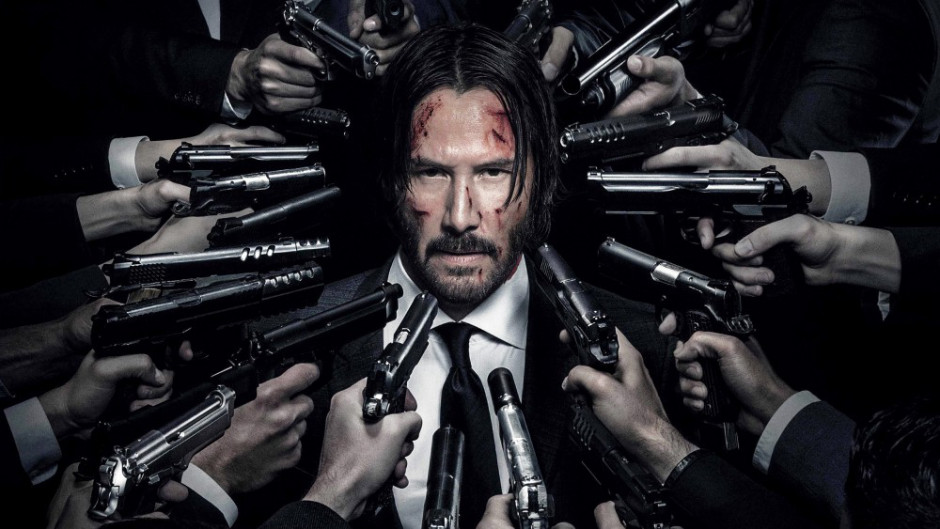