Search For Weng Weng, The 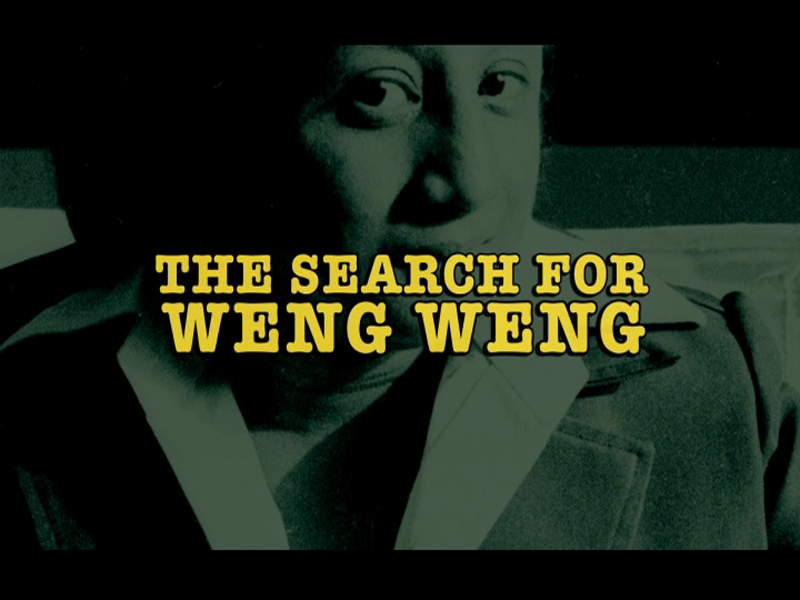 
The Movie
In a bit of meta education, watching documentaries can provide one with a great list of movies to discover, as there are a host of films that help explore unique niches, like the delightful Not Quite Hollywood and Video Nasties. However, it doesn't get much more niche than Filipino cult films. That is, unless you zoom in a bit more, and tighten the focus to Filipino cult films starring the shortest lead actor in film history, the 2'9" Weng Weng, star of films like For Y'ur Height Only and Da Best in Da West. Director Andrew Leavold, an Australian cult cineaste, became fascinated with the diminutive actor, which lead him down a rabbit hole of Pinoy films and the often sad story behind them, as part of the titular search.

Taking his quest to the Philippines, Leavold meets the stars of well-known Filipino films and the creators behind the movies that introduced him to Weng Weng, and gradually pieces together the little (and little-known) actor's backstory through anecdotes shared by those that knew and loved him. A picture of greed and cruelty emerges, as the unfortunate truth behind Weng Weng's short-term stardom becomes clear. The mystery mini man becomes a nexus to a world of information about the Philippines, not just in terms of film (of which the movie informs the viewer in detail) but the history of the country and its most infamous ruling family: the Marcoses. (A brief discussion over whether it's acceptable to enjoy Weng Weng's films because of their dependence on his handicap adds yet another layer to the film, along with unexpected religious implications.) 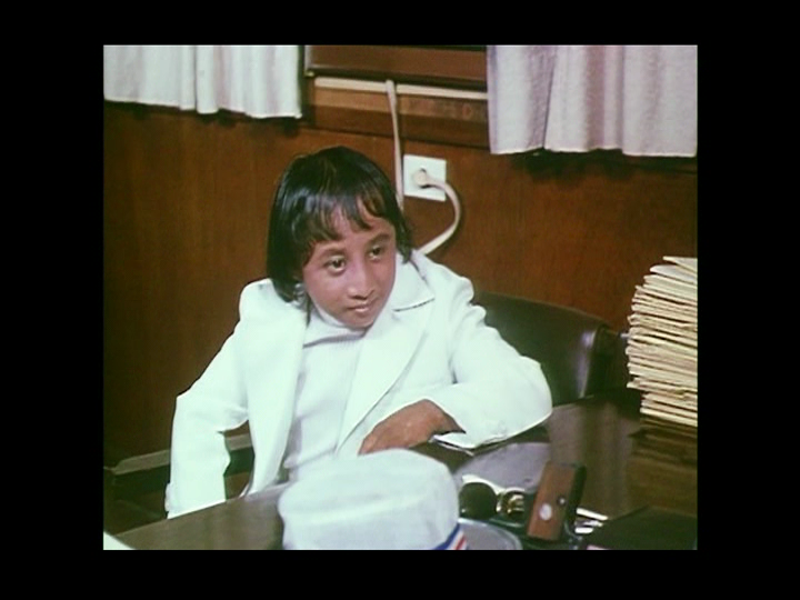 Leavold almost runs the risk of being a character in his own movie, which is a questionable move for any documentarian, but the narrative is tied to how the information is learned, so it would be hard to completely remove him from the story. Thankfully, it seems that Leavold is well aware of the possible faux pas, and lets his interview subjects do the majority of the storytelling (though he does act as narrator, probably as an economic reality of his low-budget endeavor.) It doesn't hurt that he's interviewing people in the entertainment industry, and they are, as a result, charismatic, with great stories to tell. Combine the footage of Weng Weng, which is interesting all on its own, with the methodically unfolding mystery and the great personal tales and it's a jackpot of documentary gold.

That said, the real gem here is the unbelievable arrival of Imelda Marcos into the film, which takes an unusual story to an entirely surreal level. It's comforting to know that the obscenely rich and corrupt don't really change with age (and utterly frightening when you realize the parallels to America today.) The peek into her world is as engaging as anything else the film has to offer, especially when her daughter offers some defense of elements of her mother's regime. For a film that could have delivered a very narrow focus and succeeded with that, the wider perspective that emerges gives the film more universal appeal (while being no less interesting.) 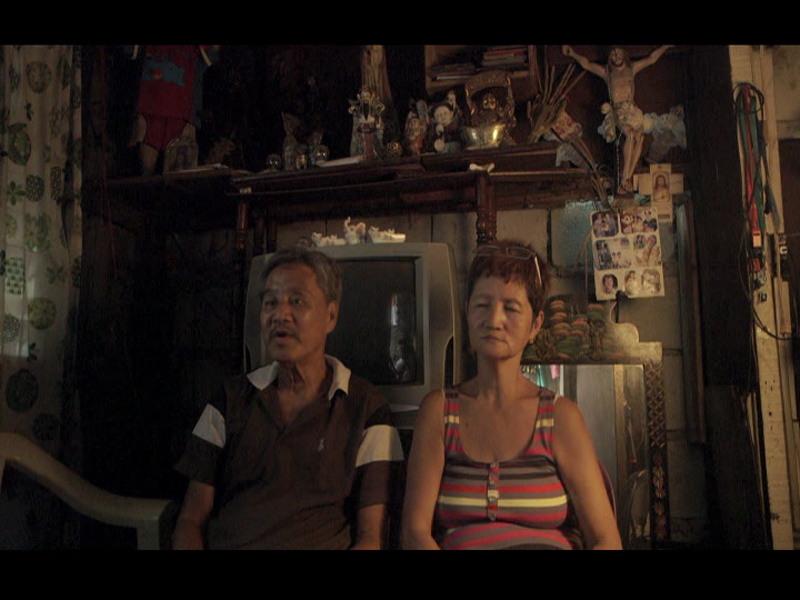 The Disc
The Search for Weng Weng, arrives on one DVD, packed in a standard keepcase. The disc has a static menu with options to watch the film and check out the extra. There are no audio options and no subtitles.

The Quality
The anamorphic widescreen transfer pulls together a variety of sources, including modern, widescreen interviews; older, full-frame sit-downs, and archival materials presented in a window-boxed format. Overall, it all looks very nice (or as nice as the more aged content will allow), with solid color, a good level of fine detail and a clean image, though some of the film clips sport a good amount of damage and there's an inconsistency to the newer material (due likely to the length of the production effort and the low budget.) The DVD doesn't introduce any problems to the visuals.

The Dolby Digital 2.0 track is a clear, center-balanced affair, which keeps the heavily-accented voices clear (subtitles are burned in for assistance), while maintaining appropriate separation from the film's music. It's a straightforward presentation that does what the film needs it to.

The Extras
The relatively extensive extras start with a commentary by Leavold, who discusses the film's production history and fills in some of the blanks of the film, while sharing bits and pieces that didn't really need to be in the film, but were worth knowing. A likable film geek, he understands what the listener wants out of a commentary and delivers it well.

More can be heard from Leavold (even if there is some repetition) in a 37:55 audio track from a Q&A held at the Sydney Underground Film Festival. Similar in content to the commentary, it includes external perspective and some conversation that gives it a different feel, while revealing a few additional nuggets, particular the film's connection to Not Quite Hollywood.

A pair of extended interviews are available, featuring Filipino director Eddie Nicart (50:10) and a shorter chat with Weng Weng's brother Celing (8:55). Though there's not much more to be learned from the star's sibling, Nicart offers a host of information, including details on how practical stunts were done and a peek at his memorabilia collection. This interview rivals the material in the film in terms of the educational value. Also available is a bonus interview with the actor Palito (16:40), but it's rather tangential to the film, even if the info about the film industry does help provide more context for Weng Weng's story.

On the odder side is a music video by Roy Mebejo, for the catchy, guitar-driven tune "I Love Weng Weng" (3:16). It's not likely you'll watch this more than once, but you may enjoy its goofiness.

Wrapping up the bonus content is a trailer for another project from Leavold, Gone Lesbo Gone, a behind-the-scenes look at a recreation of a classic Australian adult film. Honestly, it looks like it could be worth a watch. 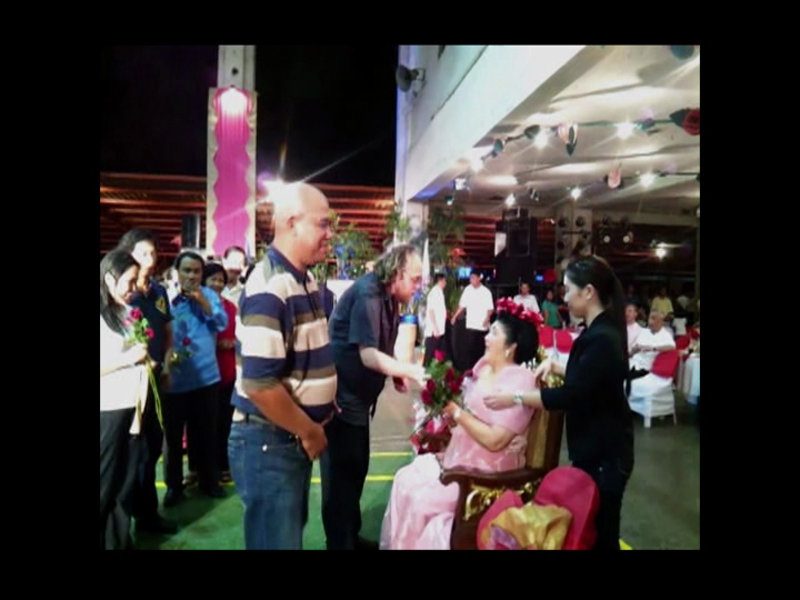 The Bottom Line
For what looked like a quirky little documentary about an obscure curiosity, The Search for Weng Weng surprises by telling a very human and informative tale of film, misfortune and Filipino culture, while still delivering the goods it promises on the surface. The presentation is solid and the host of bonus content ensures you're getting your money's worth. If you want to learn something new or just enjoy a well-told story, this is a documentary well worth checking out. Francis Rizzo III is a native Long Islander, where he works in academia. In his spare time, he enjoys watching hockey, writing and spending time with his wife, daughter and puppy.Follow him on Twitter