Von Trapp Family - A Life Of Music, The

"The story of the von Trapp family's escape from Austria in 1938 to the United States is well known from The Sound of Music. This film tells the story of those dramatic years through the eyes of the eldest daughter, Agathe."

This text introduces The von Trapp Family: A Life of Music which is based on Agathe von Trapp's autobiographical book "Memories Before and After The Sound of Music". Those familiar with the Rodgers and Hammerstein musical and subsequent movie that's become a perennial favorite might be asking "Who was Agathe?" but it turns out that version of the story not only sugar-coated many details but also changed some of the names- Agathe was known as Liesl in that version. This production tries to tell the story closer to the way it really happened. It uses a present-day framing device to tell the story in flashbacks, which I'm not a big fan of- it begins with several generations of the family celebrating Christmas Eve in Vermont, and teenage Kirsty (Lauryn Canny) has stomped out of the house heading to the train station because she's frustrated over her parents' divorce and wants to go see her mother in Seattle instead. The elderly Agathe (whose relation to Kirsty isn't explained, other than a detail ruling her out of being her grandmother) played by Rosemary Harris decides to catch her at the station and try to change her mind. She sits down with her and tries to put her problem in perspective, thus starting the flashback. 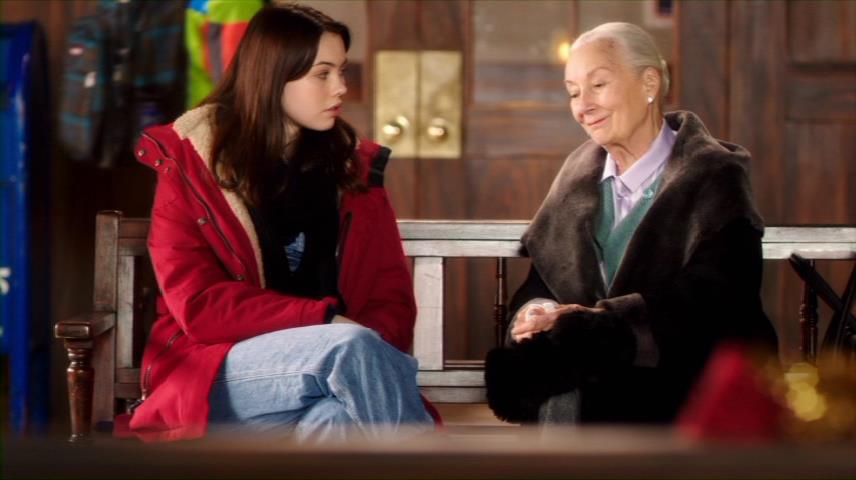 We then see a younger Agathe (played here by Lisa-Maria Trinkl) in Austria at her family's home on Christmas Eve, where she witnesses the death of her mother. Her father, Captain Georg von Trapp (Matthew Macfadyen) soon decides that moving the family of several children to the city of Salzburg will be best for them. Agathe soon assumes the "motherhood" role in the new home, doing housework and taking care of the younger children, but Georg decides to hire someone for that job, entering Maria (Yvonne Catterfeld, who looks and acts nothing like Julie Andrews thus reminding us that this is closer to the real story than what we're used to seeing). Unlike the classic movie, Maria does not then teach Rodgers and Hammerstein songs to the kids and their father isn't even a big grump- here Georg warms up to Maria almost right away (eventually marrying her) but the children don't really accept her as part of the family, resenting the marriage.

The family did sing together for fun (usually traditional tunes like "Ave Maria"), but Agathe had decided never to sing again after her mother's death. A chance encounter with famous German opera singer Lotte Lehmann (Annette Dasch) reveals her vocal talents are still quite strong and Lehmann then visits the family to convince them to perform as a choral group. Georg has reservations about this, but in the meantime the Nazi takeover of Austria is progressing and he remains in denial despite repeated warnings. Agathe has a sort-of boyfriend named Sigi (Johannes Nussbaum) who takes part in a resistance- he's a far more interesting character than his Rodgers and Hammerstein counterpart. Cornelius Obonya also gives a great performance as Konrad, who served with Georg in the Navy and is now employed by him as a chauffeur, unable to find any other work. Konrad sides with the Nazis and has them target the von Trapps when Georg refuses to join him. Unfortunately the other von Trapp children don't get too many lines of dialogue, and perhaps the story might be different from their perspectives.

Despite the title there isn't a whole lot of music here but overall it's a far more accurate depiction of the true story (though I've read a few creative liberties were still taken, including English being the language spoken.) It's unclear as to what venue this was intended for; it did not receive any theatrical release in the US at least and has more of a made-for-TV aesthetic to it though there are no blackouts for commercial breaks. The flashback format does get to be a bit annoying, especially as there are a number of cuts back to present day reminding us that the older Agathe is telling this story in a train station over the span of at least an hour or so just as we're becoming engaged. 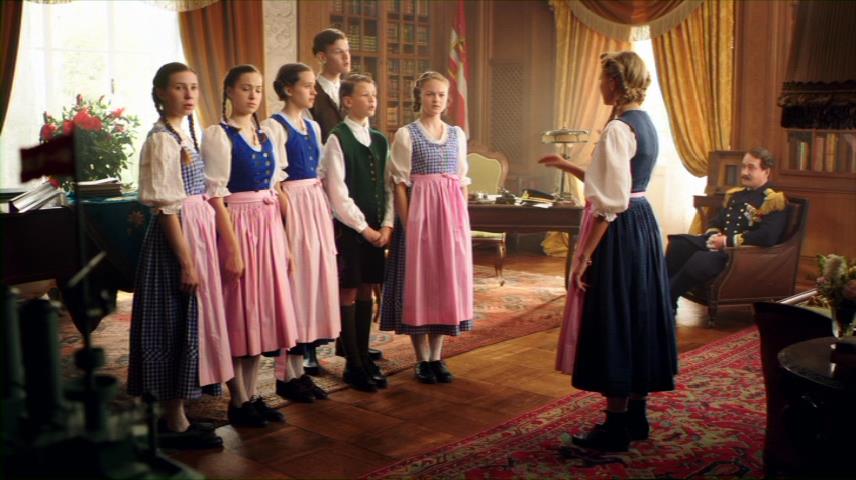 This is yet another recent production that hasn't been seen fit to release on Blu-Ray disc, only on the antiquated DVD format. At least it's been given a dual-layer disc, which allows for a high-bitrate encode mostly devoid of compression artifacts, although there is a bit of gradient banding in the few dark scenes. Quality is adequate for the format but the location scenery in Austria begs for higher resolution than standard-def is capable of. There is a slight green line at the bottom of the digitally-shot 16x9 picture as well.

The 5.1 Dolby Digital mix keeps the sound mostly up front with centered dialogue, though the surrounds do kick in a couple times. Like the photography, it's more in line with a TV production than feature film.

Spanish subtitles are included along with traditional closed-captions (which thankfully newer players that lack analog video outputs are now including on-board decoding for.)

There are two very short featurettes totaling about five minutes altogether, "About the Family" and "About the Story" which show a bit of production footage and brief comments from the cast, of which are repeated in both.

The disc opens with trailers for "Ring of Fire", Love and Mercy and Amy. 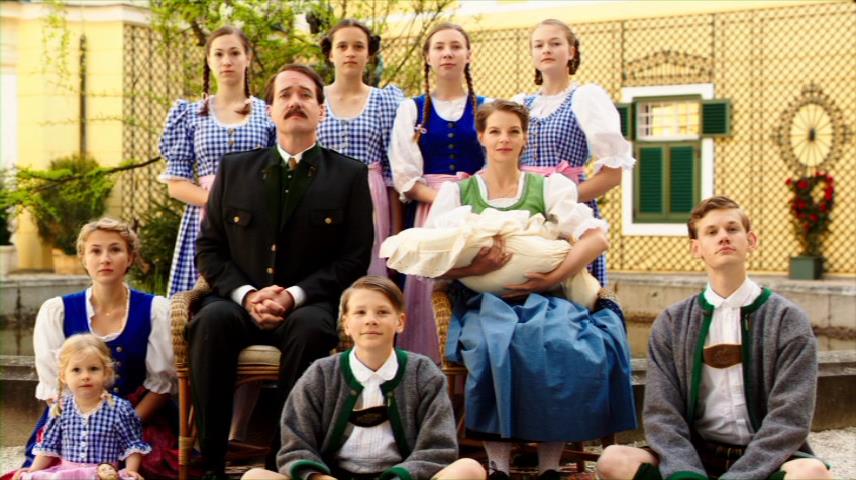 This was interesting viewing being a long-time fan of The Sound of Music. It gives a more accurate portrayal of the story that inspired it in a much shorter running time, though still having the word "Music" in the title might make one expect more of that than there is here. Only the on-screen notes and still pictures at the movie's end hint at the "Life of Music" the family had afterwards as a professional singing group.