There have been a number of filmed depictions of Charles Manson and his followers, but the makers of "Manson's Lost Girls" have figured we could use at least one more. This one sells its uniqueness as being told from the point of view of one of the women at Manson's "family retreat" at Spahn Ranch, an abandoned Western movie set. Linda Kasabian, played here by Mackenzie Mauzy, was the only member of Manson's "family" to not serve a life sentence in prison, and "Manson's Lost Girls" tries to show her mostly as a by-stander who didn't see what would happen until it was too late. 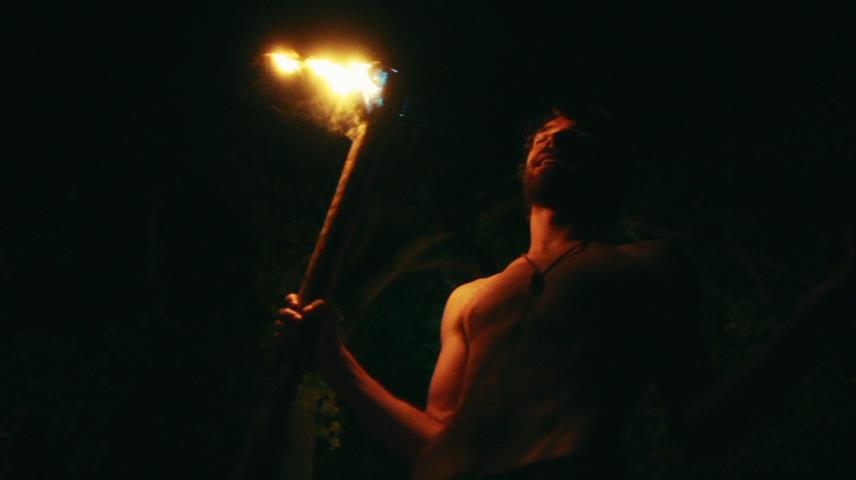 Made for the Lifetime cable channel, the narrative here is much more straightforward than the movie The Manson Family that I reviewed earlier, which I found to have a rather chaotic structure. We first meet Linda (who inconsistently narrates the movie) at age 16 as she longs for excitement in her life and announces to her mother that she's taking off for California. Once there she soon meets Bob (Morgan Krantz) and in typical movie fashion they get married and have a child- but Bob often makes trips to far-away places without taking Linda along, so she packs up with her daughter and leaves. At a restaurant she's befriended by Susan Atkins (Eden Brolin) who gives her an excuse to run out without paying her check. Finding that she has no place to go, she convinces her to come to the ranch which at first glance seems to be an ideal place. Several other young women live there, and those who have children have them living together and raised by the whole community and not "belonging" to any specific parents. Charles Manson (Jeff Ward), known to everyone as "Charlie," is the self-appointed leader and everyone looks up to him. At first he seems OK, though word is that he was in jail two years ago and nobody is sure exactly what for.

Ward portrays Manson a bit differently here, looking quite clean-cut with short hair and a well-trimmed beard rather than the scraggly long-haired person seen in most photos of Manson. This helps the audience buy into his ideals though, and at least early on see him as his followers did. Charlie has a few hopes and dreams, including recording an album and becoming famous. He has a few connections in the record business but it turns out none of the labels will sign him- from there he starts to crack and shows that he has serious anger management issues. (Interestingly there is a CD available of Manson's demo recordings, it's quite a listen.) He also becomes obsessed with "Helter Skelter," what he calls a made-up race war that he is sure will be happening any day now. Things of course come to a head when he "accidentally" kills a high-ranking Black Panther member in a botched deal, and then "the family" goes on a killing spree hoping that the Panthers will be blamed for it.

Despite the angle of telling the story mainly from Kasabian's point of view, there isn't a whole lot here that hasn't been covered in previous tellings of this story. Nevertheless, the performances by Jeff Ward as Manson as well as the attractive female cast make this outing perfectly watchable, as does the visual style that captures the era without going overboard. Some will likely appreciate that the violence and sex is rather tame, with most of the killings happening offscreen this time. 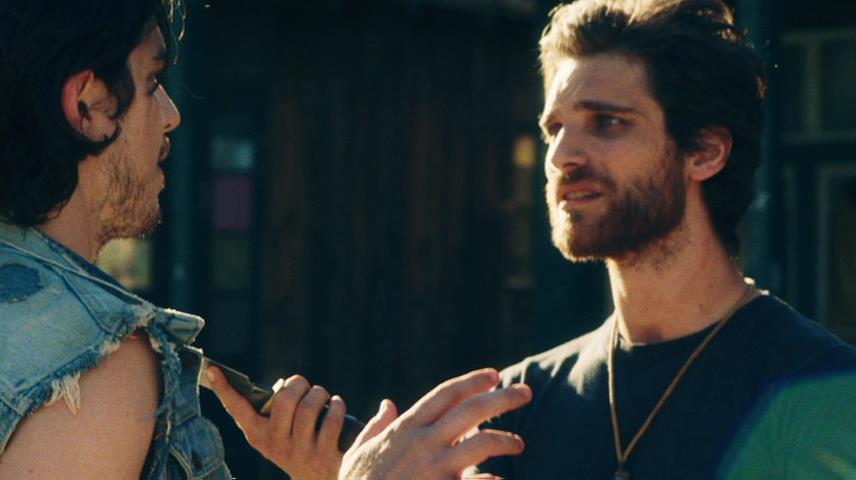 The 16x9 presentation gives a 16mm film look to most of the movie, with slightly muted colors and a bit of film grain. I was unable to find out what equipment was used to shoot this, but if it wasn't on 16mm they certainly did a good job of mimicking it. The quality of the DVD is adequate, with a minor bit of compression artifacts and banding in dark scenes.

The Dolby Digital 5.1 mix keeps things mostly up front, but has some effective atmospheric sound effects in the left and right channels as well as a number of songs from the era. Hearing-impaired subtitles are included which identify most of the music by both artist and title which is helpful. 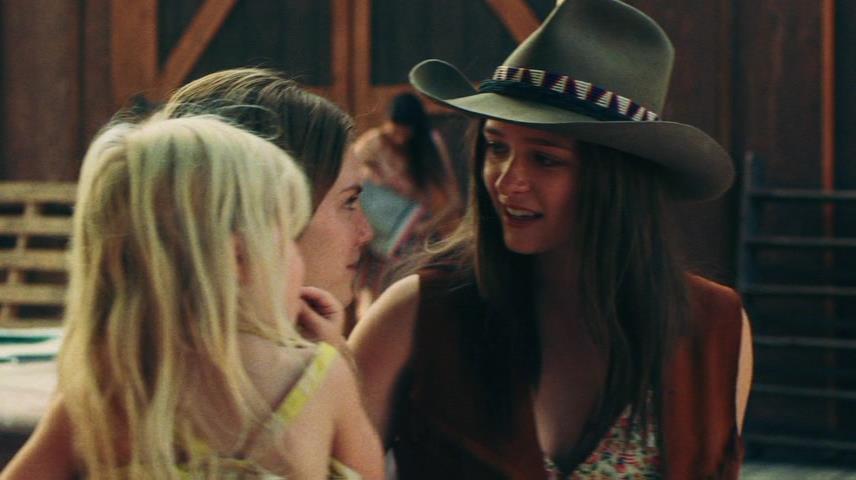 "Manson's Lost Girls" might not cover much new ground for those familiar with this story, but keeping the content at basic cable levels might let the more squeamish viewers check this out with little to fear and the overall style of the production and performances make it worthwhile.