Neither Heaven Nor Earth

A war drama with a religious backdrop, Neither Heaven Nor Earth is part reality, part fantasy, and completely devoted to shedding light on the fragility of the human spirit. On the surface, it's a look at the lives and fears of the modern soldier, but in its depths, it's a peek into his soul, revealing the doubts that lay so tenuously there. Director Clement Cogitore, who makes his feature-length debut with this film, uses the harsh environment of war to bring the spiritual world to life, putting the stories on top of each other in a unique fashion in order to make several points. That the movie itself can't stand completely on its own is a problem, but the message comes across regardless, and is powerful enough to be heard.

In Afghanistan during the current war is a French outpost whose mission is to thwart the Taliban and to protect the local villagers. This group of soldiers have grown close during their weeks in the field, have bonded over their shared experiences and their common loneliness. Living in a hostile environment completely cut off from your family and the world you once knew can be a difficult thing, a daily grind of checkpoints and running for cover that will eventually wear down even the sharpest warrior. Captain Antares Bonassieu keeps his men on task, tries to keep them motivated, and cares for each of them, promising to never leave any of them alone or behind, forming a brotherhood that should withstand any attack.

But when first animals and then men begin to disappear from a hilltop watch post, the strength of these ties will be tested. At first, Antares is convinced that his men have been kidnapped by local Taliban forces led by a man called the Sultan. He questions the villagers, demands answers, and even threatens to withdraw French protection if they will not reveal the nature of the mysterious disappearances. Then, in an unprecedented show of allegiance, the Taliban leader himself reveals that his men are missing as well. The locals begin to tell a story of Allah's country, a place where sleepers are taken away to be with God, a fanciful tale that fits the details, but is too ridiculous to be true, at least to those who refuse to believe. 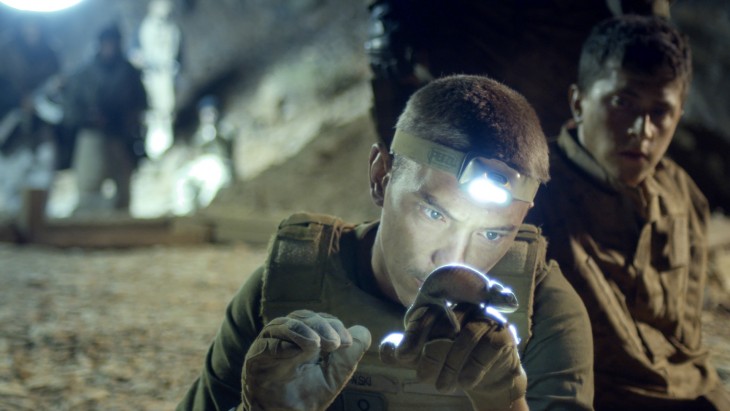 The first 3/4 of the movie are solid, the last 1/4 a letdown, which is far too typical of a film by a fledgling director. Cogitore also wrote the screenplay, so it's obvious that he had a great idea, formed a strong story in his head, was able to execute it to a certain point, but just didn't have the means to seal it into a perfect package. He took an interesting plot, set it in a chaotic locale, had all the dramatic elements ready to go, and pulled off most of the tricks with no problem. Where he failed was in not just the ending, but in the closing, as he was unable to keep momentum going when it was needed most in a movie that wasn't long enough to require more editing, but also wasn't quick enough to withstand a director who may not have been quite ready for the big screen.

The war element of the film was excellent, painting a perfectly accurate picture of life for a soldier in Afghanistan; the weight lifting, the boredom, the patrols, the villagers, the sheep, the infrequent calls home, the hierarchy of command. I was intrigued and impressed by that part of the story, its details and its devotion. The fantastic pieces of the film were nice as well; the ancient stories, Allah in the desert, the mystery of faith vs fact. These two parts just didn't mesh the way they needed to if the entire project was to be a rampant success, and the director didn't put a bow on the action as the film drew to a close, instead handling it rather clumsily and letting the pace drop off. Neither Heaven Nor Earth is a good feature without being a great one, a nice idea more than it was wonderfully done. 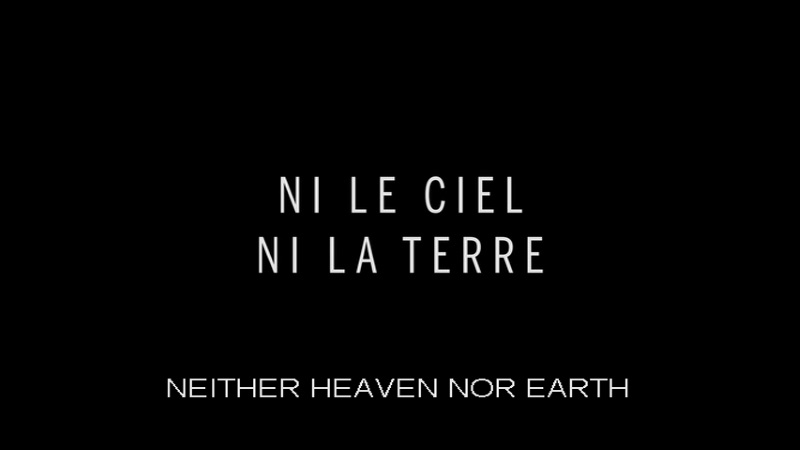 Video: With an aspect ratio of 1.85:1 Widescreen, the video quality of the film won't be something that blows any audience away. When the scenes are in the desert in daylight, there's some nice color and clarity. When the scenes are in the dark, much of the footage is shown using heat sensing technology or night vision, giving the film a military air, but not really allowing it to shine visually.

Audio: The DVD was done in 5.1 Surround Sound, with a choice of Stereo. The film is in French with English subtitles, which can be turned on or off. Also, the director's commentary can be accessed from this menu. The sound quality of the film is fine, not memorable, and will fall into the same category as the video; not something that was paid much attention.

Extras: There are only a few special features on the disc, beginning with a bonus short film called Among Us, a 30 minute story about Amin, a young illegal immigrant, and his experiences with the other men who are also trying to reach safety. There are seven trailers to watch: Neither Heaven Nor Earth, My King, Men Go to Battle, The Ardennes, The Quiet Earth, Schneider vs. Bax, Sea Fog. Lastly, you can read a paragraph about Film Movement for more information about the group. 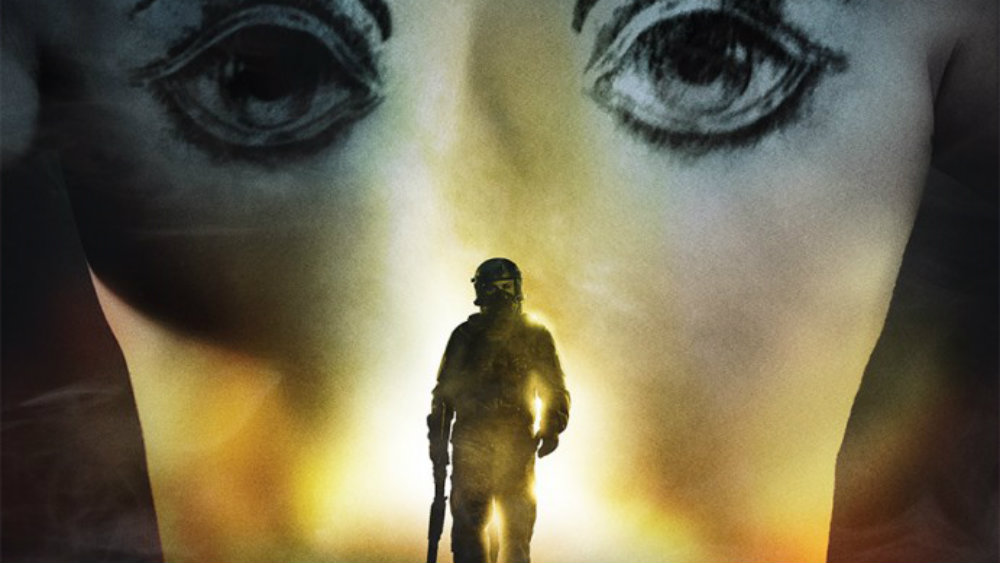 Recommended. For a foreign film about the complications of modern battle, check out A War, a film that is far superior to Neither Heaven Nor Earth and is telling a similar story, minus the supernatural element. It's that biblical/religious undertone that makes this movie unique, and credit should be given for an original story that was turned into a good movie. Problem is, there wasn't enough talent and/or experience to mold it into a great movie, more's the pity, because there is definitely a solid message here that deserves to be heard. The video and the audio were only OK, there are a few extras on the disc, but the technical aspects of the film can mostly be ignored. The film itself should not be, even though it is imperfect, so put it somewhere in the middle of your list and watch some day without very high expectations.