Perhaps his family is owed a few favors, because that's the only way I can understand how Brian Klugman gets so many celebrities to pop up in his indie films. He is the nephew of the late Jack Klugman (Odd Couple, Quincy), but the guy himself has absolutely nothing under his belt. In 2012 he writes and directors The Words, his first attempt at anything, and it bombs, but wow does it have star power: Bradley Cooper, Zoe Saldana, Dennis Quaid, Jeremy Irons, Olivia Wilde, Michael McKean, J.K. Simmons. How he got all those actors in his debut film is beyond me. And then he turns around, writes/directs/leads a new feature called Baby Baby Baby (terrible title), dumps a ton of celebrities into it, and creates a crappy movie yet again. Eventually, people will catch on, despite however he's been getting names to sign up for his pictures. 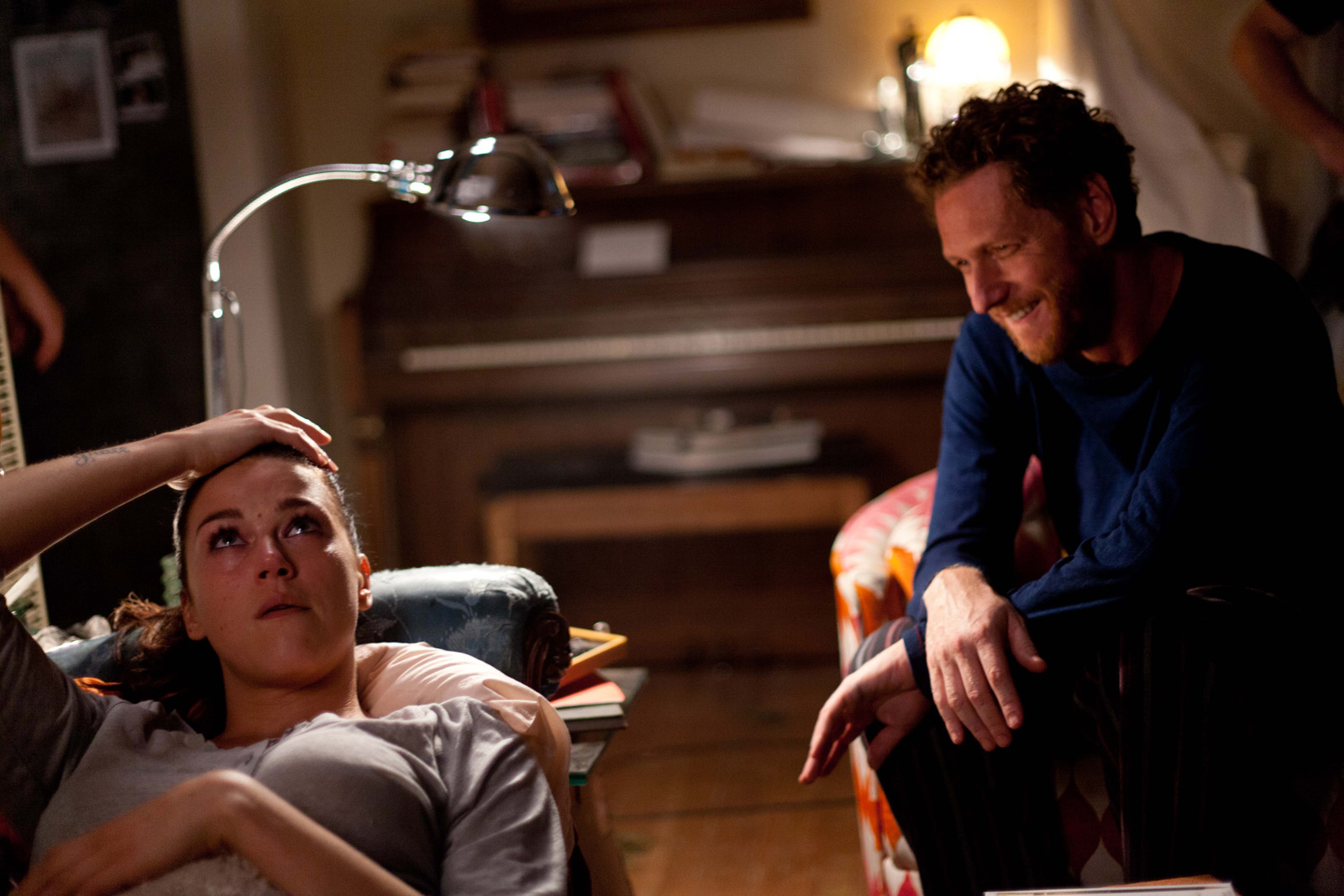 Sydney and Sunny, two Pennsylvania natives who find themselves in L.A. pursuing dead end art careers, begin a relationship based on the premise that two damaged adults can make love work if they are only willing to air out their dirty laundry, no matter how uncomfortable it might be. Sydney is an actor, mainly crappy commercials, but he also enjoys writing, often penning clever short stories about love and the oddity of imagined pairings. He is also a hopeless self-doubter, requiring constant attention and reassurance from his partner, as each small slight seems to turn him into an anxious, raging, sputtering asshole. He's a year removed from a hurtful breakup, but when he meets Sunny, he desperately wants to give happiness another chance.

She is a painter, although she mostly tends bar. Her dream is to show in art galleries some day, but until then she's got to make ends meet and live in her crack den bungalow. Sunny's major flaw is falling for the wrong guy, or perhaps always wanting what she can't have. She's extremely beautiful, loves movies quotes, and seems a great catch, but she still brings her fair share of baggage to the party. Our heroes date, fall in love, begin a life together, all the while trying to understand each other's faults and insecurities whenever they rear their ugly heads. But being a couple is tough, sometimes you learn things you'd rather you hadn't, and often you begin to drive each other crazy, relying on the love you once knew to carry you through the darkest times. 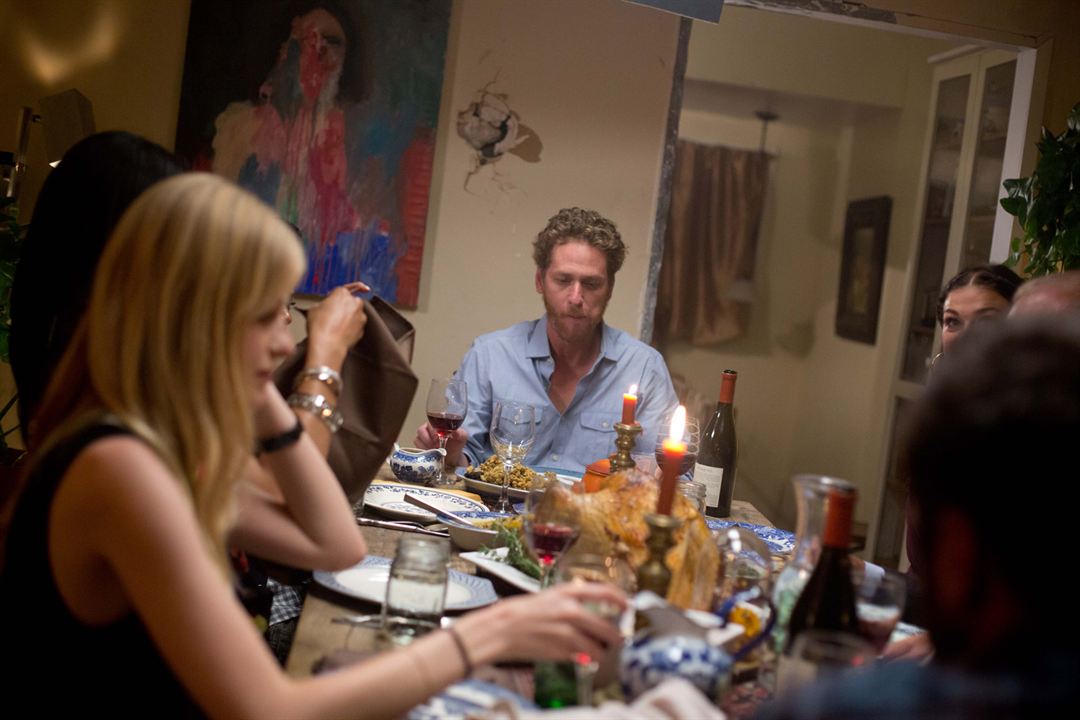 Cloris Leachman, William Shatner, Dennis Haysbert (the Allstate guy), Jonathan Silverman, Bradley Cooper, Jessica Alba, Jared Harris (that British guy), Kelsey Grammer; how Klugman got all these actors to be in his film is beyond me. Did he pay them, did they do it for fun, do they all know each other, what the heck is going on?! Needless to say, the moments the actual stars were in the film were the best moments, the only pieces that felt real. Which is ironic, because they only came in for these mini-stories that emerged from Syndey's imagination, popping up to make a point and to be funny, but having no impact on the plot. Those were the best scenes in the film, and really the only enjoyable pieces of the entire wacky puzzle.

Klugman is not a very good actor, and his writing is extremely predictable. I knew before the movie started that it would be one of those films that opens with a moaning sex scene played for comedic effect, and sure enough that's exactly what happened. This film is simply a rom/com masquerading as something else, as some indie project that we should take a lesson from, which seems laughable after having watched the movie. It didn't help that Palicki wasn't very good either; gorgeous of course, but not very talented, and the pair of them together had about as much chemistry as a turtle and a yard sign. Not much went right, there were a couple laughs, but in general Baby Baby Baby felt extremely amateur and like a giant waste of time. 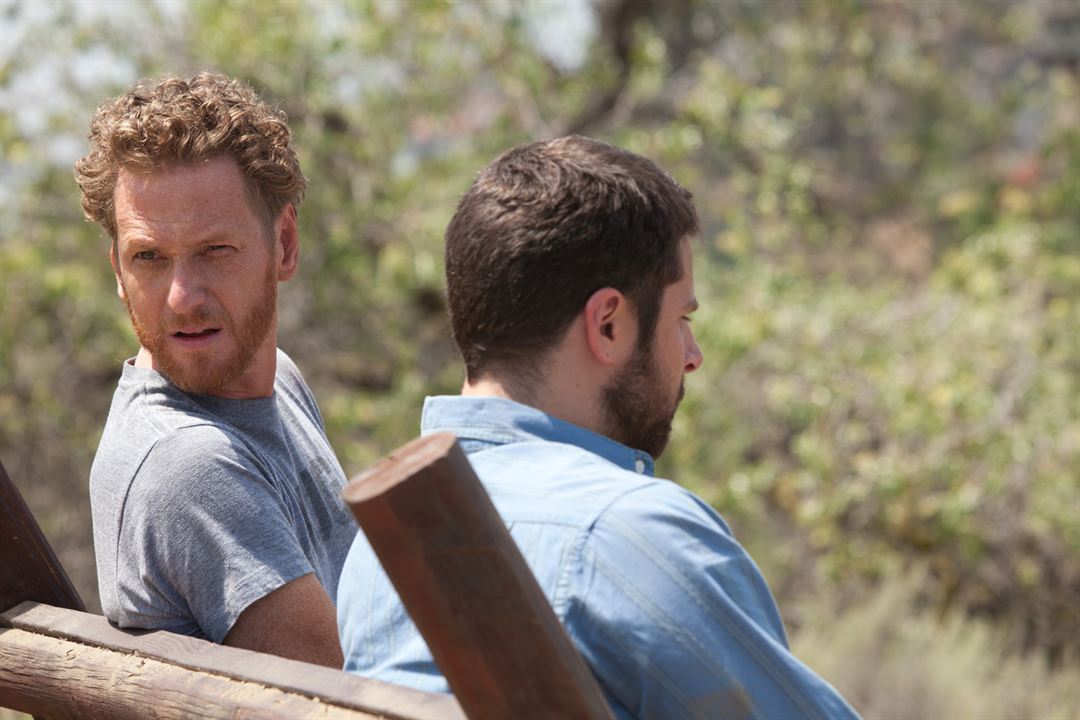 Video: With an aspect ratio of 1.85:1 and shot using an Arri Alexa camera, the video quality of the film is fine without being anything to write home about. The California sunshine aids in the enjoyment of the scenery, and the camerawork is adequate, but the visuals will not wow you.

Audio: The disc was done in English 5.1 Dolby Digital, with subtitle options of English, English SDH, Chinese Traditional, French, Korean, Portuguese, Spanish, and Thai. The audio quality of the film was forgettable, lacking even a strong soundtrack to keep your attention.

Extras: The only special features are four trailers: We Don't Belong Here, Lost and Found, Cross Wars, Spin Out. 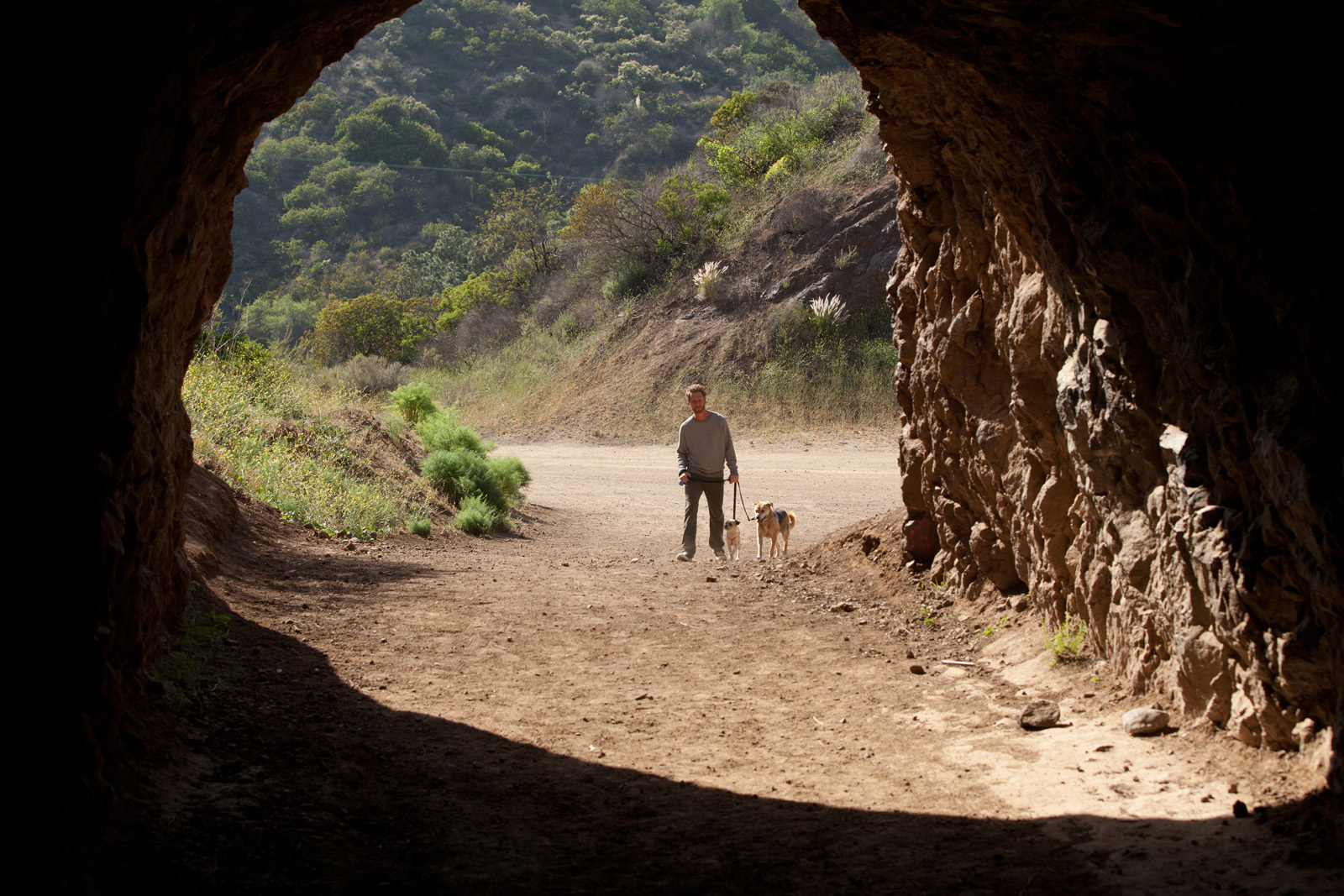 Rent It. I don't see this young writer/director/actor as having a real chance to make it big, despite the names he can apparently draw into his poor projects at will. Klugman isn't funny enough to craft a comedy nor talented enough to take a film onto his shoulders, leaving his movies in a mess. He chose a beautiful woman to star alongside him in this one, which seems a selfish decision, since she wasn't great, they didn't have chemistry, and it always came across as an awkward pairing. The video of the film isn't great, neither is the audio, and there aren't many special features, so the technical aspects won't win you over either. It's probably best to stay away from Baby Baby Baby, unless you're in a really forgiving mood.