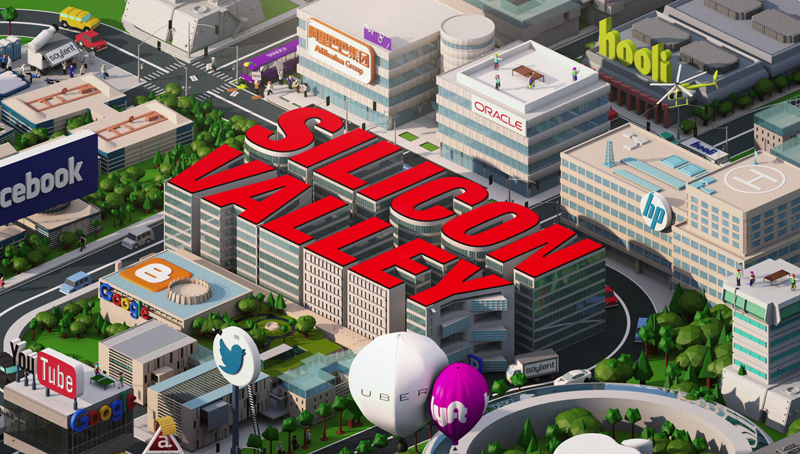 
The Story So Far...
Another in a long line of fantastic comedy series from HBO, Silicon Valley, created by workplace-comedy savant Mike Judge, follows the struggles and successes of computer engineer Richard Hendricks (Thomas Middleditch) and the small team at Pied Piper--a motley crew portrayed by Kumail Nanjiani, Martin Starr, T.J. Miller and Zach Woods--as they do battle with Gavin Belson and his behemoth corporation Hooli, and interact with the movers and shakers of Silicon Valley. The first two seasons were released for home video and DVDTalk has reviews of each season.

The Show
At the end of the second season, Richard's happiness over defeating Belson in court was short-lived, as he soon learned he was being fired as CEO of the company he founded. So in season three, the search is on for a new head of Pied Piper, much to Richard's chagrin. As leadership changes take shape, the team tries to move forward amidst the chaos, with shifting plans and the ever-present threat of Gavin Belson's Hooli machinations hanging over their heads. Naturally, things don't go very smoothly for Pied Piper--they never do--and the struggle to stay afloat appears likely to drag the company down the drain.

While outside forces are a constant problem for the Pied Piper team, including an excellent turn by Stephen Tobolowsky as a would-be chief executive, the real danger to the company's continued existence is Richard himself. His insecurity, anxiety and ego--all of which are perfectly portrayed in Middleditch's twitchy performance--lead him to make the wrong decisions and wrong moves at every turn, making Pied Piper's David an even less-likely victor over Belson's Goliath. That everyone he relies on (with the exception of his venture capitalist allies) is equally as inept at business and life in general does nothing to help him avoid his own shortcomings.

As funny as the show can be (something seen in smaller portions as the focus tightens on the story), the plot is the reason to keep watching, as the writers crafted an intriguing tale of corporate malfeasance and interpersonal strife. They've managed to translate a world that's very complex and technical into easily understood threads (however, as someone with a working knowledge of the industry, that may just be personal bias at work.) At the end of each episode, you're left wanting to know what new twist lies ahead for Richard and his group. 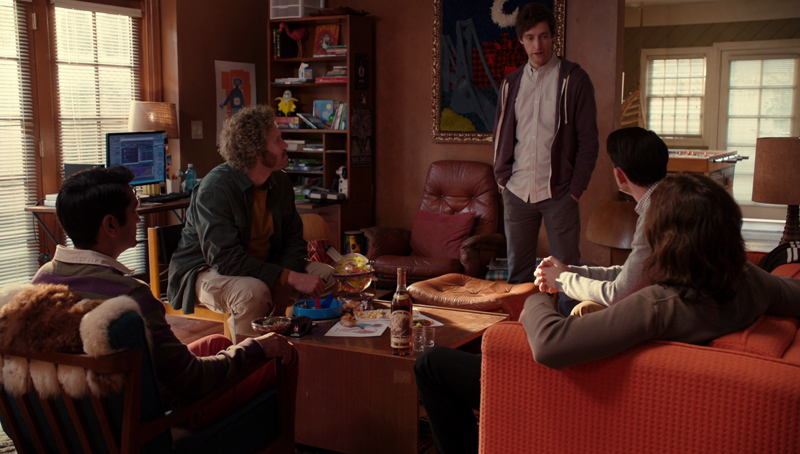 That's both a strength and a weakness, as the series has settled into an obvious rhythm. For every good thing that happens to Richard and Pied Piper, you know that something bad is right around the corner, and it will likely be followed by the end credits, leaving you hanging until the next show. And then, like clockwork, Belson and his company will screw something up and open a window of opportunity for Pied Piper to make a comeback. This will repeat several times until the season ends with a big win for the good guys, only to hit you with yet another twist setting up the next season. Silicon Valley is far from the only TV show to have a formula, but when a lot of what's made the show so enjoyable has been in the twists and turns of the plot, to expect what's coming tends to dull the impact.

Even if your guard is up about a change of fortune for the Pied Piper crew, the way things play out is still fun to watch, largely because of the outsized, near-cartoonish characters, who are played to precision by a masterful cast. Middleditch is undoubtedly the star of the show, his discomfort easily rubbing off on the viewer (at one point, a moment got so awkward I instinctively shut off my TV.) Nanjiani and Starr's friendly hatred hasn't worn out its welcome yet, likely because Starr's Guilfoyle is naked in his disgust for Nanjiani's Dinesh as a person, while Dinesh is too worthy of pity to not care about. Miller's obnoxious Bachman offers conflict in every scene as the one truly unlikeable member of the show's heroic core, while Wood's creepy Jared inches closer and closer to genuine psychopath territory. Even Big Head (Josh Brener), the drifting Chauncey Gardiner of the show, who continues to fail upward through the plotting of others and his proximity to greatness, gets back in the picture for a bit, after being relegated to the background for much of the previous season.

Thinking about how this season draws to an end, without spoiling anything, it feels a bit like the show could have come to an end after the last episode, and it would have been a relatively satisfying conclusion. Most of the big characters from the show's run to date made at least a cameo (where continued existence allowed), and all the major storylines received a rather tidy conclusion. Though the trailer for season four has hinted at what's to come, it'll be interesting to see if the show continues to cycle its win/loss rhythm or take the opportunity to reboot and try something a little different. Either way, with these characters and these performers, the show will likely remain must-watch TV. 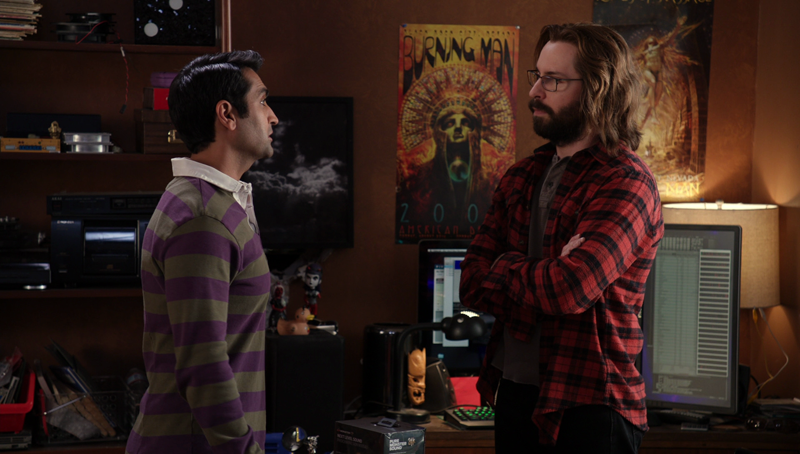 The Discs
The third season of Silicon Valley arrives on two Blu-ray discs, packed into a standard-width, dual-hubbed Blu-ray keepcase with a two-sided cover featuring an episode guide on the inside, which comes in a slipcover that repeats the cover art. Static menus offer a choice to select episodes, adjust the setup and check out the special features. Audio options include English 5.1 DTS-HD Master Audio, French 5.1 DTS Digital Surround and Spanish 2.0 DTS Digital Surround tracks, while subtitles are available in English SDH, French, Spanish, Danish, Swedish, Norwegian and Finnish.

The Quality
One of the things that helps build the look of the show is the high-end design of start-up firms, including a new location this season for Pied Piper, and the 1080p, AVC-encoded transfers on these episodes capture all the color and detail of those settings beautifully, while also handling the less picturesque locations--like the Bachman incubator--just as well. Darker scenes come off well, with good definition across the board, along with appropriate skintones and a sharp overall image. Digital distractions are not a concern.

The 5.1 DTS-HD Master Audio tracks remain mostly about keeping the dialogue crisp and well-separated, befitting a comedy like Silicon Valley, making itself most noticeable in crowd scenes (with solid support from the sides and rear in creating a full soundscape) and in the oft-present hip-hop tracks, where the low-end gets to flex its muscles. There are no negatives to make note of here, but it's not exactly a challenging presentation either.

Inside the package there's a code to download the entire season. 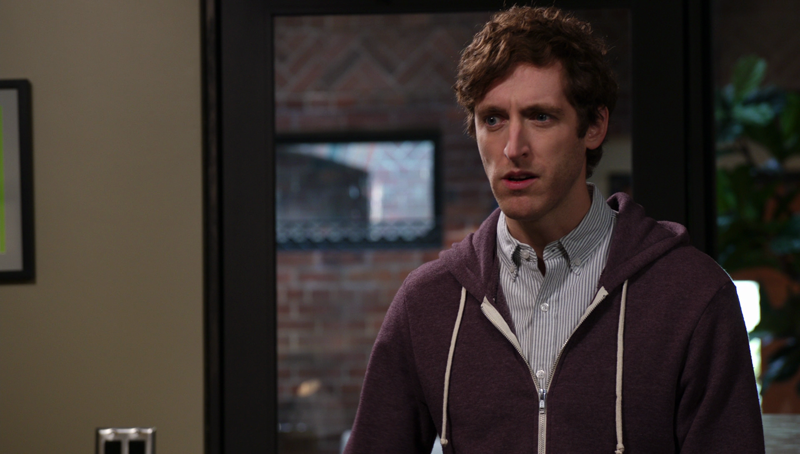 The Bottom Line
At this point, Silicon Valley has set into a predictable rhythm, building Richard and his crew up, only to knock them back down, before eventually giving them a big win for the season. But even if the general structure doesn't wholly surprise you, the show remains hugely entertaining, thanks to a fantastic cast, enjoyable characters and a storyline that's satisfyingly well-crafted within the framework of the show. The Blu-ray looks and sounds great (even if the show isn't hugely challenging on that front) but is a massive disappointment in terms of extras (particularly after the first two seasons' releases.) The season is certainly a must-watch for fans, but the release doesn't make much of an argument toward requiring a purchase.