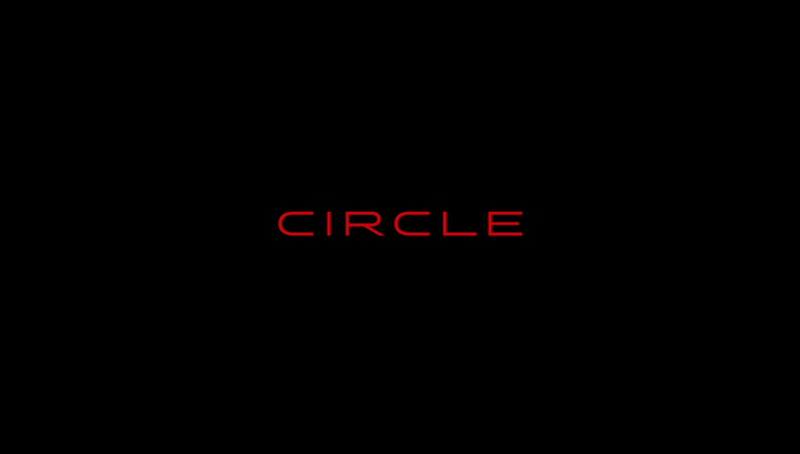 
The Movie
All due respect to the people involved in making Circle, but I hate this movie. That's not a judgement on the technical effort, which is solid. It has nothing to do with the performances, which are uniformly good. And it's not a problem with the story. The reason I came away from this film with a negative opinion about Circle is solely the ending, which has to be one of the most disappointing finales I can remember. After discussing the movie with friends, we brainstormed at least three ways the landing could have been stuck, which just makes the actual ending that much more regrettable.

The film opens with the entire cast--50 people strong--standing in a circle in a dark room, all asleep on their feet. Then they wake up, and notice they are standing on red dots, with an odd pattern on the floor. Suddenly, one by one, they begin to die, struck down by a mysterious ray from a black done in the middle of the room. After several more deaths, they come to the somewhat unbelievable realization that they are controlling who dies though silent, anonymous voting.

This begins the meat of the film, as those left plead, bargain and reason their way through each vote, with the hope of surviving this inexplicable ordeal. Through these discussions, a variety of social issues are touched upon, including ageism, race and economic class, placing the film in sci-fi's rich tradition of addressing society's hot-button topics. Though it does so without subtlety, it's not entirely forced, by virtue of the situation there characters are in (though the diversity of the cast verges on comical, with every age, sex and creed represented. 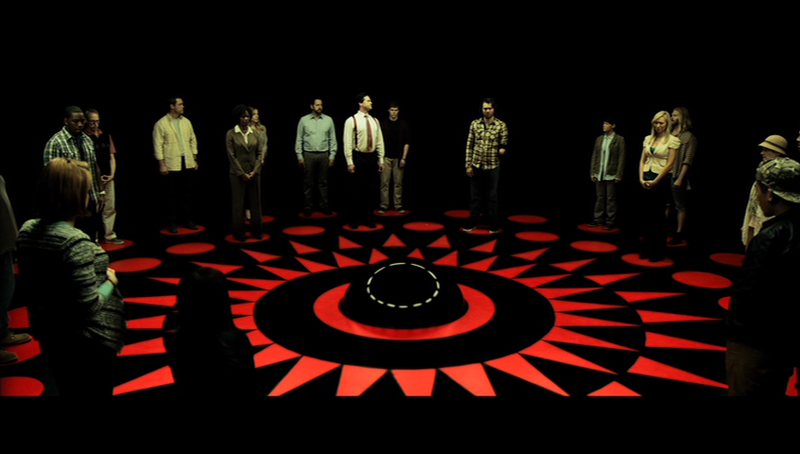 Impressively, this indie production managed to fill its massive cast with quality performers across the board, highlighted by its one recognisable name actor in Julie Benz. No one is giving a "friend of the filmmaker" performance, and several are quite good, making a number of sequences genuinely attention-grabbing. The acting is matched by a skilled production, which makes the most of a very limited setting and prevents a film that features a group of people standing in a dark room from becoming boring. If anything, the film's 90 minutes fly by.

But then, we reach the conclusion, and...that's it. Admittedly, the group explains amongst itself what happened (as unsatisfying a way of delivering exposition as any) and there's an interesting twist you may note see coming, but there has to be a better way to end the film than the pointless finish presented here. Sure, it's good that you care about the characters enough to want a satisfying climax, but if you've come that far and wind up feeling cheated, the whole thing feels like a waste of time, and all that promise is squandered. 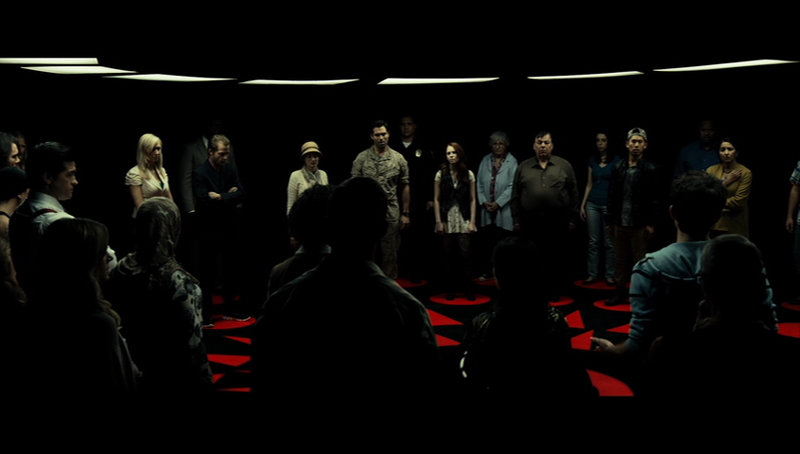 The Disc
Circle arrives on one DVD, packed in a standard keepcase. The disc has an animated, anamorphic widescreen menu with options to watch the film, select scenes, adjust audio and check out the extras. Audio options include Dolby Digital 5.1 and 2.0 English tracks, but there are no subtitles.

The Quality
Allowing for the limitations of SD, the anamorphic widescreen transfer here is still less than impressive, marred by some artifacting that's noticeable in a number of scenes Otherwise, the level of fine detail is fine, and the color palette, which is subdued, with a cold feel over it, is consistently applied. Black levels, a key element of the film, are solid though.

The Dolby Digital 5.1 track is a great enhancement to the film, as sound plays a huge role in the feel of the movie, and the heavy bass is important to that. Dialogue, heard mainly in the front, is clear and crisp, while the surrounds help boost the music, while hosting some spillover on voices. With the contained nature of the film, there's not a great deal of room for sound to travel, but the mix works well.

The Extras
The key extra is an audio commentary by writer/director Mario Miscione and producer and actor Michael Nardelli. They chat a great deal about alternative ideas that were discussed, influences like The Twilight Zone and the various issues raised in the movie, along with a healthy dose of trivia from the set. They obviously had a lot of info to share and don't get too bogged down, with no dead air to be noted. They also throw in a few tips for filmmakers getting started.

An 8:41 "Behind the Scenes" featurette discusses the film's influences again, both in terms of the storylines and the visuals, through interviews with the crew and on-set footage. Getting to see the set from the production side is a nice addition to the info the commentary also touches on.

The extras wrap up with an effective 2:13 trailer. 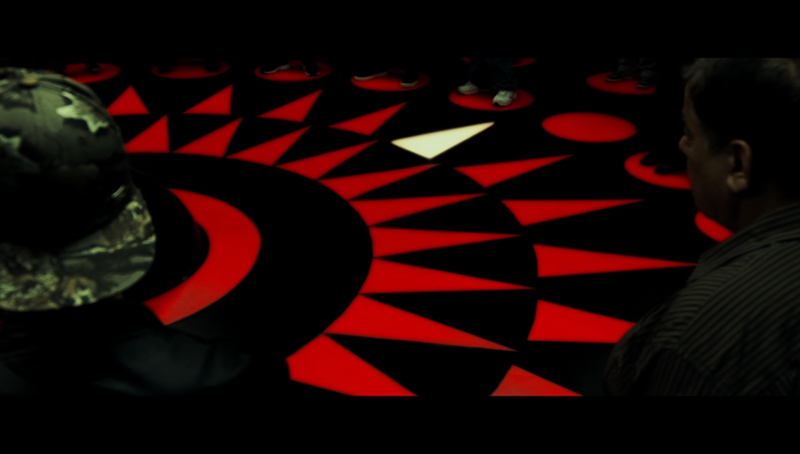 The Bottom Line
For most of its runtime, Circle is a well-made and effective sci-fi film, but the home stretch sees it take a tumble, forcing it to limp over the finish line. It's a real shame, considering how good the rest of it is, turning it into a reverse of films that rely on a twist to be worth a damn at all. The presentation of the disc is solid though and there are a few worthwhile extras, so if you're willing to take a gamble on being disappointed at the end, Circle is worth a look. Francis Rizzo III is a native Long Islander, where he works in academia. In his spare time, he enjoys watching hockey, writing and spending time with his wife, daughter and puppy.Follow him on Twitter