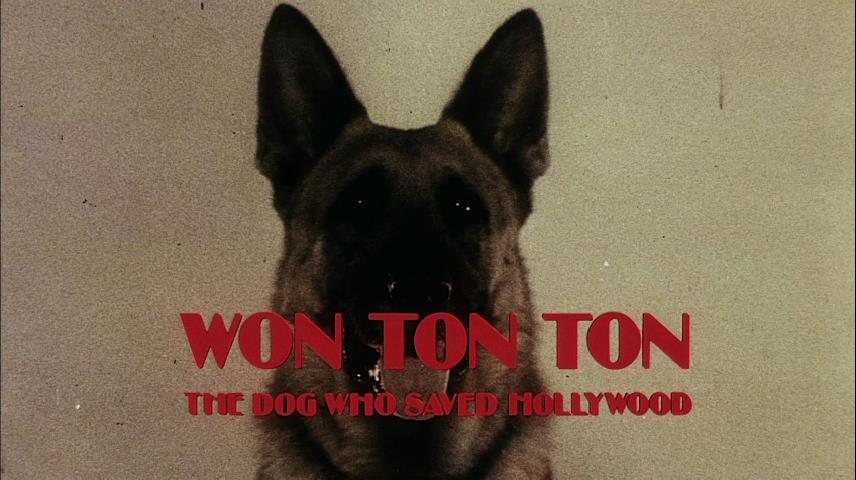 After 1974's violent and controversial Death Wish, director Michael Winner took on much lighter fare the following year with Won Ton Ton, The Dog Who Saved Hollywood. One of many films made in the 1970s paying homage to the 1920s, it's an affectionate though rather disjointed tribute to the silent film era that features appearances from many screen legends, the last screen appearance for many of them. They're all listed in the opening credits prompting a game of spotting them during the movie, just a handful of them include the Ritz Brothers, Morey Amsterdam and Peter Lawford- listing all of them would take up this entire review and some of these appearances are obvious while others are blink-and-you'll-miss-them.

The film begins in present-day (1975) in front of the Chinese Theater in Hollywood, where a tour guide points out a set of paw prints amongst the famous footprints there. (They're dated 1923, never mind that the theater didn't open until 1927.) From there we flash back to the story (and a nit-pick I have is that the narrative never shifts back to this present-day setup.) A German shepherd is at the dog pound about to be put to death, but manages to break free onto the streets of Hollywood where he soon runs into ditzy aspiring actress Estie Del Ruth (Madeline Kahn). Meanwhile Grayson Potchuck (Bruce Dern), a Hollywood tour guide is also an aspiring director working as an assistant to the head of struggling New Era Studios, J. J. Fromberg (Art Carney) who's quite hot-headed and quick to fire anyone responsible for movies that flop. A running gag has Potchuck pitching movie ideas to Fromberg that ended up becoming actual movies in the 1970s- the first suggestion is "a giant shark terrorizes a small New England town" to which Fromberg replies "That's the worst idea I've ever heard in my entire life!" 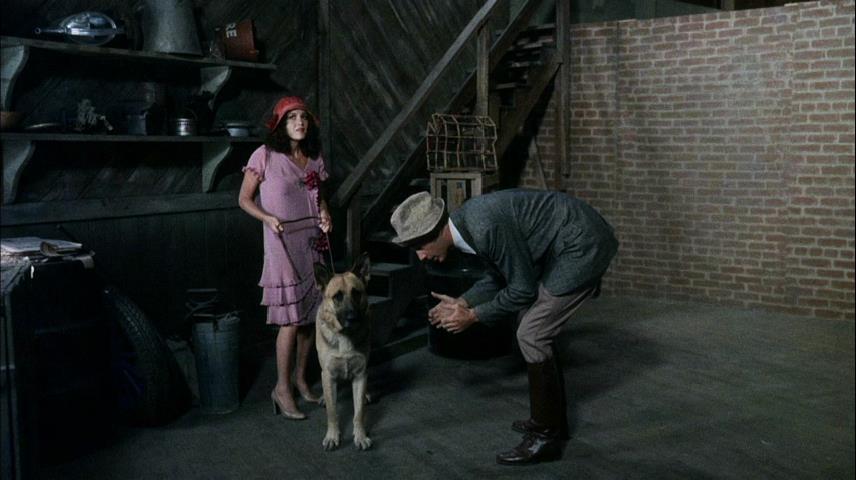 Fate brings Won Ton Ton to stardom after he crashes the studio to defend Estie from being taken advantage of while trying to get a part in a film. Fromberg is impressed with the dog and decides to feature him in a movie. Potchuck quickly makes up a story of him happening to be a dog trainer and Won Ton Ton being his, left to him by a "Chinaman" who gave him his name. It's soon discovered that Estie is the only human who the dog will really listen to, so in order to advance his career Potchuck promises to make her a star if she'll also help make the dog one as well. Potchuck ends up getting to direct an action movie where the dog is the hero, and it becomes an overnight success.

So far so good, but this is where the movie starts to fall apart. While Won Ton Ton becomes the first canine movie star, it's not good enough for him to stay on top. A snag develops after Fromberg decides he doesn't want Estie on the movie sets anymore, and so she has to disguise herself and coach the dog from a distance in order for him to keep performing the way they want him to. Real problems develop when top actor Rudy Montague (Ron Liebman) is introduced. A closeted cross-dresser (in one scene he dresses up as a woman to see one of his own movies at a theater), he inexplicably becomes jealous of Won Ton Ton trying to upstage him. The two of them end up in a movie together which ends up a massive failure as the audience walks out of a premiere screening, leading to everyone losing their jobs and the story getting very ridiculous. By the movie's end it seems like the cast and crew made up a few things as they went along, and left out a few important details that might have had it making more sense than it does (the dog even disappears from the story for a bit). Even the title is quite nonsensical, as Hollywood isn't really "saved" by anything that happens nor does it really need to be.

Still, this is one of those movies that can be seen for what it is, and the passage of time works in its favor as well. It seems that the main point of the movie was to pay homage to the Hollywood of the 1920s with slapstick comedies being all the rage, as well as gather a large number of screen veterans for an encore appearance before fading from public view. 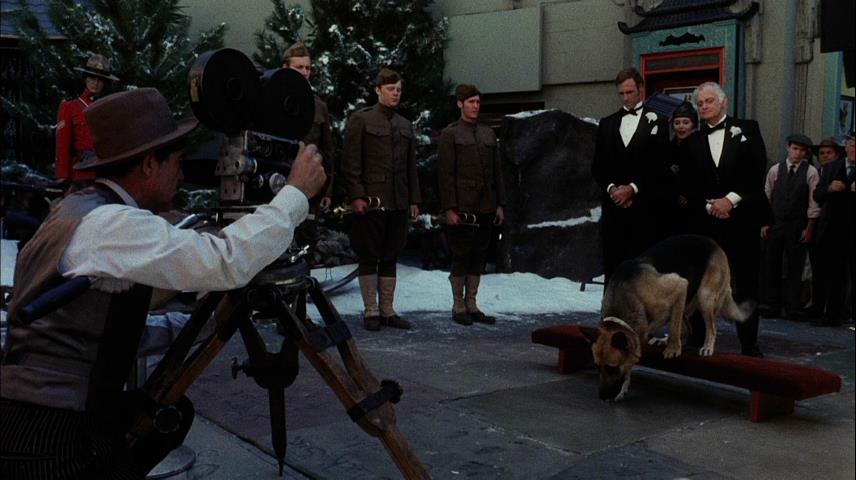 This hi-def transfer is in a full 16x9 ratio, sporting a brownish tint (perhaps gold was more the intention) that helps make the setting of fifty years prior believable. Film elements are very clean and the transfer is sharp with film grain left untouched, looking unspectacular but nonetheless how the movie was intended.

The mono sound mix is presented in 2-channel DTS Master Audio and stays properly centered. Overall quality is nothing special, about on par with your average optical film sound track. Hearing-impaired subtitles are included. 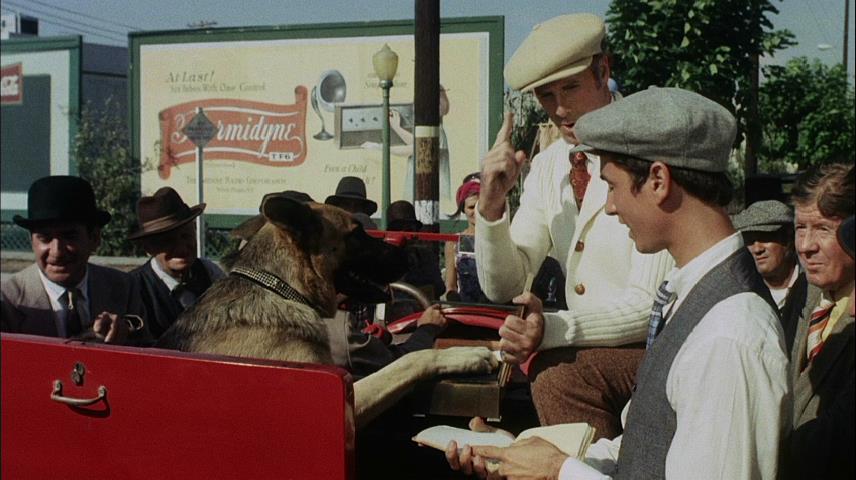 Won Ton Ton is a mess of a film, but I still have to give this a Recommended for the numerous legendary film stars who appear in it as well as its attempt to recreate the era of the 1920s in Hollywood. It won't have you laughing out loud, but will leave you with a smile on your face by the end.