The subject of "troubled youth" in Night Has Settled interested me, as most of my teenage years were rather boring and I now think of both the good and bad points of not having been more adventurous then. A review quoted on the DVD's back cover compares it to the films of Larry Clark (best known for 1995's controversial Kids), which is a somewhat fair comparison though this film from Steve Clark (no relation) doesn't seem intended to shock audiences as much. 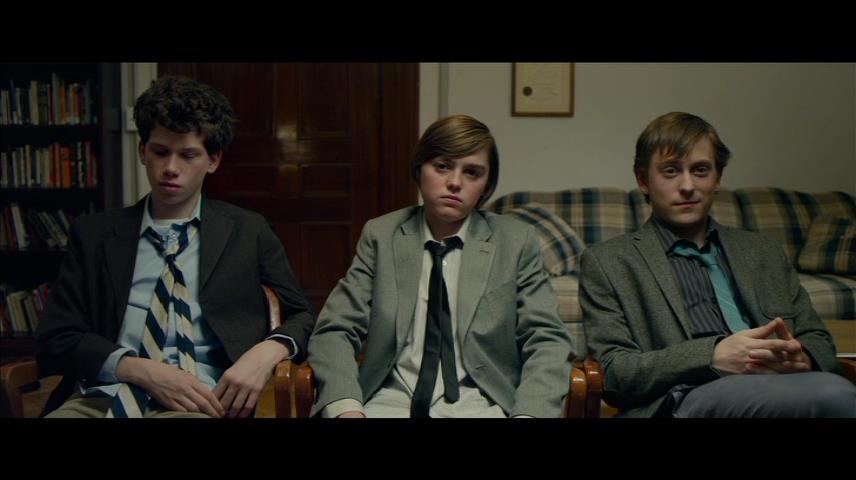 Our main character is 13 year old Oliver (Spencer List), who first appears innocent and childlike. He lives in a rather nice New York apartment with his free-spirited mother Luna (Pilar Lopez de Ayala) and older sister Adriana (Courtney Baxter), along with the elderly Aida (Adriana Barraza) who has been a live-in nanny Oliver's entire life and more of a mother to him than his real mother. Oliver's true colors begin to show as soon as he leaves for school (appearing to be an all-boys private school where students are required to wear suits) and meets his friends Nick (Tommy Nelson) and Val (Eric Nelsen), where his innocent laughing turns to foul language and the three of them are quickly busted for disrupting class. After school they harass a local store owner while stealing things, and hang out smoking and talking openly about sex. Later the permissiveness of Oliver's mother becomes obvious as she's perfectly fine with seeing a girl come over to make out with him, as well as him smoking cigarettes in her presence. It turns out that Oliver is far more concerned with Aida catching him smoking than his own mother, and when she finally does and scolds him for it he is far more regretful to her than he was to his mom.

It's a bit difficult to decide if the intent of the movie is to show the kids as "troubled", as Oliver especially seems like a "good kid" for the most part with just a few indiscretions. The turning point where Oliver's sanity is brought into question is when Aida has a stroke and is sent to the hospital. This is devastating to Oliver being that she's like a mother to him, and he gets a bit further out of control as he first tries some cocaine (resulting in the camera not staying as well-focused on him as before, suggesting that he's coming unglued) and drunkenly confronts passers-by in the street. Meanwhile his real mother seems a bit oblivious to all of this, while his sister becomes increasingly resentful of Oliver being the "favored" one and wants to move in with her divorced father instead. Like Kids there are many interesting characters but we don't know the whole story behind most of them, and issues that they have remain unresolved by the end. Oliver's friend Val could have easily been the center character of the movie instead, with his fixation on drawing a fictional character and abusive treatment by his older brother.

A title card tells us that this movie takes place in 1983, but aside from the absence of cellphones and other modern innovations that have undoubtedly changed teenage life since then, there doesn't seem to be much reason for this. As I often overanalyze the small details in movies like this, I caught more than just a few things that didn't exist in 1983 such as newer Coke logos in the store- the only real nod towards authenticity to the time period is a glimpse of a "Crazy Eddie" TV commercial which was ubiquitous on New York TV back then. Despite the minor flaws however, Night Has Settled works mainly from being a small film with performances that seem authentic and improvised rather than over-written and staged, much in the way Kids also plays out. 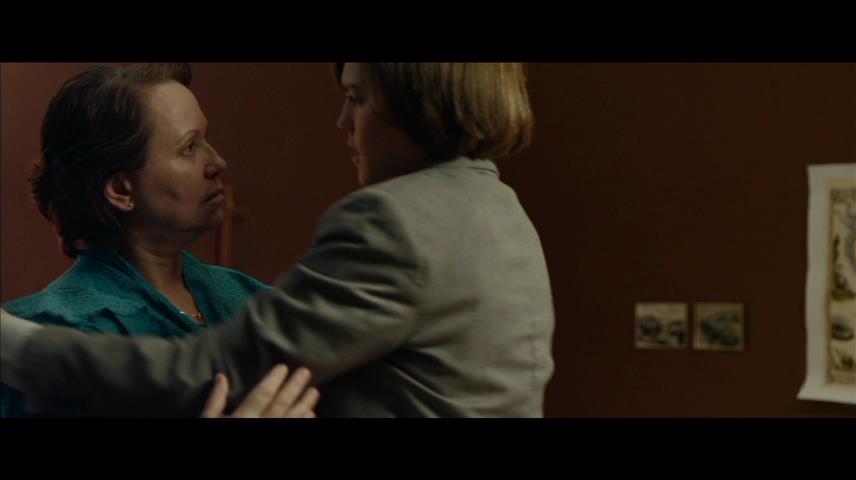 Shot digitally in 2.35, the picture is about as good as can be expected from standard DVD, with some slight compression artifacts and banding present. Obviously a Blu-Ray disc would have been preferable, but it's still watchable for the most part. As done with film, the digital photography here often changes its focus and color scheme depending on the mood of the scene, with impressively bright colors in some moments with drab ones in others.

The DVD includes two Dolby Digital tracks: the first is a 2-channel mix that serves the material well with centered dialogue and separated ambient sounds and music. The second track is a 5.1 mix but seems to have been botched on this DVD, as the center channel sound is reproduced in both surround channels- meaning that ALL of the dialogue is heard from both the center and the rear speakers (with EX decoding, I could only hear sound through the rear-surround speakers and no sound at all through the sides.) This likely wasn't intentional, and one time when you will probably want to stick with the 2-channel track instead.

The DVD includes standard closed captions, which thankfully newer players are now including internal decoders for.

No extras related to the movie are included, which is a shame as it certainly leaves you wanting to know more about what the filmmakers' intentions were. The disc does open with trailers for Sucker, Amorous and Nights With Theodore. 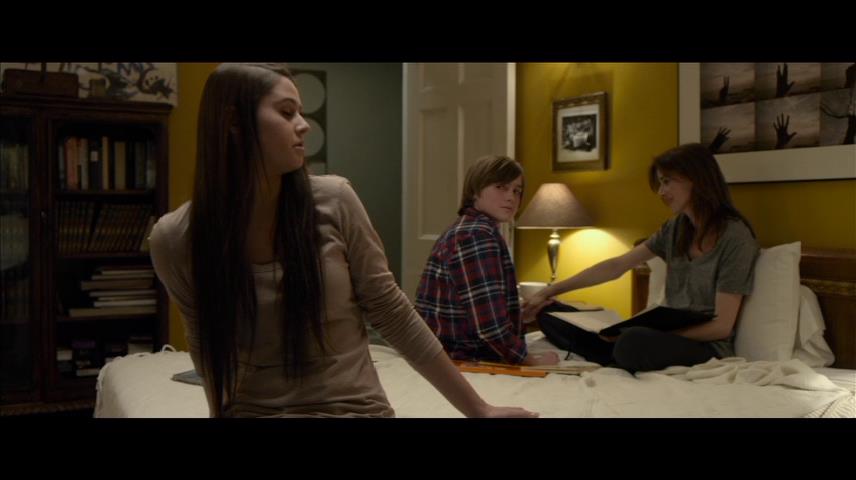 While Night Has Fallen has its flaws, they're easily overlookable in this case mainly because of the engaging performances by the young cast whose hopeful further projects will be interesting to see. It's one of those movies that is simply entertaining to watch and not worry so much about where it's going.