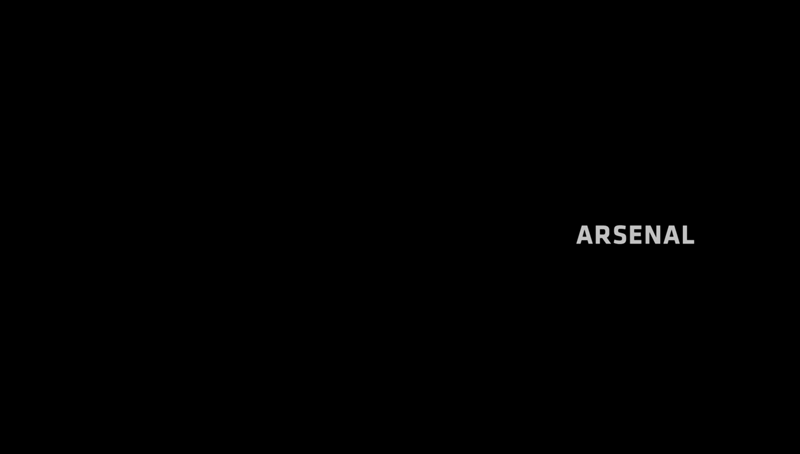 
The Movie
Before watching Arsenal, I had no knowledge of Steven C. Miller, a prolific director capable of cranking out low-budget, direct-to-video action films, which somehow draw impressive actors like flies. It's the cast he's been able to pull that drew attention to Arsenal, as it stars Entourage's Adrian Grenier, John Cusack and Nicolas Cage--as well as the somehow below-the-line lead Jonathon Schaech (That Thing You Do!, Welcome to Woop Woop). So obviously, Miller knows what he's doing and playing to his strengths in crafting his career path, even if it hasn't brought him tremendous acclaim as of yet (though his upcoming sequel to Escape Plan, with Dave Bautista and Sylvester Stallone, could help in that regard.)

With his latest outing, Miller (working off a script from first-timer Jason Mosberg), tells the tale of two hardscrabble Missouri brothers, JP (Grenier) and Mikey (Schaech). Despite a rough upbringing, JP has worked his way to being in charge of his own construction company, with a wife and a new baby. Mikey, on the other hand, has a criminal recording, no job opportunities, an ex-wife and a trashy teen daughter. As things tend to happen when family and money are involved, a loan of $10,000 from JP to Mikey leads to big trouble, and gets JP involved with Eddie King, the local drug kingpin. But when JP's family is threatened, he goes on the offensive, aided by his cop friend Sal (Cusack). 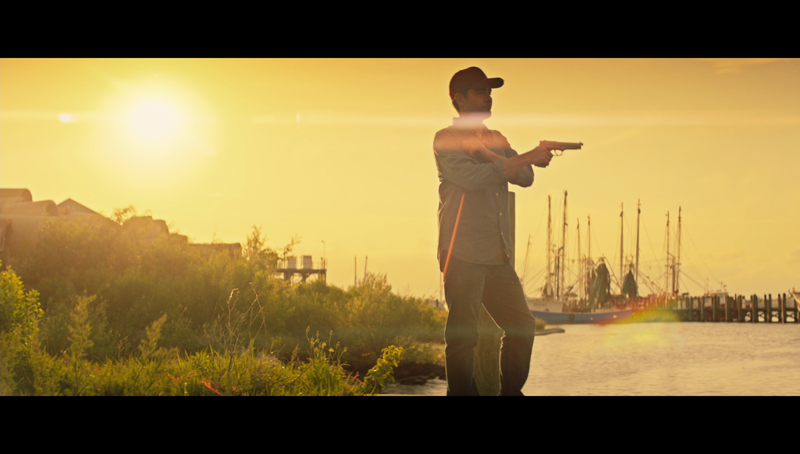 There's a decent, if not wholly original story here, of two brothers who share a bond but are separated by circumstances, however the film struggles to build that tale, or any real momentum for that matter. Starting off with the pair as kids--establishing their tough origins and connection--before jumping ahead by decades, the movie unfolds in bits and pieces that feel disconnected, with little outbursts of conflict and violence, as if it doesn't trust the audience to pay attention for very long without a punch being thrown. It also lacks a sense of place and tone that would inform the story or atmosphere. Though it's set in Missouri (and was originally titled Southern Fury) no one has any real noticeable accent, nor is southern culture a big part of the movie (other than a few mentions of them being in "the swamp".) Until I saw the word Biloxi on a shirt and looked up the name of the baseball stadium the characters visit, the film could have taken place just about anywhere, (Boston?) which doesn't help define what it's all about.

Despite struggling on the story side of things, this is a film that's well-made all-around, from the technical elements (this is a really good-looking film with great production value) to the performances. Grenier is a solid lead actor as a good guy pushed too far by both his brother and the situation he finds himself in, while Schaech is excellent as the ne'er do well sibling, walking the line between dirtbag and down on his luck. Both men are more than capable of serving as believable action heroes, as seen in several fight scenes, though it would have been nice if the film had better established why these guys are so capable (other than what seemed like one throwaway line). In a much smaller role, Cusack does his thing as the all-black-wearing goth/gangsta cop, though his presence wasn't necessarily important to the film.

Let's be realistic though: with all due respect to Grenier and Schaech and of course Cusack, the reason you might check out Arsenal is because you saw that it features Nicolas Cage, in what looks to be his The Nice Guys cosplay outfit. As the brutal Eddie, Cage delivers yet another of his bizarrely intriguing performances, mainly thanks to facial appliances and a decision to deliver the majority of his dialogue through clenched teeth, in what may have been either a bet to see if he could move his lips as little as possible over the course of a film or preparation for an upcoming role as a ventriloquist. Though it won't go into the books alongside Cage's most unhinged performances (heights that are not easily reached) his performance as Eddie is memorable, if only because of how horrifically violent his character can be--and an extended monologue that's something else.

The violence in the film makes it stand out against other similar brothers-and-betrayal films full of flying bullets and tough-guy glowering. Blending extreme slow-motion with gospel music creates a unique, if heavy-handed take in some truly brutal scenes, as blood flies in purposeful, graceful arcs and bullets take their time as they criss-cross mid-air and rend flesh and bone. Like almost any use of slow-motion and slow instrumentals in action films since America discovered John Woo, this verges on parody, especially with the extreme rate at which the action is slowed down. Miller and his team display definite skill and talent in staging the moments, but their effect on the film is questionable outside of a "isn't that cool" factor. 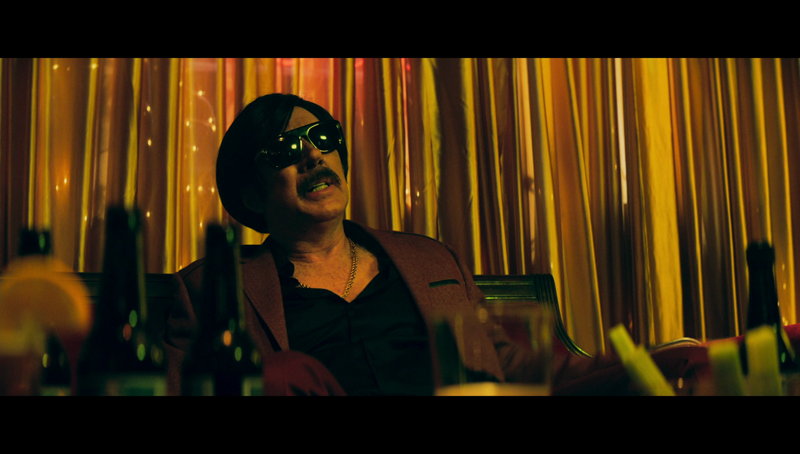 The Disc
Arsenal arrives on one-disc, packed in a standard-width keepcase. The disc has an animated menu with options to watch the film, select scenes and check out the extras and adjust the languages. There are no audio options, but subtitles are available in English, English SDH and Spanish.

The Quality
The 1080p, AVC-encoded 2.40:1 transfer on this disc gives an excellent presentation to Arsenal's visuals, as fine detail is high (all the better to see all that slow-mo gore) and color is rich and well-saturated, which lets the film's range of palettes shine, be it the warmth of a brotherly baseball diamond scene or the cold of a neon-lit strip-club parking lot. Black levels are solid (even if some scenes lack the lighting to give effective detail) which helps, as many key scenes take place in darker environments. Digital distractions were not evident.

The DTS-HD Master Audio 5.1 track does a nice job with the film's surround elements, with the usual suspects being the key drivers, be it the sounds of a summer baseball stadium or the ringing shots of a gunfight. Music gets a boost in the sides and rear also, filling out the space nicely, while the dialogue resides mainly front and center, experience no issues with distortion.

The Extras
Miller and Schaech sit down to do a commentary, which is a rather friendly chat, due to the pair's established working experience. They have plenty of info to share about the film, from the pre-production to elements like music and shooting style, as well as the film's name change. If you enjoy the film, it's worth a listen to this track, which mixes anecdotes with more detailed info.

"Building an Arsenal" is a 9:47 promotional featurette that combines on-set footage with interviews of the core cast (sans Cusack and Cage) and crew. The main focus is on what it was like to work with the cast and crew, as well as the experience of the accelerated 13-day production schedule.

The longer interviews that were edited into the featurette are available to watch, as they touch on the plot and the production team, while DP Brandon Cox goes into detail on his lighting process and the visual influences on the film.

The film's trailer (2:05) does a nice job of selling the drama and action.

In the case, you'll find a code for a digital copy of the film. 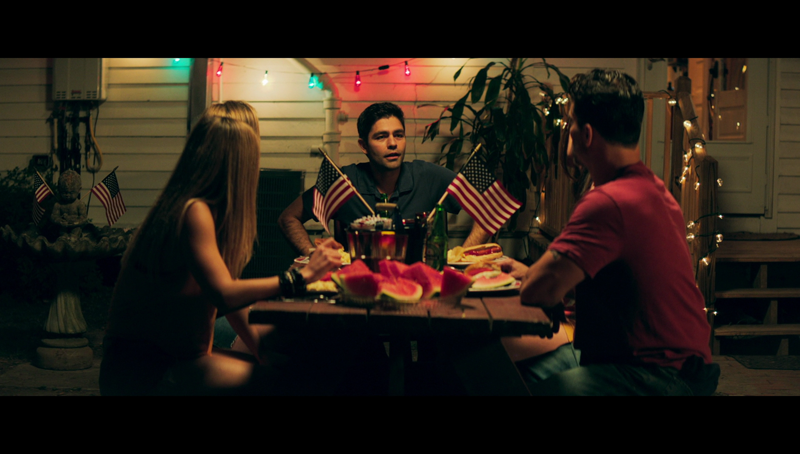 The Bottom Line
Arsenal is definitely not the kind of film I'm looking to watch, but even so, it kept my attention thanks to Grenier and Schaech, and of course Cage. So for those in the DTV action camp, you'll likely find it up your alley, and for them, there's a solid presentation and a good amount of extras to check out. Though it's not everyone's cup of tea, for the audience looking for crazy Nic Cage and criminal violence delivered stylishly, it's going to be an entertaining watch. Francis Rizzo III is a native Long Islander, where he works in academia. In his spare time, he enjoys watching hockey, writing and spending time with his wife, daughter and puppy.Follow him on Twitter