Another movie that could only have been made in the early 1970s finds its way onto Blu-Ray, Little Fauss and Big Halsy released in 1970 on the heels of 1969's Easy Rider. This time the motorcycle focus is more for sport than simply free-wheeling across the country. Robert Redford (in a role he wasn't too fond of later on) is motorcycle racer Halsy Knox, and spends most of his time womanizing and drinking when he's not on the tracks. Unfortunately he gets cut from the pro racing circuit for "boozing it up in the pits." He soon meets dim-witted mechanic and aspiring racer Little Fauss (Michael J. Pollard), who's usually just called "Little". It's not too clear what his deal is, but he seems a bit mentally impaired, doesn't have any friends and still lives with his parents (Noah Beery and Lucille Benson) who are a bit protective of him. 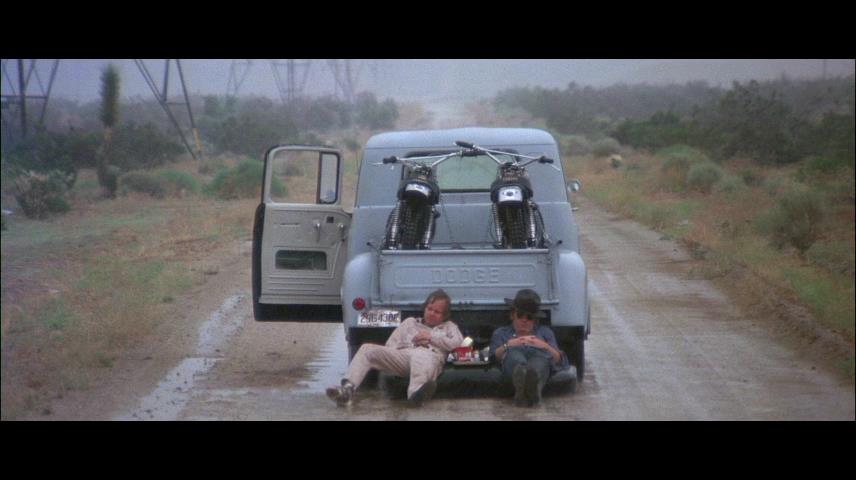 Halsy comes up with a plan to get himself back into racing as Little does some work for him- they head off to another state where they aren't known, and Halsy will race under Fauss's name. With no internet searches and such around at the time, that proves rather easy to do. Although Halsy doesn't win any races he still picks up plenty of women afterwards which Fauss envies. But then in a scene that could only be shot in a movie of this era, a woman ends up running from somewhere in the desert completely naked and takes shelter in their parked truck during one race. She turns out to be quasi-hippie Rita Nebraska (Lauren Hutton), and ends up traveling with the guys after they give her a lift and some clothes. Naturally she's attracted to Halsy who of course expects her to be, but Little gets increasingly jealous at this point.

Redford wasn't fond of this movie in hindsight because his character was such a dirtbag, basically using everyone he runs into to get what he wants and then casting them aside. Pollard seems to have made a career of playing dimwits (his most memorable role to me was in the delightfully sick B-horror film American Gothic where he played an overgrown child) but by the midpoint we see him wise up and try to take charge of things. Overall the movie has a rather loose narrative, with many scenes and conversations that don't really advance the story but just show who the two main characters are. A lot of the dialogue is quite incoherent as well- this was another case where watching the movie a second time with subtitles on clarified a lot of things. The whole racing switcheroo thing wasn't even obvious to me the first time, as it's sort of just mentioned in passing early on. Overall reviews from its release didn't give this movie too much praise, but now it's yet another film that's worth watching just to look back on its time period. 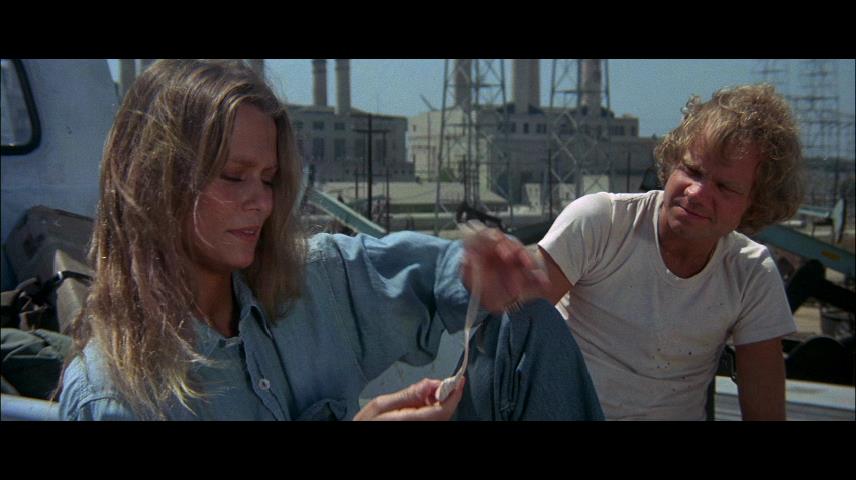 Little Fauss hasn't been released on any home video format in the US prior to this, but I do remember seeing at least part of it on late-night TV shown from a typical grainy and cropped 16mm print. The hi-def transfer here is immaculate though- as expected it's in its full 2.35 ratio but also very clean with no scratches and very little dirt, and appears to be the way it's supposed to look as opposed to being cleaned up excessively. It almost makes it worth not having to suffer through a panned and scanned VHS copy in the years prior to see it look this good now. Redford wears sunglasses through most of the movie which reflect a lot of camera equipment and crew members, something I can't help but always look for.

The mono audio track is encoded here in 2-channel DTS Master Audio and stays properly centered. The quality is about standard for this type of movie, nothing noteworthy but still very clean with no noise and little distortion. I remembered the theme song from the TV airing and was surprised to see it was performed by Johnny Cash, who contributes several songs to the movie. The movie cliché of having the movie's title sung over a few scenes is included here.

Hearing impaired subtitles are included which show most of the song lyrics, and as said before they help with a lot of the odd and unintelligible dialogue. 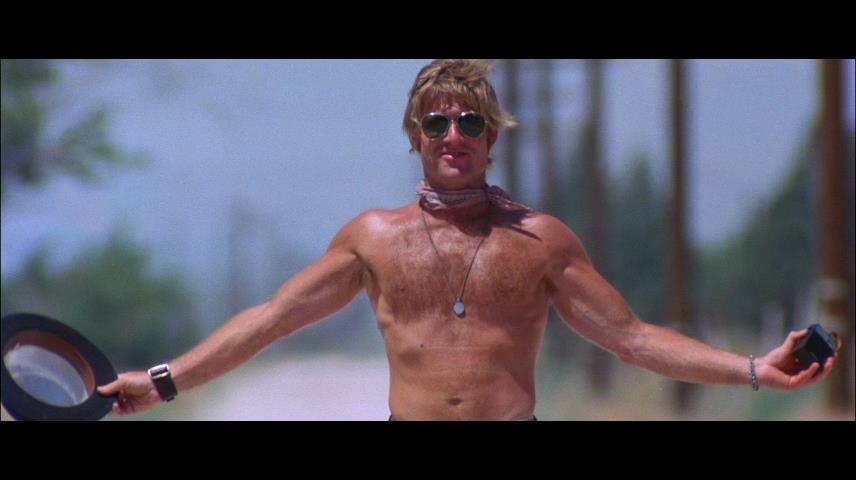 Robert Redford's presence elevates Little Fauss over other biker drive-in fare of this era. While not a great film in its own right, it's well worth seeing for fans of this genre and its prior absence from home video also makes this a noteworthy release.