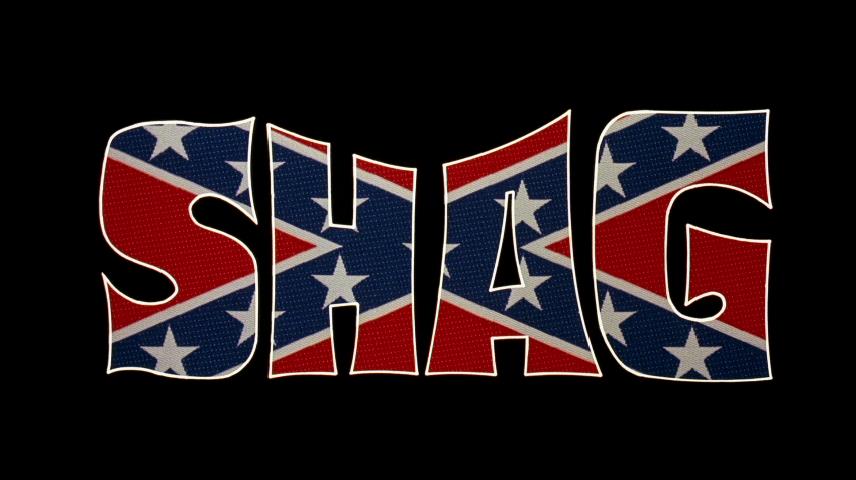 One of the few movies released during summer 1989 that I never got around to seeing, and a DVD that's commanded rather high prices since going out of print, has now found its way onto Blu-Ray courtesy of Olive Films. Set during the summer of 1963 (which strangely enough was more recent during this movie's theatrical release than 1989 is from now!) it's essentially a nostalgia piece released on the heels of Dirty Dancing and Hairspray, with its level of sanity between the two of those.

Rich girl Luanne's (Page Hannah) senator father owns a second house in Myrtle Beach, South Carolina that is hardly used so she plans a getaway for her recent high school grad friends Carson (Phoebe Cates), Melania (Bridget Fonda) and Pudge (Annabeth Gish), named as such because she was the fat girl in school but has lost weight since then. With their families all being prim-and-proper Southerners, the girls tell their parents that they're going on an historic tour of Fort Sumter rather than a wild getaway by the beach. This is their way of putting their high school days to rest before taking on more responsibility, with most going to college and Carson set to marry her boyfriend Harley (Tyrone Power Jr.) whose family is also wealthy but is "so square he's got corners." It doesn't take too long to see how well that will work out, as she soon meets bad boy Buzz (Robert Rusler) who charms her despite his less refined background. The other girls also get quite acquainted with the Myrtle Beach townsfolk, with Pudge meeting the equally awkward Chip (Scott Coffey) and Melania latching onto visiting celebrity Jimmy Valentine (Jeff Yagher) who is in town to judge the Sun Queen contest- Melania hopes that he'll help her chances of winning. The big contest and the climax of the film is the Shag dance competition (hence the title).

Like most movies of this type it's rather predictable and is played towards those who lived through the time period, but that's not necessarily a bad thing. The female leads speak in reasonably convincing southern accents (although much of their dialogue is a bit hard to understand) and play the time period humorously without getting campy- the story nods to this being the end of a more innocent era that would soon give way to "free love" by the end of that decade. While the movie doesn't give the actual dancing quite as much screen time as it should, it does feature choreography by Kenny Ortega (whom the back cover of this disc isn't ashamed to cite as the later director of High School Musical, one of my favorite guilty pleasures) and a rather authentic R&B band in many scenes at the local hangout. Plenty of moderate hits and lesser-known songs of the era are featured on the soundtrack; this movie has a history of music changes (due to copyright clearance issues) on its previous video editions and I'm not sure how true to the original this Blu-Ray disc is but nothing seems out of place. While the production makes most scenes look authentic to the time period, I couldn't help notice a few more modern items slip into a few shots- such as an 80s-model Pepsi vending machine. 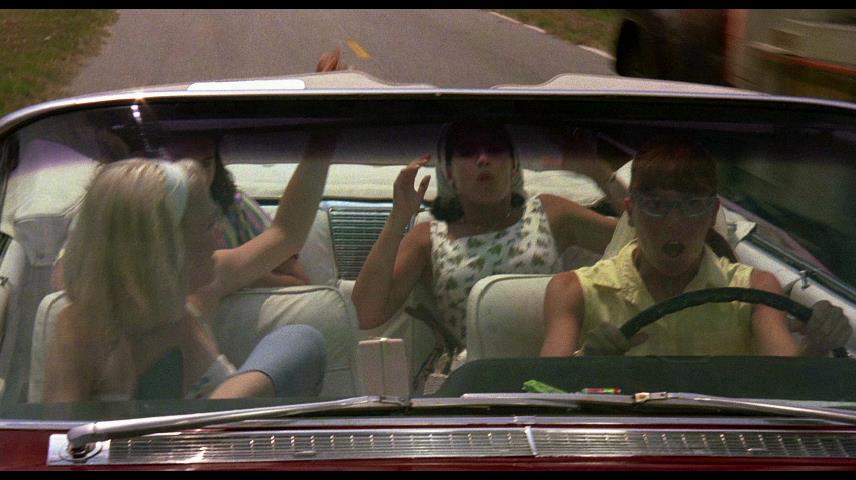 The hi-def transfer from MGM is very clean, with what looks like a slight intentional soft focus. Aspect ratio is in proper 1.85, and seeing that the previous MGM DVD was only in 4x3 letterbox format this should be a big improvement over that.

The matrixed Dolby Stereo mix is preserved in 2-channel DTS Master Audio and is also very clean, possible music replacements notwithstanding. While the use of stereo is a bit inconsistent (some crowd scenes keep all the sound in the center channel), the moments featuring music highlight it quite well- one song performed by the live band has the vocals echoing in the rears, and there's a nice surprise early on when the horn of an oncoming truck is heard from the rear as well.

Hearing-impaired subtitles are included, helpful in decoding some of that southern-accented dialogue.

A hi-def transfer of the theatrical trailer is included with stereo audio, predictably selling the movie as a nostalgia piece as a voiceover says "It was a time of…."- however the copy I received has a visible defect along the outer edge and froze up in the middle of the trailer. If you're the sort of person who buys discs and then waits years before actually watching them, you might want to at least inspect this part to make sure it's OK. 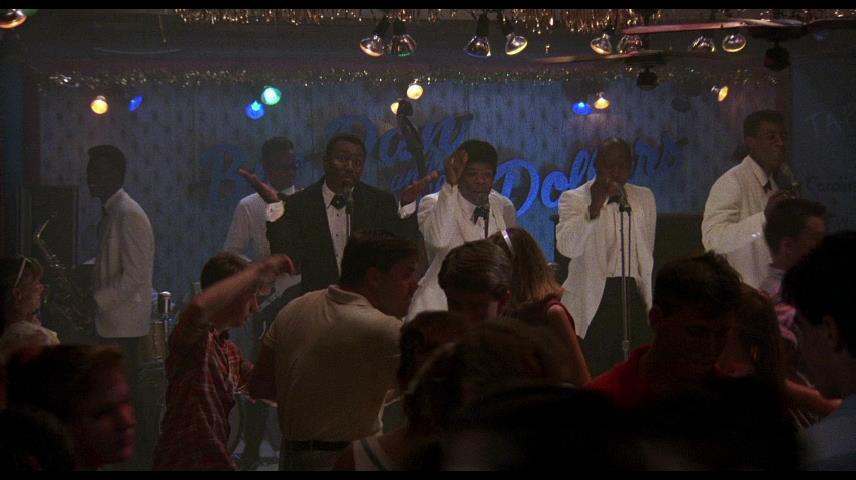 A minor release in a summer of many majors, Shag was largely overlooked but has since become a favorite on video. It's nice to have this on Blu-Ray looking and sounding better than it probably has before, even better than some of the theaters that originally showed it.