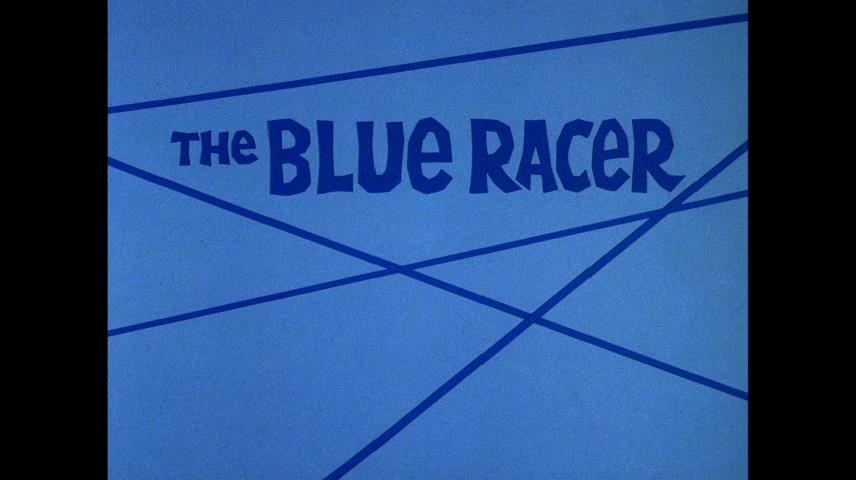 Kino Lorber brings us yet more animated goodness in this latest entry in the DePatie-Freleng Collection. Dating from 1972 and 1973, these cartoon shorts were distributed by United Artists and played in theaters prior to movies, although the showing of pre-movie cartoons had greatly declined by then. Like several of the other DePatie-Freleng series, most of these aren't too big on plot and the first ones stick with the same premise while the later offerings get a bit more creative. The title character (first seen in the previous Tijuana Toads series) is "the fastest snake in the west" and voiced by Larry D. Mann in all except the very first short, where Bob Holt does the honors. At first, his main concern is hunting for food, and his target is usually a Japanese Beetle- meaning a beetle with outrageous Japanese stereotypes (voiced by Tom Holland in all but the first) including imperfect English and martial arts skills. Similar to the Ant and the Aardvark series, the Blue Racer fixates on having him for dinner but is always outwitted- though the Beetle does get into Racer's stomach a few times, he fights his way out with his black-belt karate expertise- in one instance this causes him to lay on the ground saying "that's the first time I've been beaten up from the inside!" Like the Dragonfly in the later Crazylegs Crane series, the Beetle often flies while singing traditional songs with funny made-up lyrics (such as "I wish I was in Tokyo" to the tune of "I wish I was in Dixie.")

Like the previous DePatie-Freleng volumes, I found most of these cartoons to be a bit too similar to enjoy all in one sitting- the first few with the Beetle seemed like they'd all be variations on the same theme. Those who worked on these must have felt likewise too, as the later cartoons give the Beetle a break and put the Racer into some different situations- such as being forced to amuse the annoying son of a threatening John Wayne-like chicken in "Fowl Play" or winding up in Alaska searching for a warm place to sleep in "Freeze a Jolly Good Fellow." He also gets to pursue the opposite sex a few times and even runs into Crazylegs Crane (also voiced by Mann) as well. Still the focus is more on the gags and laughs than any actual plot, and with most of these running exactly 6 minutes and 20 seconds, many of them wrap up suddenly as if someone offscreen was signaling that their time had ran out.

While the visual styles of the cartoons in each previous series seemed to be rather consistent, they vary quite a bit here as different artists worked on different shorts and a couple were even outsourced to overseas studios. Even the title character himself appears different from one short to another. These days it seems refreshing to look at hand-drawn animation after a steady diet of computer-generated toons, even from a time when the quality had lapsed a bit since the days of Looney Tunes. 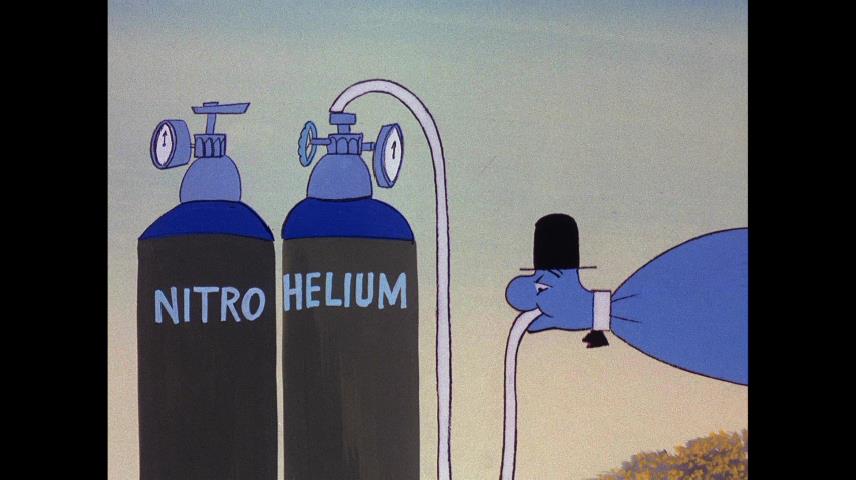 All cartoons are shown in a 4x3 ratio, which may be different from how they were presented in theaters. Aside from a few moments in the first short when some of the characters weren't fully colored in the bottom of the frame, it appears that this is the intended format. The source material isn't quite as clean as those in the other volumes but still in very good condition for the most part; a few cartoons show telltale dirt and film wear at the very end. The dual-layer disc shows no compression artifacts or banding, making for a purely film-like presentation overall. 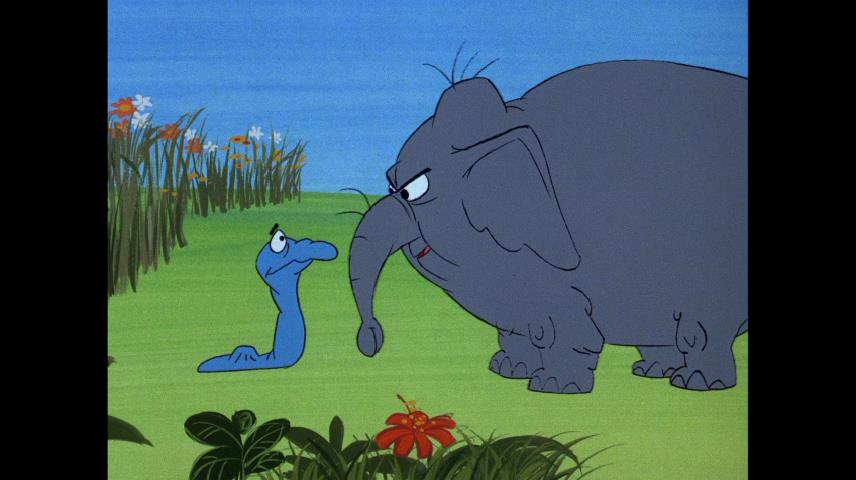 The mono audio tracks are encoded in 2-channel DTS Master Audio (and while the disc is authored to output as a straight bitstream as there's no secondary audio, I was elated to see that my new Marantz receiver will Pro-Logic decode these tracks with no issues, unlike my previous Pioneer which forced them to play in raw 2-channel. The audio stays in the center channel where it belongs in this case.) Quality of sound varies between shorts with nothing sounding amazing but decent overall; sound simply wasn't a high priority for most films of this era and especially cartoons. 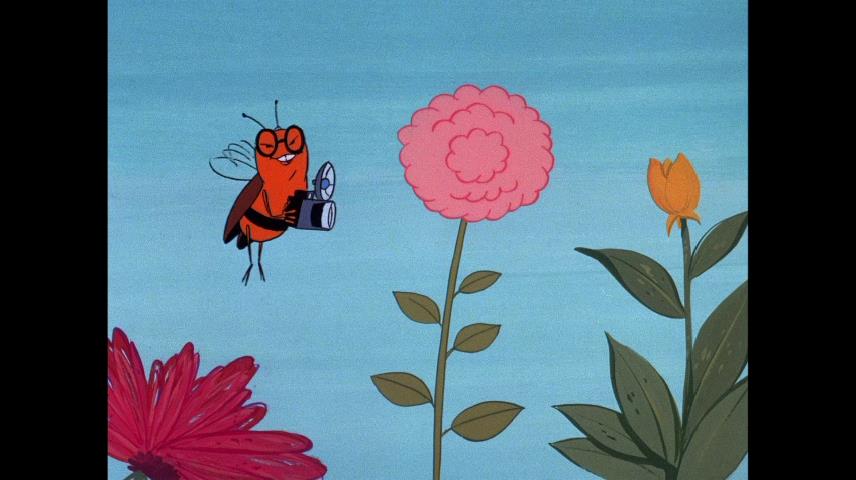 Six cartoons include commentary tracks, although they're authored separately from the actual cartoons themselves (as on the previous discs) so you can't switch back and forth between them and the main audio. The participants are Mark Arnold, Jerry Beck, Greg Ford and William Hohauser who point out details that they particularly like and give a bit of history behind the characters and artists. The final cartoon "Little Boa Peep" also includes some archival audio from director Bob Balser which is of rather poor quality and hard to understand at times.

The featurette "DePatie-Freleng's Range Rovers" gives us some more background of the cartoons we've just seen, and also covers the Sheriff Hoot Kloot series of shorts. "Art for Art's Sake" focuses on animator and director Art Leonardi, with appearances from other DePatie-Freleng staff as well. 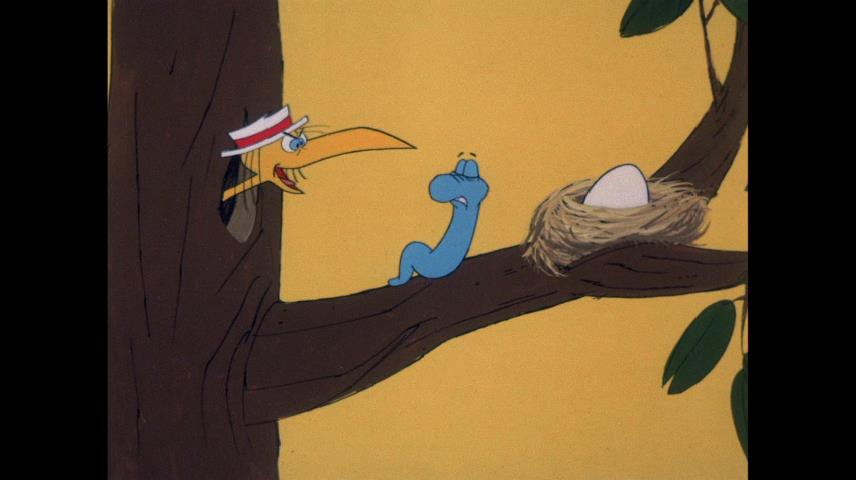 While these cartoons don't really lend themselves to viewing all at once, they're still great fun in smaller doses and the perfect thing to throw on during a movie night. If you've enjoyed the previous entries in this series then you can't go wrong with this, especially if you're of the mind that one can never have too many cartoons in their collection.